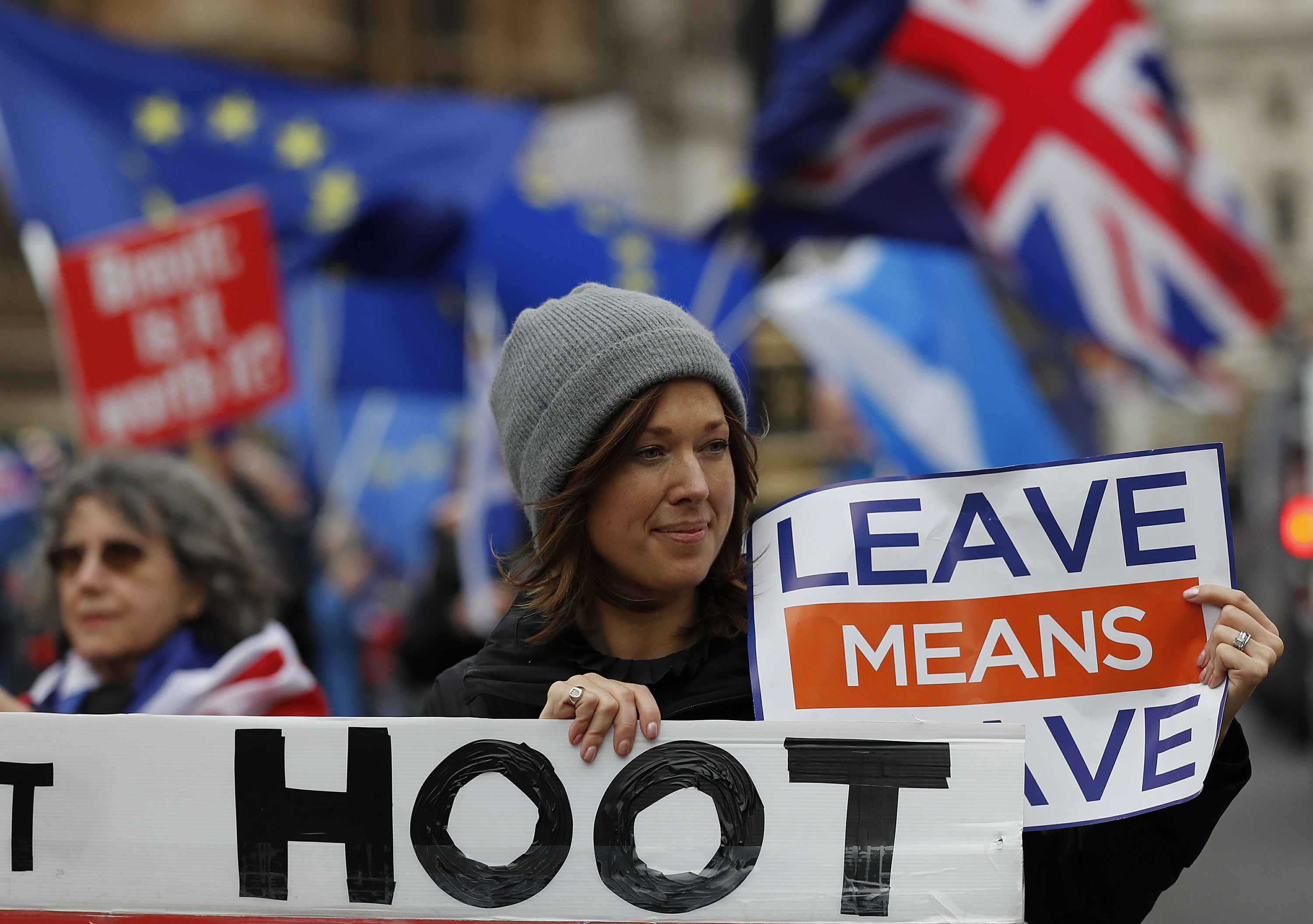 LONDON — British Prime Minister Theresa May warned lawmakers Sunday that they could take Britain into “uncharted waters” and trigger a general election if they reject her Brexit deal in a crucial parliamentary vote this week.

May is fighting to save her unpopular Brexit plan and her job ahead of a showdown in Parliament on Tuesday, when lawmakers are widely expected to vote down the Brexit divorce deal she struck with the European Union. Her Downing Street office insisted that the vote will go ahead despite speculation that the government may be forced to delay it.

A defeat in the vote could leave Britain crashing out of the EU on March 29, the date for Britain’s exit, with no deal in place — an outcome that could spell economic chaos.

In an interview with the Mail on Sunday, May said rejecting her deal would “mean grave uncertainty for the nation with a very real risk of no Brexit or leaving the European Union with no deal.”

“When I say if this deal does not pass we would truly be in uncharted waters, I hope people understand this is what I genuinely believe and fear could happen,” she said.

She also threatened that not backing her would empower the opposition Labour leader.

“I believe Jeremy Corbyn getting his hands on power is a risk we cannot afford to take,” she added.

May’s government does not have a majority in the House of Commons, and opposition parties — as well as many of May’s own Conservatives — have already said they will not back the divorce deal that May and EU leaders agreed on last month.

Pro-Brexit lawmakers say the deal keeps Britain bound too closely to the EU, while pro-EU politicians say it erects barriers between the U.K. and its biggest trading partner and leaves many details of the future relationship undecided.

Both sides also strongly object to a “backstop” provision in the Brexit agreement that would keep Britain in a customs union with the EU in order to guarantee an open border between EU member Ireland and the U.K.’s Northern Ireland.

Former Cabinet minister Esther McVey, who resigned over the Brexit deal, said Sunday that May must immediately return to the EU and “get a better deal” if she loses Tuesday’s vote. She said the Irish border backstop should be removed.

EU leaders have insisted the divorce agreement is final and not renegotiable. However, while the 585-page withdrawal deal is set, the declaration on future relations between the EU and Britain is shorter and vaguer and may be open to amendment.