Wintry storm ices roads across much of US Southeast 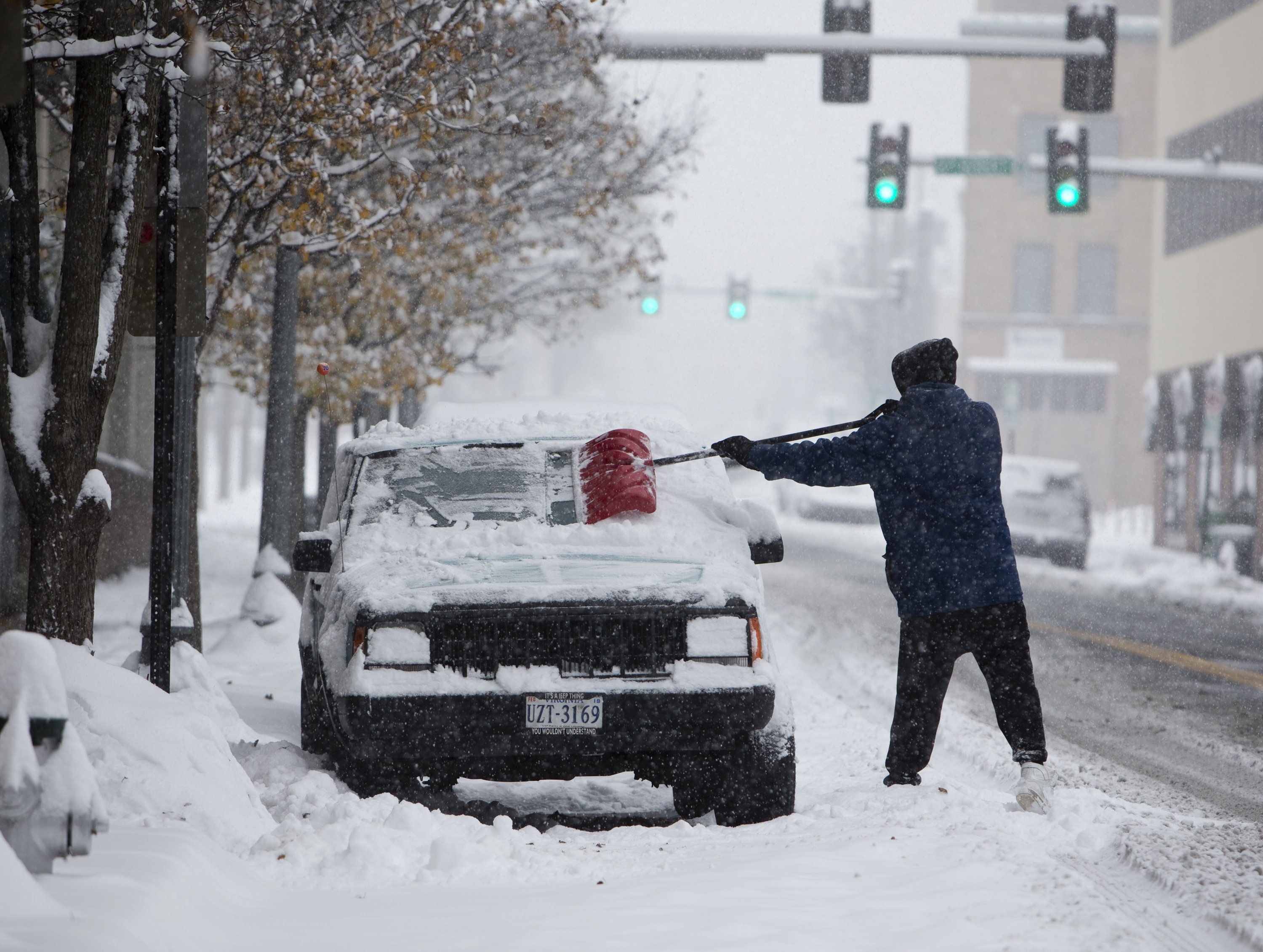 Accidents on snow-covered interstates caused major delays Sunday, hundreds of flights were canceled and drivers in North Carolina and Virginia got stuck in snow or lost control on icy patches. But the commuters’ nightmare provided pre-winter thrills for kids and the young at heart, who were able to go sledding and build snowmen in places that don’t often see so much of the white stuff.

The National Weather Service said a “prolonged period of snow” began late Saturday and would last until Monday in the region, with the heaviest snow in northwest North Carolina and southern Virginia. Some areas of North Carolina and Virginia saw more than a foot (30 centimeters) of snow by Sunday afternoon.

More than 300,000 power outages were reported across the region, with North Carolina bearing the brunt of it, and nearly 270,000 remained without power Monday morning, according to poweroutage.us. South Carolina and Virginia, along with parts of Alabama, Georgia and Tennessee, also saw outages.

North Carolina Gov. Roy Cooper is urging residents to “stay put” and “watch some football” as a snow storm is dumping nearly a foot of snow in some parts of the state. Cooper says authorities have responded to hundreds of crashes since the storm has begun. (Dec. 9)

Police in North Carolina and Virginia said they’d responded to hundreds of snow-related traffic accidents as of Sunday afternoon, as cars, trucks and tractor-trailers all struggled with the snow and ice.

“Stay put if you can,” Cooper said Sunday. “Wrap a few presents, decorate the tree, watch some football.”

Five members of a dive team searched the Neuse River in Kinston, North Carolina, for a missing driver Sunday after a tractor-trailer ran off a road and into the river, WRAL-TV reported . Police just outside of Charlotte said a driver died when a tree fell on a moving vehicle.

Some found that walking was a more reliable means of transportation as the roads were blanketed with a wintry mix. On Sunday, Tervante Wilkerson trudged through blowing snow up Old NC 98 in Wake Forest, North Carolina, to walk across town to see his two young children.

Still, he made light of the situation, saying: “It’s definitely a Kodak moment in Wake Forest.”

American Airlines also issued a travel alert for nine airports throughout the Carolinas, Tennessee, and Virginia, meaning passengers may be able to change travel plans without a fee.

Travelers were advised to check their flight status before heading to the airport. Cancellations were reported on flights from as far as the Midwest.