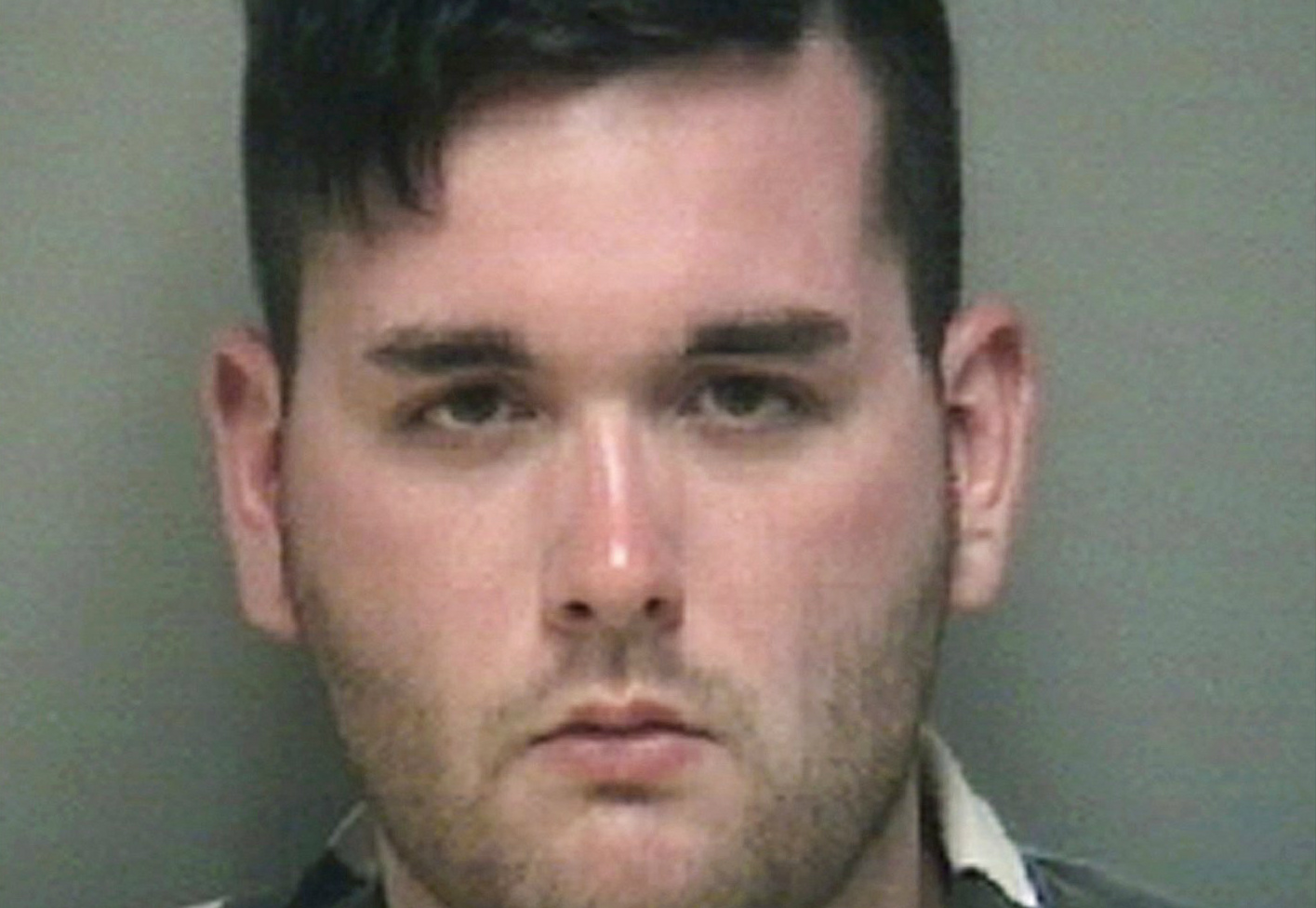 CHARLOTTESVILLE, Va. — Several people who were severely injured when a man drove his car into counterprotesters at a white nationalist rally last year described devastating physical and psychological effects to a jury tasked with making a sentencing recommendation Monday.

Jurors on Friday convicted James Alex Fields Jr. of first-degree murder and other charges for ramming his car into a crowd in Charlottesville during a “Unite the Right” rally on Aug. 12, 2017. Heather Heyer, a 32-year-old paralegal, was killed and dozens were injured. Under the law, the jury can recommend from 20 years to life in prison.

Heyer’s mother, Susan Bro, told jurors that her daughter’s death has been “an explosion in our family” and “we are forever scarred by the pain.”

“Some days I can’t do anything but cry and sit and stare as the grief overtakes me,” she said.

Jeanne “Star” Peterson said her life has been “a living nightmare” since she was hit by Fields’ car. Her right leg was shattered, and she’s had five surgeries to try to repair it. She also suffered a broken spine and still hasn’t been able to return to work.

Fields, 21, drove to Virginia from his home in Maumee, Ohio, to support the white nationalists. After the rally, as a large group of counterprotesters marched through Charlottesville singing and laughing, he stopped his car, backed up, then sped into the crowd, according to testimony from witnesses and video surveillance shown to jurors.

Wednesday Bowie, a counterprotester who got caught on the trunk of Fields’ car when he backed up and was then slammed into a parked truck and thrown to the ground, told the jury “the world is not a safe place” with Fields in it.

In convicting Fields on Friday, the jury rejected his lawyers’ arguments that he acted in self-defense. Jurors also convicted Fields of eight other charges, including aggravated malicious wounding and hit and run.

Prosecutors told the jury during his trial that Fields was angry after witnessing violent clashes between the two sides earlier in the day. The violence prompted police to shut down the rally before it even officially began. The trial also featured emotional testimony from survivors.

The Unite the Right rally had been organized in part to protest the planned removal of a statue of Confederate Gen. Robert E. Lee. Hundreds of Ku Klux Klan members, neo-Nazis and other white nationalists — emboldened by the election of President Donald Trump — streamed into the college town for one of the largest gatherings of white supremacists in a decade. Some dressed in battle gear.

Afterward, Trump inflamed tensions even further when he said “both sides” were to blame, a comment some saw as a refusal to condemn racism.

According to one of his former teachers, Fields was known in high school for being fascinated with Nazism and idolizing Adolf Hitler. Jurors were shown a text message he sent to his mother days before the rally that included an image of the notorious German dictator. When his mother pleaded with him to be careful, he replied: “we’re not the one (sic) who need to be careful.”

Fields’ lawyers told the jury that he drove into the crowd on the day of the rally because he feared for his life and was “scared to death” by earlier violence he had witnessed. A video of Fields being interrogated after the crash showed him sobbing and hyperventilating after he was told a woman had died and others were seriously injured.

Fields is eligible for the death penalty if convicted of separate federal hate crime charges. No trial has been scheduled yet.