Trump to meet with Democrats on border wall, shutdown 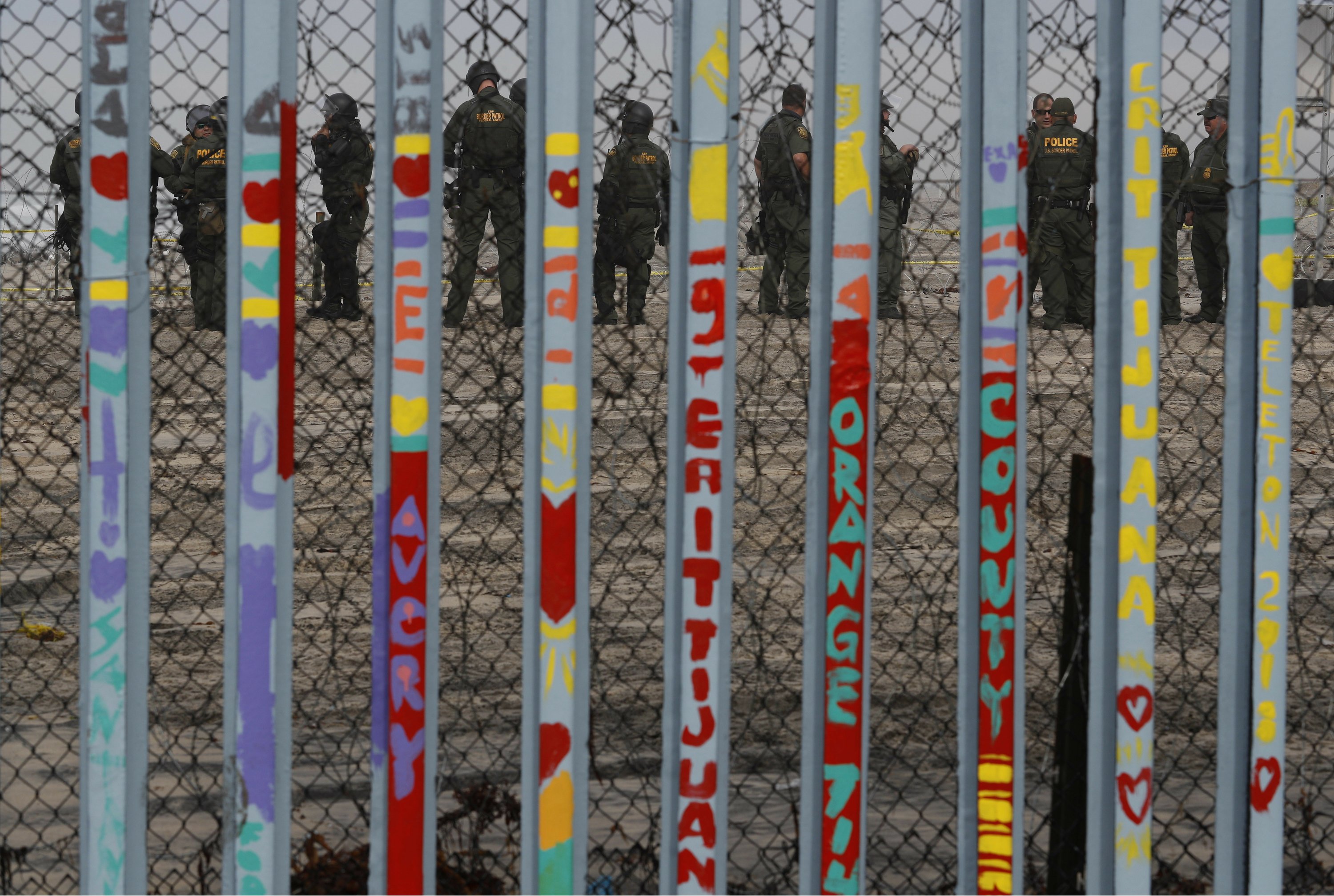 WASHINGTON — President Donald Trump and Democratic congressional leaders are seeking to avert a partial government shutdown amid a sharp dispute over Trump’s border wall and a lengthy to-do list that includes a major farm bill and a formal rebuke of Saudi Arabia for the slaying of journalist Jamal Khashoggi.

“Republicans still control the House, the Senate and the White House, and they have the power to keep government open,” Pelosi and Schumer said in a joint statement Monday.

“Our country cannot afford a Trump Shutdown,” the Democrats said, adding that Trump “knows full well that his wall proposal does not have the votes to pass the House and Senate and should not be an obstacle to a bipartisan agreement.”

Republican congressional leaders have repeatedly said it’s up to Trump to cut a deal with Democrats, an acknowledgement of their own inability to produce spending bills with Republican votes alone.

That gives Democrats some momentum heading into the closed-door talks, which also could veer into Trump’s request for emergency funding for deadly wildfires in California and a Republican-sponsored bill to extend expiring tax breaks and delay some health-care taxes.

Before lawmakers adjourn for the year they also may consider a bipartisan criminal justice reform bill, a bill to protect special counsel Robert Mueller and a plan to overhaul the system for handling sexual harassment complaints on Capitol Hill.

By far the biggest unresolved issue is the border wall. Trump wants the next funding package to include at least $5 billion for the wall with Mexico, an idea Democrats have flatly rejected.

Pelosi and Schumer have urged Trump to support a bill that includes a half-dozen government funding bills largely agreed upon by lawmakers, along with a separate measure that funds the Department of Homeland Security at current levels through Sept. 30. The homeland bill includes about $1.3 billion for fencing and other security measures at the border.

If Trump does not agree to that, Democrats will likely urge a continuing resolution that funds all the remaining appropriations bills at current levels through Sept. 30, an aide said. The aide was not authorized to discuss strategy by name and requested anonymity.

Trump said Friday that Congress should provide all the money he wants for the wall and called illegal immigration a “threat to the well-being of every American community.”

At an appearance in Kansas City, Missouri, Trump accused Democrats of playing a political game and said it was one he ultimately would win.

“I actually think the politics of what they’re doing is very bad for them,” Trump said of Democrats. “We’re going to very soon find out. Maybe I’m not right. But usually I’m right.”

Pelosi, who is seeking to become House speaker in January, said she and many other Democrats consider the wall “immoral, ineffective and expensive” and noted that Trump promised during the 2016 campaign that Mexico would pay for the wall — an idea Mexico has repeatedly rejected.

Protecting borders “is a responsibility we honor, but we do so by honoring our values as well,” Pelosi said last week.

Schumer said Democrats want to work with Trump to avert a shutdown, but said money for border security should not include the concrete wall Trump has envisioned. Instead, the money should be used for fencing and technology that experts say is appropriate, Schumer said.

“We do not want to let a Trump temper tantrum govern our policies or cause the shutdown of a government, which everyone on both sides of the aisle knows is the wrong idea,” Schumer said. If Trump “wants to shut down the government over Christmas over the wall, that’s his decision,” he said.

Vermont Sen. Patrick Leahy, the top Democrat on the Senate Appropriations Committee, said Trump was all that stands between fully funding the government and a shutdown.

“Time and again, President Trump has used the government of the American people as a bargaining chip for his fabricated solution to his manufactured crisis,” Leahy said Monday in a Senate speech.

Trump “wants to score a made-for-reality-TV moment and he doesn’t care how many hardworking Americans will suffer for it,” Leahy said. “This is not about border security. This is about politics, pure and simple.”

Trump “wants to secure the border. He got elected president on that platform,” Scalise told Fox News Channel.

If there’s a better way to secure the border than the $5 billion plan Trump has laid out, Democrats “need to come with an alternative,” Scalise said Monday. “They can’t come and say they want to shut the government down for no reason because they don’t want border security. They’ll lose that argument with the American people.”

Senate Appropriations Chairman Richard Shelby, R-Ala., said Monday he does not believe Trump or Democrats want to shut the government down.

“When I was with him the indication was he didn’t want to shut the government down, but he did want his wall,” Shelby said.