As May faces leadership vote, a look at what happens next 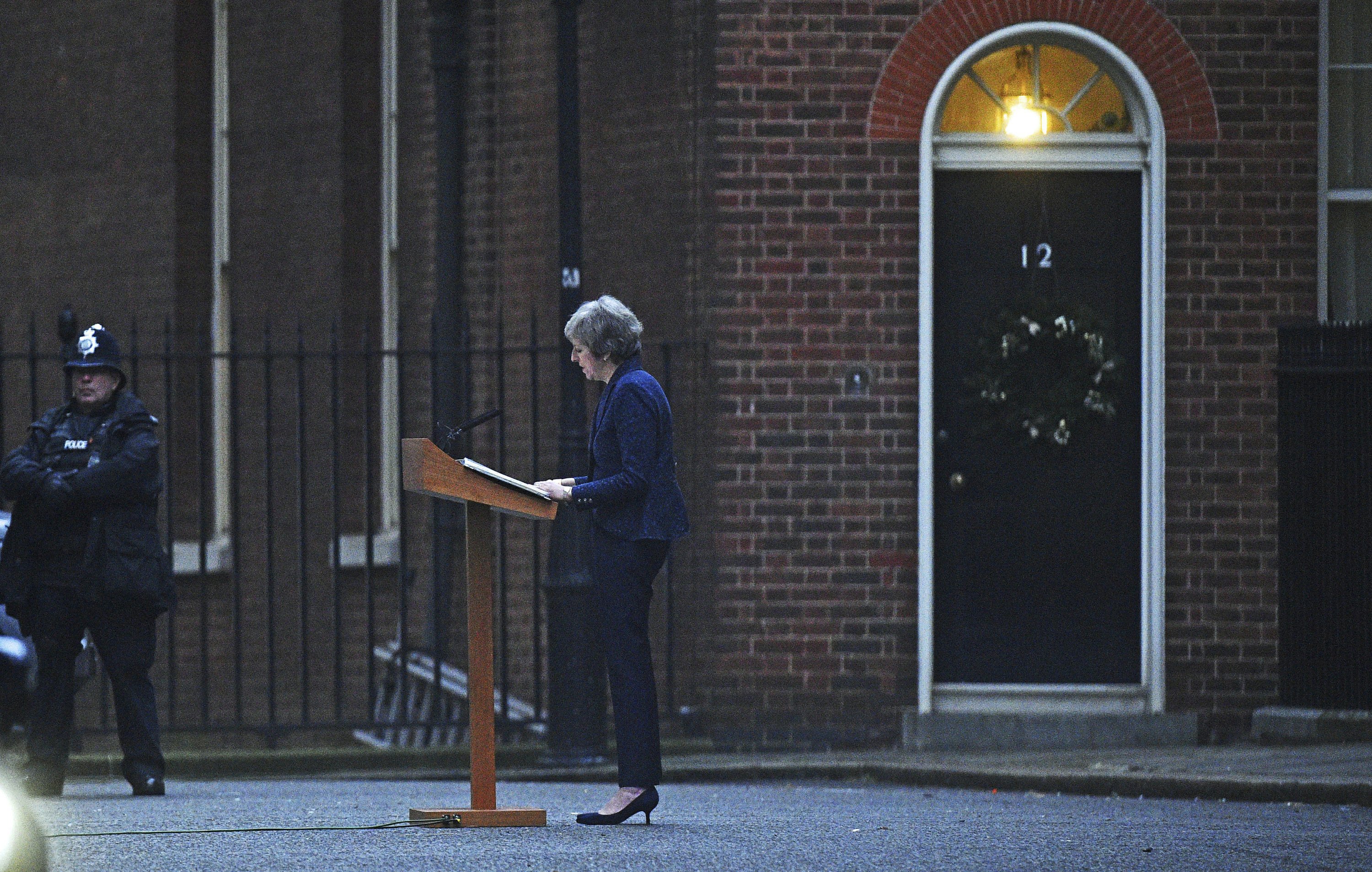 LONDON — British Prime Minister Theresa May is facing a no-confidence vote from Conservative lawmakers angry about the divorce deal she has struck with the European Union.

Here’s a look at how the Conservative Party goes about challenging and changing leaders.

THE NO CONFIDENCE VOTE:

A confidence vote in the leader is triggered if 15 percent of Conservative lawmakers — currently 48 — write a letter to Graham Brady, head of the party’s 1922 Committee of backbenchers. Brady said Wednesday that the threshold had been reached and the vote will be held later in the day.

All 315 Tory legislators can vote on the confidence motion. May needs 158 votes to win — and if she does, there can’t be another challenge for a year.

If she loses, she must resign and a party leadership contest is held in which she is barred from running. All other Conservative lawmakers can run.

THE LEADERSHIP CONTEST IF MAY LOSES:

Conservative leadership contests have two parts. After candidates come forward, Conservative lawmakers vote first. The candidate with lowest number of votes drops out and voting continues until there are two contenders left.

The final two candidates are put to a vote of the full party membership across the country.

In the last leadership contest in 2016, members never got to vote because all the candidates dropped out but one: May.

May remains prime minister and party leader until a replacement is chosen. The winner of the vote becomes Conservative leader and prime minister, without the need for a national election.

Former Foreign Secretary Boris Johnson and former Brexit Secretary Dominic Raab are the bookmakers’ favorites for the top job if May loses the confidence vote.