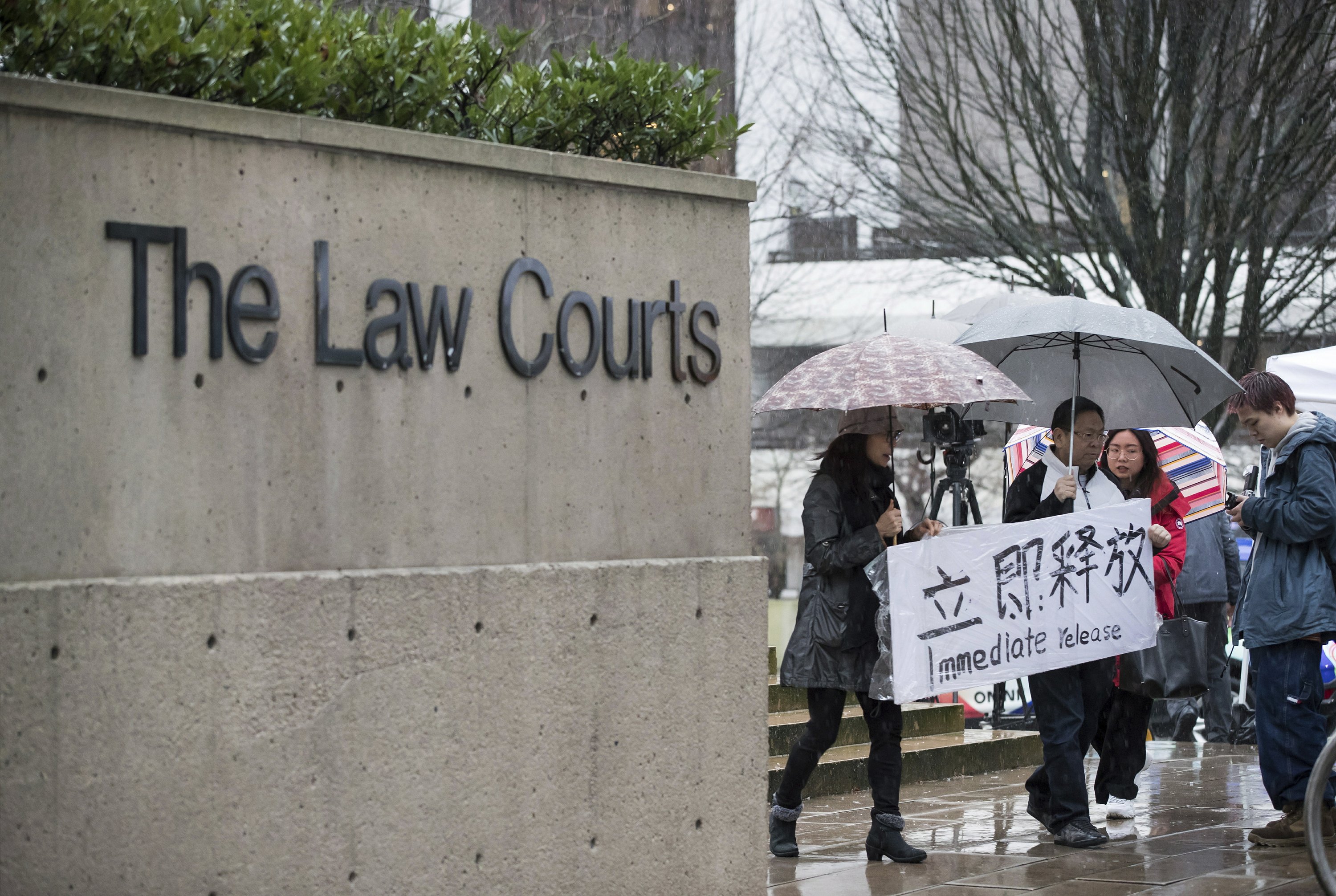 BEIJING — China’s Foreign Ministry on Wednesday denied knowledge of the detention of a former Canadian diplomat, as Chinese citizens rejoiced over a Canadian court’s decision to release a top Huawei Technologies executive on bail.

The release of Huawei Technologies’ chief financial officer, Meng Wanzhou, prompted an outpouring of support on social media for her and her company, which is based in the southern Chinese city of Shenzhen.

Zeng Yuan, a university student in Beijing, was among many who believe the detention of former diplomat Michael Kovrig was related to Meng’s case.

“It is a kind of declaration to the Canadian government,” the finance student told The Associated Press. “This makes sense. China cannot sit and await its fate, and let them make ambiguous accusations against Chinese citizens.”

Meng was detained Dec. 1 at the request of the U.S., which accuses Huawei of using a Hong Kong shell company to sell equipment to Iran in violation of U.S. sanctions.

After three days of hearings, a British Columbia justice granted bail Tuesday of 10 million Canadian dollars ($7.5 million) to Meng, but required her to wear an ankle bracelet, surrender her passports, stay in Vancouver and its suburbs and confine herself to one of her two Vancouver homes from 11 p.m. to 6 a.m.

A Canadian court granted bail Tuesday to a top Chinese executive arrested at the United States’ request. Meng Wanzhou, CFO of Chinese telecommunications giant Huawei, has to wear an ankle bracelet and stay in Vancouver and its suburbs. (Dec. 12)

While declining to confirm Kovrig’s detention, Foreign Ministry spokesman Lu Kang said the International Crisis Group, where Kovrig is a Hong-Kong-based analyst, was not registered in China and its activities in the country were illegal.

“I do not have information to provide you here,” he said. “If there is such a thing, please do not worry, it is assured that China’s relevant departments will definitely handle it according to law.”

Because Kovrig’s organization is not registered as a non-governmental organization in China, “once its staff become engaged in activities in China, it has already violated the law,” Lu said.

He repeated China’s demand for the immediate release of Meng, whose father founded Huawei, a leading telecommunications equipment maker that has strong connections to the Chinese government and military.

Meng’s case has set off a diplomatic furor among the three countries and complicated high-stakes U.S.-China trade talks.

Rob Malley, president of the Brussels-based group, said he thinks Kovrig was in Beijing on personal matters at the time of his arrest and was definitely not there for any illegal purpose or for any reason that would undermine Chinese national security.