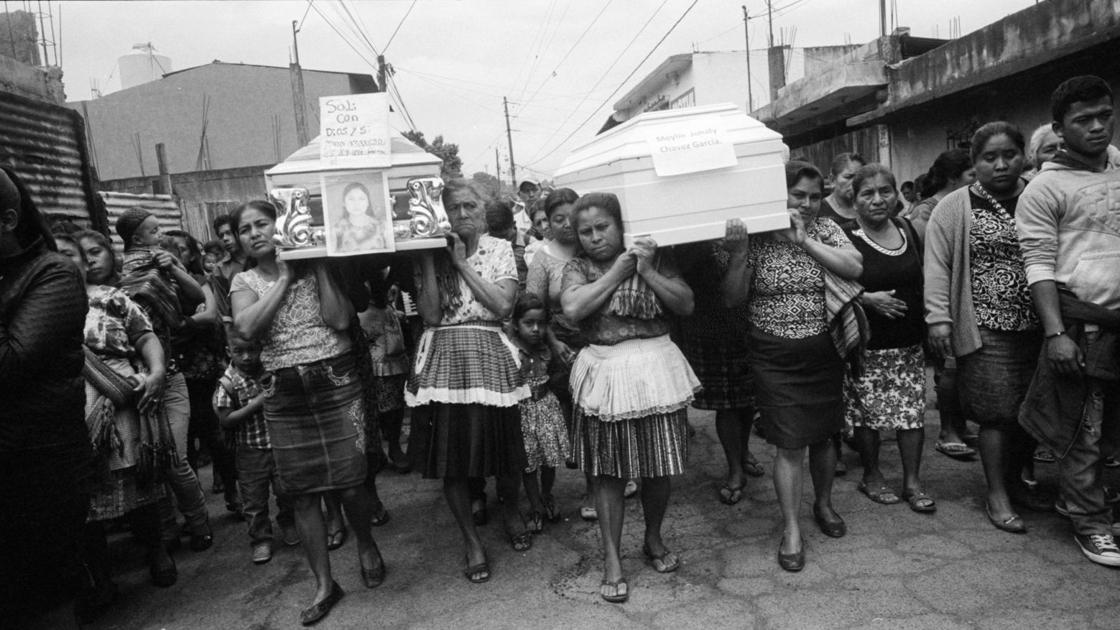 SAN MIGUEL LOS LOTES, Guatemala — They call it the Volcano of Fire, one of the most active volcanoes in the Americas, frequently spewing ash and gas across a swath of Guatemala west of the capital. On June 3, the mountain erupted with a fury not seen in more than a century, exploding with 1,300-degree molten rocks and black clouds of ash that smothered villages and buried at least 194 people alive. An additional 234 are missing.

Rodrigo Abd was among the Associated Press photojournalists who arrived on the scene. As he covered the news, he considered how to capture the sweep of the volcano’s destructive power and the magnitude of the human drama that unfolded in minutes. How to document the tragedy — of lives and a landscape obliterated — on a piece of 35mm film?

Abd decided that the panoramic format was necessary to tell this story of annihilation. Black and white film would best show ash-encased villages such as San Miguel Los Lotes.

Peering through his lens, and through clouds of hot ash, he found Elmer Vazquez searching for his wife and five children where he thought the family home had been. The farmer looked destroyed as he climbed into pits dug by a backhoe whenever he saw human remains or bits of torn clothing that could have belonged to his family.

In a makeshift morgue, dozens of victims’ bodies wrapped in white bags formed a kind of silent corridor that ended with two exhausted forensic doctors taking a break after days and nights of continuous work.

Outside the morgue, anxious relatives waited for the results of DNA tests to see if their loved ones were among those inside, while others prepared to hold dignified burials in the town cemetery.

In San Miguel Los Lotes, the drama did not end in those first days. Ten days after the volcano blew, Angelica Maria Alvarez continued looking for her husband, two daughters and more than nine relatives in a house turned to twisted iron and hot ash.

Six months after what is now being called “The Colossus,” relatives still seek missing family members by their own means, as the government and relief agencies have ended their search for the dead.