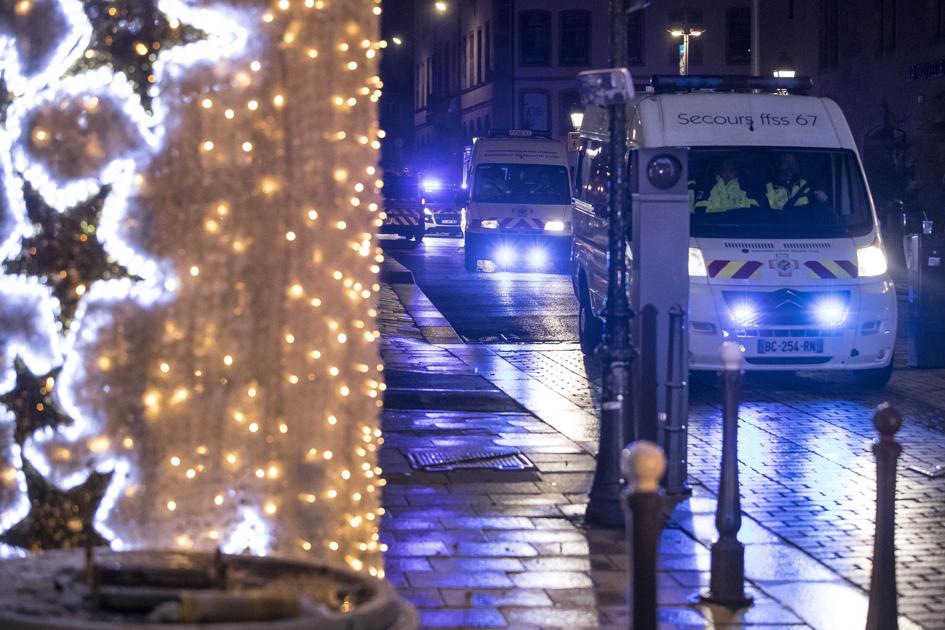 STRASBOURG, France — The Latest on a shooting attack at a Christmas market in France (all times local):

The European Parliament is planning a minute of silence at noon to remember the victims of the Strasbourg shooting, which happened only a few kilometers (miles) from the legislature.

European Parliament Antonio Tajani called the shooting “a criminal attack against peace, against democracy, against our model of life.”

He said that even as the Parliament went into a lockdown late Tuesday, legislators continued their work until midnight. “We have to go forward and not change our ways,” Tajani said.
___

The suspected Strasbourg gunman was convicted of robbery in Germany in 2016 and sentenced to two years and three months in prison for breaking into a dental practice and a pharmacy.

The verdict from a district court in Singen, obtained by The Associated Press, says he was also sentenced to prison in France in 2008 and in Basel, Switzerland in 2013 for various robberies. News agency dpa reported that he was deported to France in 2017.

According to the verdict, the suspected attacker grew up with six siblings in Strasbourg, worked for local authorities after leaving school and had been unemployed since 2011. He said he had been traveling a lot and had already spent four years in prison. The German robberies took place in Mainz, near Frankfurt, in 2012 and in Engen, near the Swiss border, in 2016.

A man who had been flagged as a possible extremist sprayed gunfire near the famous Christmas market in the French city of Strasbourg on Tuesday, killing three people, wounding up to a dozen and sparking a massive manhunt. (Dec. 12)

A senior French government official says that five people have been detained as police hunt for the man who attacked the Strasbourg Christmas market, but the gunman remains at large.

Laurent Nunez, secretary of state for the interior ministry, said Wednesday on France-Inter radio that the attacker could have fled to neighboring Germany.

He said that three people were killed and 13 injured, eight of them seriously. He denied reports of a police intervention at the city’s famed cathedral but said the search for the attacker is constantly evolving.

Nunez said the assailant had been identified as a suspected extremist during his past stays in prison but said the motive for the attack remains unclear. A terrorism investigation was opened.
___

France is hunting for a suspected extremist who sprayed gunfire near the famous Christmas market in the eastern city of Strasbourg, killing three and wounding at least 11.

The government raised the security alert level and sent police reinforcements to Strasbourg where some 250 security forces are searching for the assailant.

The attacker is a 29-year-old with a police record in France and neighboring Germany who had been flagged for extremism. A terrorism investigation was opened.

While authorities urged people in the area to stay inside, Strasbourg Mayor Roland Ries told BFM television Wednesday that “life must go on” so that the city doesn’t cede to a “terrorist who is trying to disrupt our way of life.”

Strasbourg is considered one of Europe’s capitals. It’s home to the European Parliament.