The Latest: Strasbourg shooting: 2 dead, up to 8 wounded 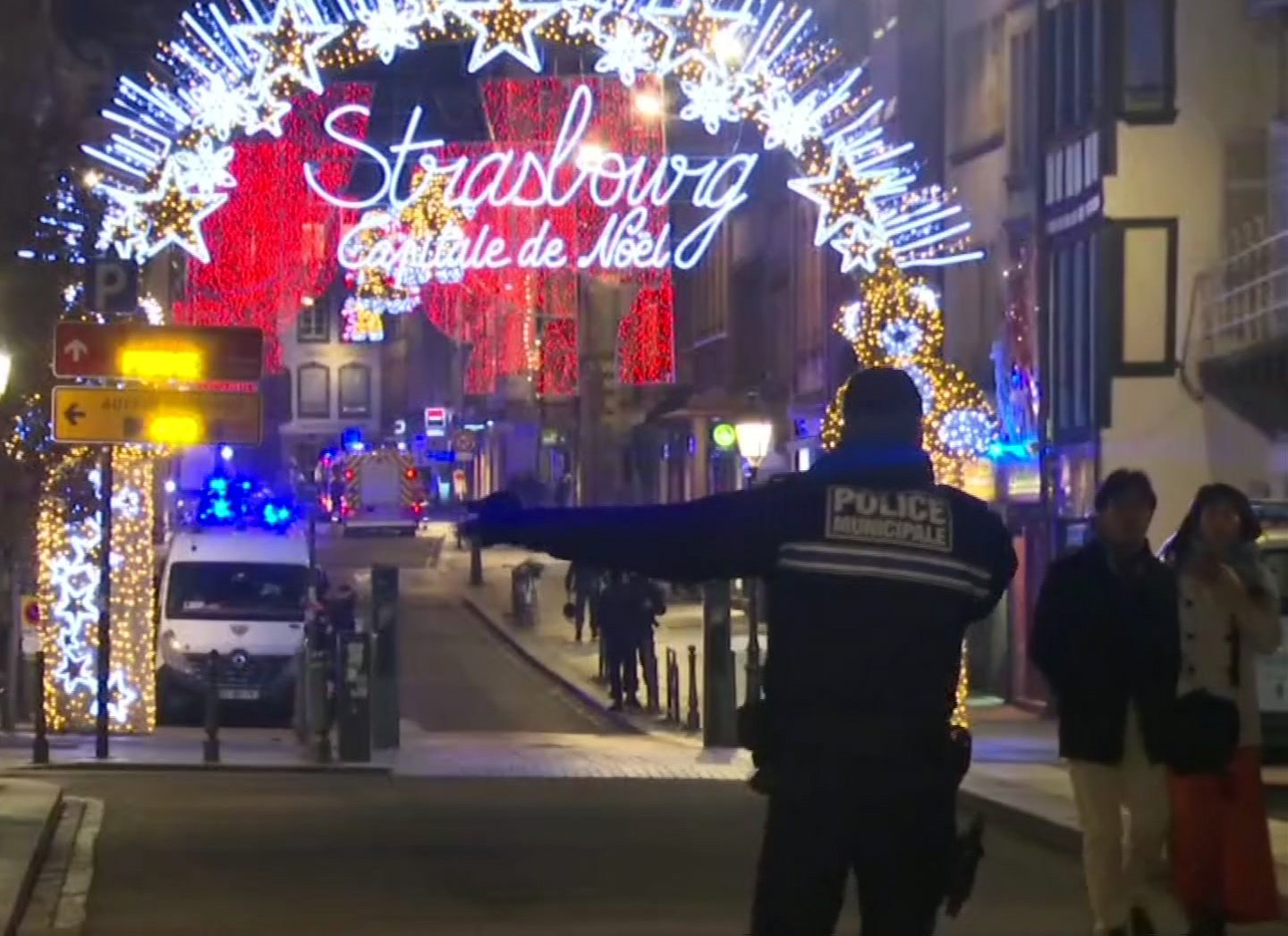 PARIS — The Latest on shooting in Strasbourg (all times local):

France’s interior minister says that two people have been killed and up to eight wounded in a shooting near Strasbourg’s Christmas market.

Christophe Castaner told reporters that several of the wounded are in critical condition. He said that the gunman, who is still at large, has been identified and he has a criminal record.

It wasn’t immediately clear if terrorism was the motive behind the attack.

Castaner added that police operations were still underway and that he would not give further details, saying he would travel to Strasbourg.
___

A French regional official says that a shooting in Strasbourg has left at least one dead and 10 wounded in the city center near a world-famous Christmas market.

The prefect of France’s Bas-Rhin region says the gunman, who is still at large, has been identified.

Authorities haven’t given a motive for the shooting.

French media have reported a shooting in Strasbourg, and the Interior Ministry has called on the public to remain indoors amid a “serious security event” in the city center.

Local authorities in the Grand-Est and Bas-Rhin region tweeted for the public to “avoid the area of the police station,” which is close to the city’s Christmas market.

Some Strasbourg residents have reported hearing gunfire in some parts of the city center.