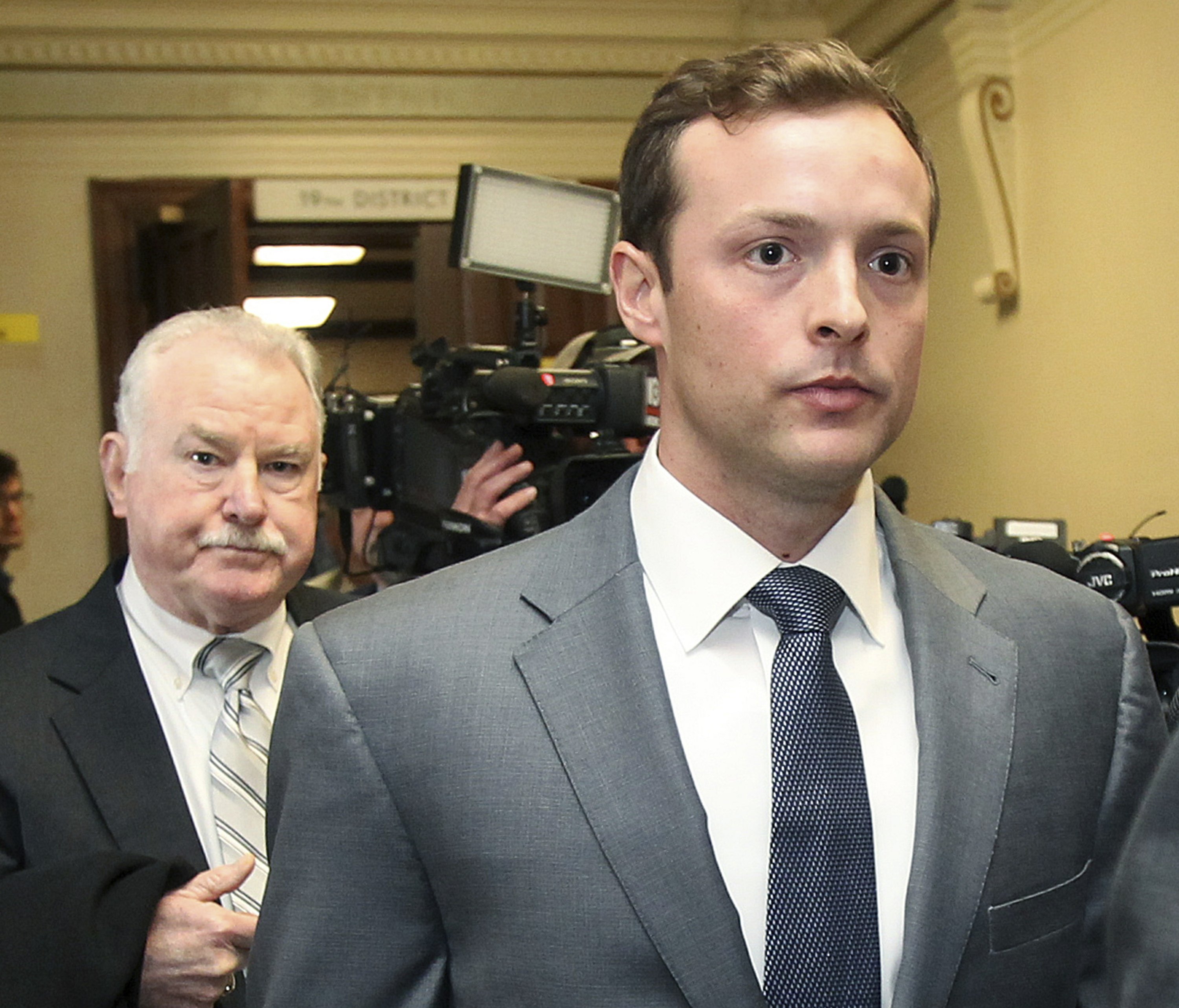 DALLAS — Attorneys for a former Baylor University student accused of rape have broken their silence after a judge allowed the former fraternity president to avoid serving jail time, attacking the ex-fraternity president’s accuser and saying she gave “inconsistent” statements to the prosecution.

Attorneys Mark Daniel and Tim Moore said that a statement in a Waco, Texas, court Monday by the woman who accused Jacob Walter Anderson was “riddled with distortions and misrepresentations.” They said Anderson and the woman were seen by many people “kissing passionately” at a fraternity party where she says the assault occurred. They also said her claim that she was choked was “absolutely contrary” to evidence.

Anderson’s attorneys had declined comment when Judge Ralph Strother accepted a plea agreement Monday allowing Anderson to avoid jail or be listed as a sex offender. The judge’s decision sparked outrage and on Tuesday Anderson’s attorneys spoke to the Waco Tribune-Herald to respond to what they called “significant misrepresentations” about the case.

The woman has sharply criticized both the judge and prosecutors, saying Anderson stole her power over her body.

The woman has said she was plied with a drink of punch at the fraternity party in 2016 and became disoriented. Anderson, the woman said, led her behind a tent and repeatedly raped her while she was gagged and choked. Anderson’s attorneys said no drugs were found in her system.

Vic Feazell, a spokesman for the woman’s family, told the newspaper that it’s easy for Anderson’s attorneys to make the statements after the fact, describing their comments as untrue.

“If they wanted to cross-examine her, we should have had a trial,” he told the newspaper.

The woman has not been identified and The Associated Press generally does not name possible victims of sexual assault.

Anderson was indicted on sexual assault charges and the deal allowed him to plead no contest to a lesser charge of unlawful restraint. He agreed to seek counseling and pay a $400 fine. He was expelled from Baylor after a separate university investigation.

Anderson now is a senior at the University of Texas at Dallas, according to a directory. An online petition calling for Anderson to be removed from the school has garnered thousands of signatures.

The school acknowledged the petition in a post on Facebook, saying the “safety and well-being of our students, faculty and staff are of the utmost importance.”

In a later statement that did not name Anderson, University of Texas at Dallas President Richard Benson said the school admitted a student two years ago “without knowing their legal history.” He said the student will not be allowed on campus as a student or guest and will not take part in the university’s commencement activities.

“I am grateful to the UT Dallas students, faculty and other community members who have shared their concerns, disappointment and outrage over this student’s presence on our campus,” he said in the statement.