Opinion: Time gets Person of the Year wrong 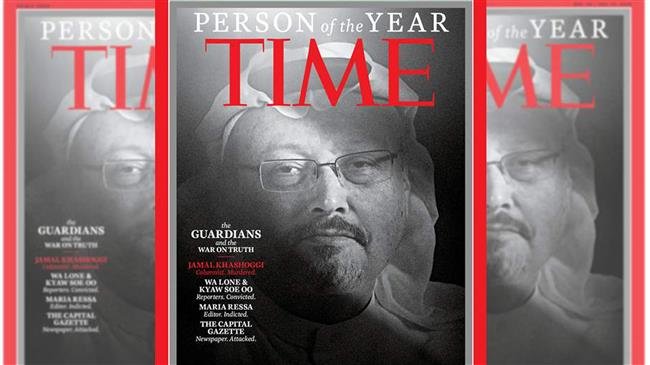 On Tuesday, Time named its annual Person of the Year, choosing four journalists and a newspaper it is dubbing “The Guardians” in the “War on Truth,” but the choice of winners seems more designed to advance lies than truth and to attack President Donald Trump. The “guardians” include Jamal Khashoggi, Maria Ressa, Wa Lone, Kyaw Soe Oo, and the Capital Gazette in Annapolis, Maryland.

Khashoggi’s death has advanced the “War on Truth” far more than it fought it. Khashoggi was an advocate for the Muslim Brotherhood, and one who helped Saudia Arabia disseminate propaganda. The left-wing Washington Post, for whom Khashoggi wrote op-eds, refuses to see him as anything but a pro-West reformer. Khashoggi was anti-Saudia Arabia, Trump’s strongest ally in the Muslim world, which is what endeared Khashoggi to the Left.

Maria Ressa is the editor of a Philippine newspaper that criticizes the right-wing, semi-authoritarian government, risking the lives of its employees in the process. Ressa and her staff are brave, but one wonders why Time didn’t choose journalists who risk death by criticizing left-wing governments such as those in China, Cuba, or Venezuela.

Rewarding a group of deceased journalists from the Capital Gazette in Annapolis, Maryland, seems designed to criticize Trump instead of to honor the dead and the truth. This past June, a gunman murdered five journalists in Annapolis. Left-wing commentators blamed the shooting on Trump’s anti-press rhetoric; however, the gunman claimed he committed the shooting over articles that brought up his criminal past.

Two of the journalists, Wa Lone and Kyaw Soe Oo, were arrested in Myanmar for reporting on the government’s brutal treatment of Rohingya Muslims. Their arrest may not have been the biggest story of 2018, but they deserve accolades for bravery.

If Time wanted to honor journalists, it should have included Tommy Robinson, who was arrested and nearly murdered in prison after he videotaped outside of a Muslim child-grooming trial. Robinson is no less of a journalist than Khashoggi was, and Robinson’s inclusion would also honor those journalists who have been removed from social media by left-wing censors.

Xi Jinping, China’s authoritarian leader, should have been Time’s Person of the Year for 2018. Xi was a central player in far more important stories: trade wars with the United States, nuclear talks with North Korea, the arrest of a Huawei executive, and Xi’s own increasingly-authoritarian moves. These stories were far more important than those surrounding journalists.