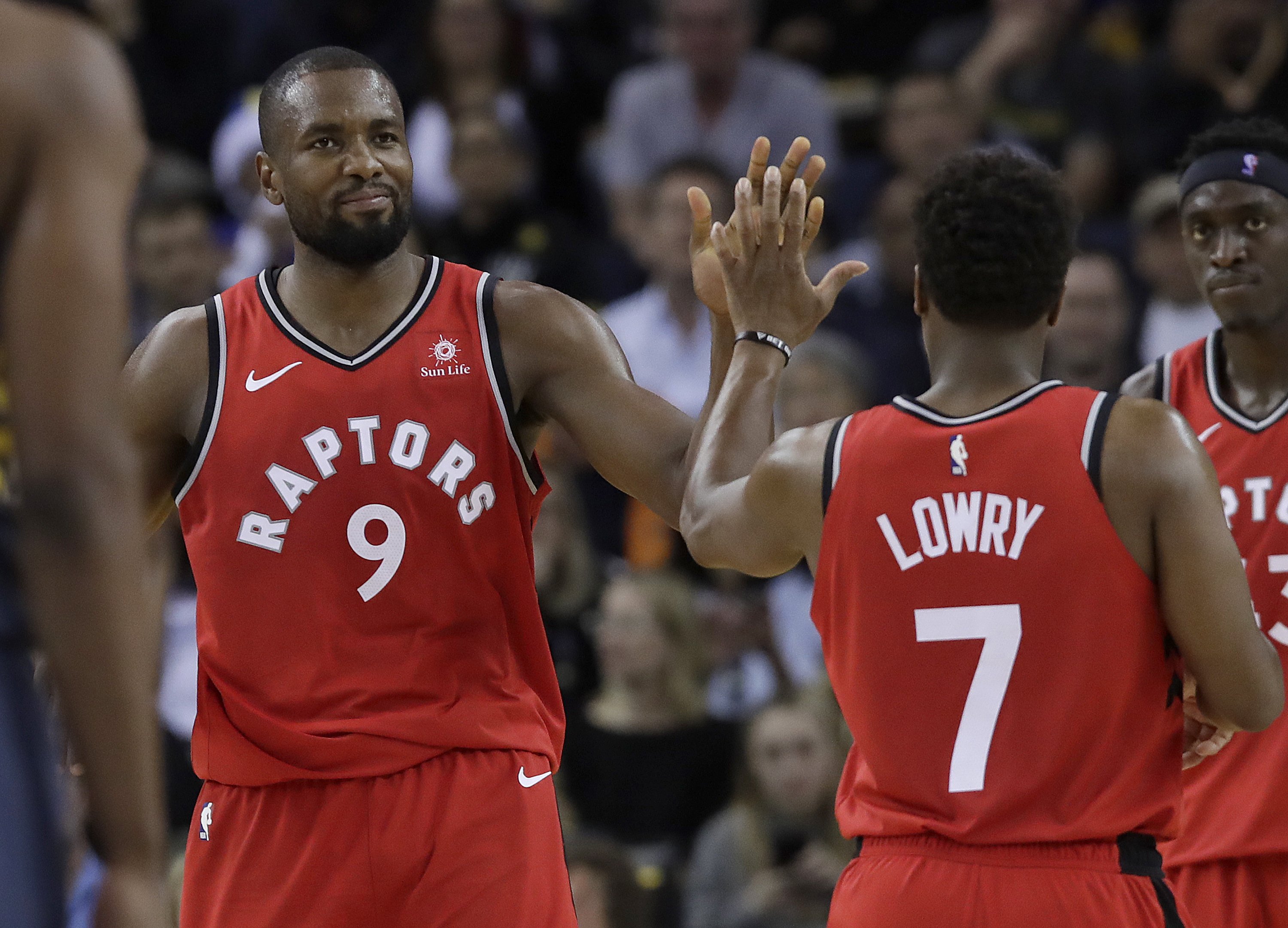 OAKLAND, Calif. — Kyle Lowry had 23 points and 12 assists to lead a balanced Toronto offense while leading scorer Kawhi Leonard sat out, Serge Ibaka added 20 points and the Raptors dominated Golden State from the start, routing the Warriors 113-93 on Wednesday night to complete a season sweep.

Danny Green scored 15 points, Pascal Siakam had 13 and Fred VanVleet added 10 to help the Raptors improve to an NBA-best 23-7, matching the best start in franchise history.

They did it despite not having Leonard for a second consecutive night. Toronto’s star forward has a sore right hip and was questionable before the game before being ruled out less than 30 minutes before tip-off.

The Raptors also lost 7-foot center Jonas Valanciunas to a dislocated left thumb in the first half.

Kevin Durant had 30 points, seven rebounds and five assists for Golden State. The Warriors had won four straight heading into a much-anticipated showdown between two teams many expect to reach the NBA Finals.

Despite playing the second half of a back-to-back following a 123-99 win over the Los Angeles Clippers on Tuesday, Toronto appeared to be the fresher team. The Raptors repeatedly beat the sluggish Warriors to loose balls and outrebounded the two-time defending champs 48-40.

The Raptors beat the Warriors in overtime earlier this season behind a season-high 37 points from Leonard. Golden State didn’t have Stephen Curry or Draymond Green for that game, but both were back for the rematch while Leonard sat out.

Toronto led by 18 in the first half and was up 93-67 early in the fourth following a three-point play by Greg Monroe. Warriors coach Steve Kerr benched his starters midway through the fourth as the Oracle Arena crowd filed for the exits.

Raptors: Toronto went 4-0 in California this season for the first time in franchise history. … Lowry’s double-double was his 100th with Toronto. … Green picked up a technical foul less than four minutes into the first quarter. … VanVleet (back) started after being questionable before the game.

Warriors: Andre Iguodala sat out a second straight game with a hip injury sustained during warmups Monday. Kerr said Iguodala is day to day but added the team is taking a cautious approach. … Kerr said there is no new update on DeMarcus Cousins but left open the possibility that the All-Star center could practice again with the G-League team in Santa Cruz.

Raptors: Play at Portland on Friday.

Warriors: Play at Sacramento on Friday.