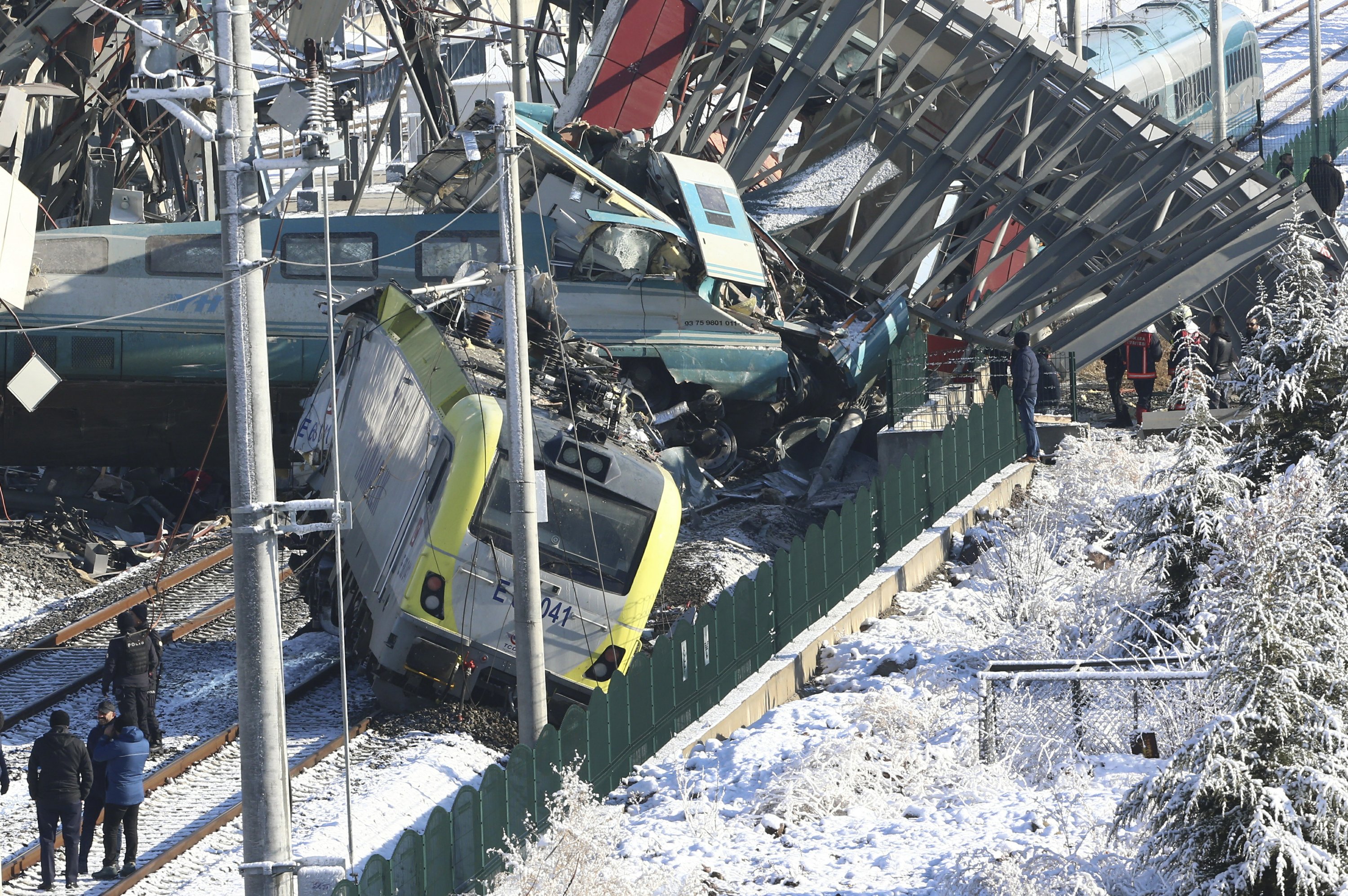 ANKARA, Turkey — The Latest on the train crash in Ankara (all times local):

Anadolu Agency says the three were detained Thursday after the high speed train heading for the city of Konya crashed into a rail engine and hit a pedestrian overpass. Nine people, including three engine drivers, were killed.

The agency did not immediately provide detail on the detained employees.

President Recep Tayyip Erdogan vowed a thorough investigation and said those responsible would be brought to justice.
___

The Ankara governor’s office has increased the death toll in a high-speed train crash in the capital to seven.

A statement says 46 other people have been injured in the crash and three of them are in serious condition.

The 6:30 a.m. (0330 GMT) train from Ankara to the city of Konya hit a railway engine that was inspecting the tracks before crashing into a pedestrian overpass at the city’s Marsandiz station. The cause of the crash is under investigation.
___

An official says at least four people have been killed and 43 injured when a high-speed train hit a railway engine and crashed into a pedestrian overpass at a station in the Turkish capital Ankara.

Private NTV television says at least two cars derailed in the crash. Parts of the overpass collapsed onto the train.

The train was en route from Ankara to the central Turkish city of Konya on Thursday morning.
___

Turkey’s state-run news agency says several people have been injured after a high-speed train crashed into an overpass in the capital Ankara.

Anadolu Agency says two cars of the high-speed train derailed in the crash. The train was en route from Ankara to the central Turkish city of Konya.

Several ambulances have been sent to the scene.

The cause of the crash is not immediately known.