Out of many nations, a single message: Europe is united 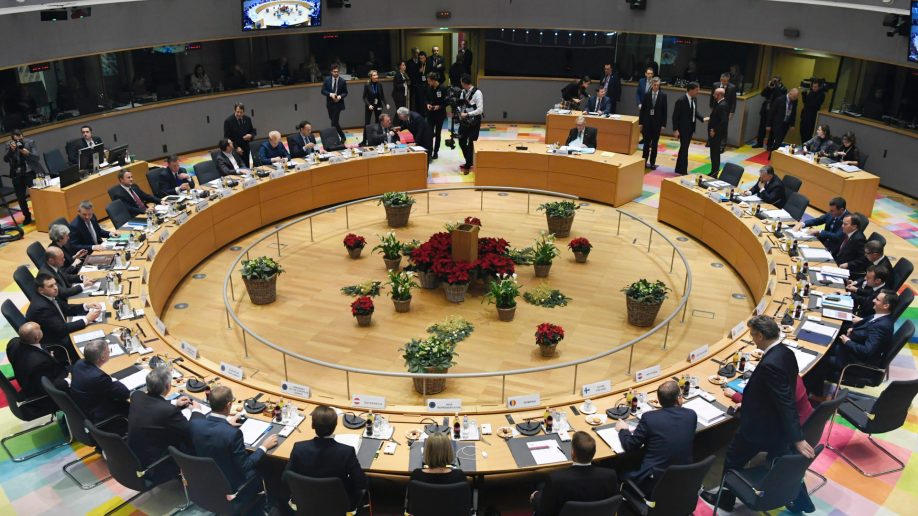 BRUSSELS — Unlike the political chaos that has roiled Britain over Brexit, there has been no such squabbling among the 27 other European Union nations during the impending divorce.

The two years of negotiations has shown a unity in the EU that many observers thought was not possible.

Even British politician Nigel Farage, a force behind the 2016 referendum on Brexit who finds little to praise about the EU, has given grudging admiration.

“We, as Brexiteers, are up against a very well-organized enemy,” he said in an interview with The Associated Press on Thursday.

Over the years, EU nations have fought often and hard over many issues like migration, fishing rights and kicking Greece out of the common currency union. On Brexit, though, their lawmakers have stuck together despite the many cultures, languages and political beliefs.

But when British Prime Minister Theresa May came to Brussels on Thursday for talks with her European counterparts, seeking help to fix her domestic problems in Parliament, the tables had turned for all to see.

May was forced to withdraw the Brexit plan from a vote in Britain’s Parliament this week when it was clear it did not have enough support to win. Too many lawmakers thought the terms were too tough and would still tie Britain to too many EU rules and constraints, perhaps indefinitely.

She made a whirlwind diplomatic tour of key European capitals to see what could be achieved and whether there were any fissures to exploit among the bloc’s members.

But the nations said there would be no turning back on the 585-page legal agreement they had reached with May.

Their message was the same, an Alpine echo from Berlin to Paris to Vienna.

From German Chancellor Angela Merkel: “I don’t see we can change the withdrawal agreement.”

From Austrian Chancellor Sebastian Kurz: “There will be no new negotiation of the withdrawal agreement.”

On June 23, 2016, Britain approved a referendum to withdraw from the EU by a margin of 52-48 percent. Since then, May is on her third Brexit negotiator, countless new ministers, and worst of all, a botched general election she had called that left her Conservatives without a majority in Parliament.

The referendum is still dividing British political life to this day.

By comparison, the unity across Europe has been embodied by Michel Barnier, the EU’s chief Brexit negotiator. The smooth, silver-haired French diplomat and politician has won widespread praise.

“Whilst I may be on a different side to Monsieur Barnier, I recognize his brilliance compared to the British prime minister,” Farage said.

Barnier credits his success to being open and transparent, to shuttling relentlessly from capital to capital, and to knowing the Brexit file inside out.

EU nations also were helped by a common fear of the union unraveling further if May was offered a deal so advantageous that other countries might follow.

Their unity was strengthened when two British foreign ministers compared the EU to both Nazi Germany and the Soviet Union.

Ever since joining European Economic Community in 1973, Britain almost always seemed to be a half-hearted member, insisting on exceptional treatment and continuously trying to slow others to move toward more unity. It refused to join the euro single currency or Europe’s passport free travel area.

Before the Brexit referendum, then-Prime Minister David Cameron sought “ironclad guarantees” that Britain would not be bound to ever-closer EU membership, something that fueled fears about a loss of sovereignty.

Such guarantees would sway the electorate to stay in the EU, he said, and the EU obliged in a deal that was meant to be used as a campaign tool ahead of the vote.

Except that Cameron lost the referendum.

“The Cameron experience shows that the work we do here tends to evaporate,” one EU diplomat said Thursday, highlighting the fact that political goodwill is running short, particularly since May already agreed to the Brexit deal last month.