The Latest: Prosecutor on way to ID man killed in Strasbourg 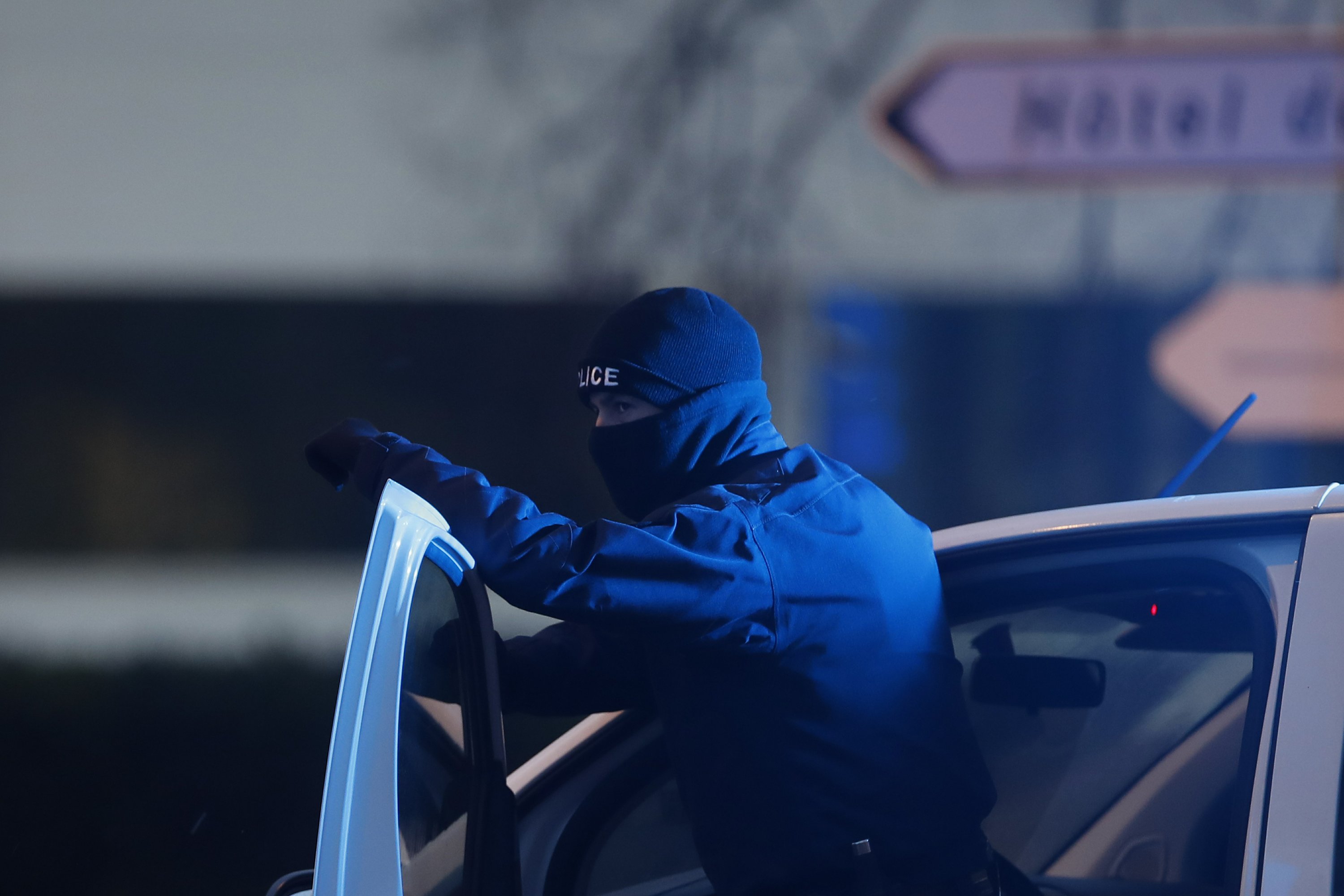 STRASBOURG, France — The Latest on the attack on a Christmas market in Strasbourg, France (all times local):

France’s interior minister says the prosecutor in charge of terror-related investigations is heading to the scene of a police shootout in Strasbourg to confirm if a man killed by officers is the suspect in the attack near the city’s Christmas market.

Christophe Castaner said from Strasbourg late Thursday that police spotted an individual who matched the description of 29-year-old Cherif Chekatt. He has been the focus of a massive manhunt since Tuesday’s attack.

Castaner says the moment they tried to arrest the man they spotted in the Neudorf neighborhood, he started shooting. The minister says police returned fire, killing the man.

Neudorf is where the suspect last was seen after the Tuesday attack that killed three people.

Authorities say Chekatt was born in Strasbourg and appeared on a watch list of potential extremists.
___

A top French official says a suspect has been killed in a shootout with police in Strasbourg, but hasn’t been confirmed as the alleged gunman who killed three people near a Christmas market on Tuesday.

The official, who could not be named because the operation was ongoing, said the suspect opened fire on police Thursday night, and police responded, killing him.

A local police official, who also spoke on condition of anonymity for the same reason, said the man who opened fire was armed with a pistol and a knife.

The shooting occurred in the Neudorf neighborhood, where police conducted a search earlier Thursday for Cherif Chekatt, a 29-year-old born in Strasbourg who police named as the suspected Christmas market gunman.

— By Elaine Ganley and Samuel Petrequin
___

The Paris prosecutor’s office says a fifth person has been arrested and placed in custody in connection with the investigation into Tuesday’s shooting near Strasbourg’s Christmas market.

The office said the man is a member of the “entourage” of main suspect Cherif Chekatt, 29, but not a family member. He was placed in custody on Thursday morning. The four others detained were Chekatt’s parents and two of his brothers.

A massive manhunt is underway for Chekatt.

A police operation has ended in the Strasbourg neighborhood where a suspected gunman who killed three people and wounded 13 was last seen.

There was no word on what, if anything, the Thursday evening operation had uncovered. A police official had earlier said security forces, including the elite Raid squad, had taken action on a “supposition only” that suspect Cherif Chekatt could have been hiding in a building in the area. The official could not be identified because he was not authorized to disclose details.

Authorities said a taxi driver dropped Chekatt off Tuesday evening in the Neudorf neighborhood, south of the eastern French city’s center, after the shooting near a Christmas market.

AP journalists and a French police official say a police operation is going on in the Strasbourg neighborhood where a suspected Christmas market gunman was last seen.

One French police official said security forces, including the elite Raid squad, are taking action on Thursday based on a “supposition only” that the suspect, 29-year-old Cherif Chekatt, could be hiding in a nearby building. The official could not be identified because he was not allowed to disclose details on the investigation.

Authorities said a taxi driver dropped Chekatt off Tuesday evening in the Neudorf neighborhood, south of the eastern French city’s center, after the shooting near the Christmas market. He is believed to be the gunman who left three dead and 13 wounded in an attack that night.

This version corrects the spelling of the suspect’s last name to Chekatt, not Chekkat.
___

French security forces are trying to catch the suspected Strasbourg gunman “dead or alive” as the city in eastern France mourned with flowers and lit candles left at the site of the attack near its famous Christmas market.

More than 700 officers were involved Thursday in the manhunt for 29-year-old Cherif Chekatt, who had a long criminal record and had been flagged for extremism, government spokesman Benjamin Griveaux told CNews television.

Asked about instructions given to police forces, Griveaux said the focus was on catching the suspect “as soon as possible,” no matter whether he was dead or alive, and “put an end to the manhunt.”

Chekatt allegedly shouted “God is great!” in Arabic and sprayed gunfire during Tuesday’s rampage near Strasbourg’s Christmas market, which left three people dead and wounded 13 others.