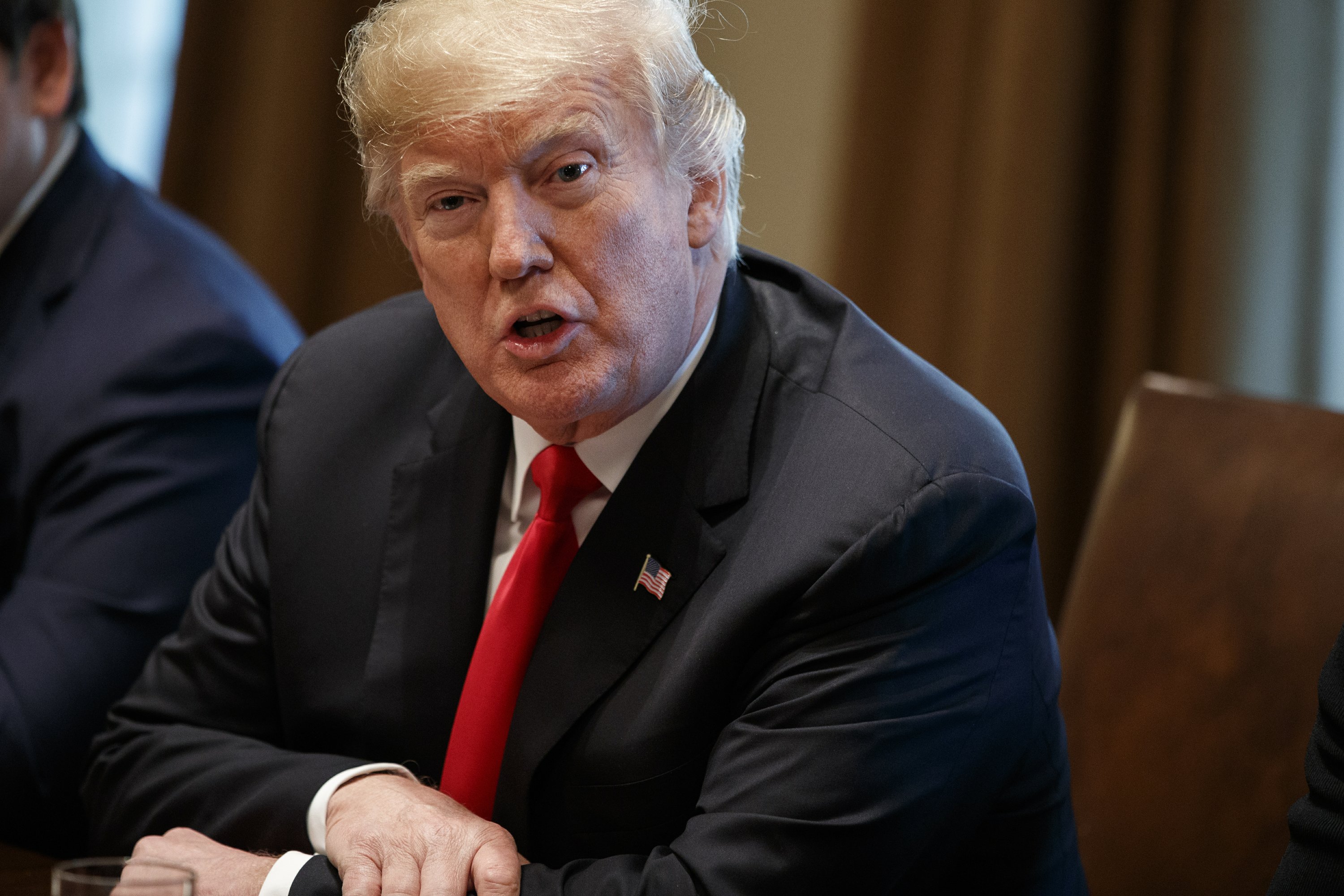 “I never directed Michael Cohen to break the law. He was a lawyer and he is supposed to know the law. It is called ‘advice of counsel,’” Trump wrote on Twitter.

The advice-of-counsel defense is a real thing. But Trump’s ability to use it, if he were ever formally accused of a crime, is far from certain. And it could be risky.

Courts have held that the defense applies when a person has gone to a lawyer to ask about whether something is legal, disclosed all material facts, and then relied in good faith on the professional’s advice that no laws were being broken.

Federal prosecutors in New York say the payments amounted to illegal campaign contributions because they were made at the height of the 2016 election season to keep voters from learning of Trump’s alleged infidelities. Cohen was sentenced Wednesday to three years in prison for the violations and other crimes, including bank fraud and tax evasion.

Cohen has said that Trump was aware of the payments. In one instance, he recorded Trump giving him advice about how to buy McDougal’s story from the parent company of the National Enquirer. It isn’t clear from that recording, or other evidence made public, whether Trump and Cohen ever specifically discussed whether the payments were legal. Cohen and prosecutors say the Trump Organization reimbursed Cohen for a $130,000 payment to Daniels.

Trump has not specified what advice, if any, he received from Cohen. In an interview Thursday with Fox News, he said: “I never directed him to do anything wrong. Whatever he did he did on his own. A lawyer who represents a client is supposed to do the right thing.”

An advice-of-counsel defense is “not easily invoked and has far-ranging consequences and risks,” said Tony Alexis, a former federal prosecutor who worked in the Justice Department’s fraud and public corruption section.

For one thing, a person who invokes the advice-of-counsel defense can no longer claim attorney-client privilege, meaning his or her conversations with the attorney are no longer private and can be freely explored by prosecutors.

In this case, it could give investigators access to records and communications between Trump and Cohen that were deemed confidential after the FBI raided Cohen’s office earlier this year, Rodgers said.

“He’d be waiving privilege with respect to everything,” she added.

While uncommon, the defense has had high-profile successes.

In the president’s case, Rodgers said, Trump would have to establish that he was actually seeking Cohen’s legal advice in connection with the hush-money payments and not relying on him to handle the matter as his long-time fixer.

The advice-of-counsel defense is “for a client who says, ‘I want to make sure I’m in compliance with the law here,’” Rodgers said.

Trump has not been charged with a crime, and it remains unclear whether the U.S. Justice Department, under its own protocol, could even bring a case against a sitting president.