21 detained before Paris protests as police deploy in force 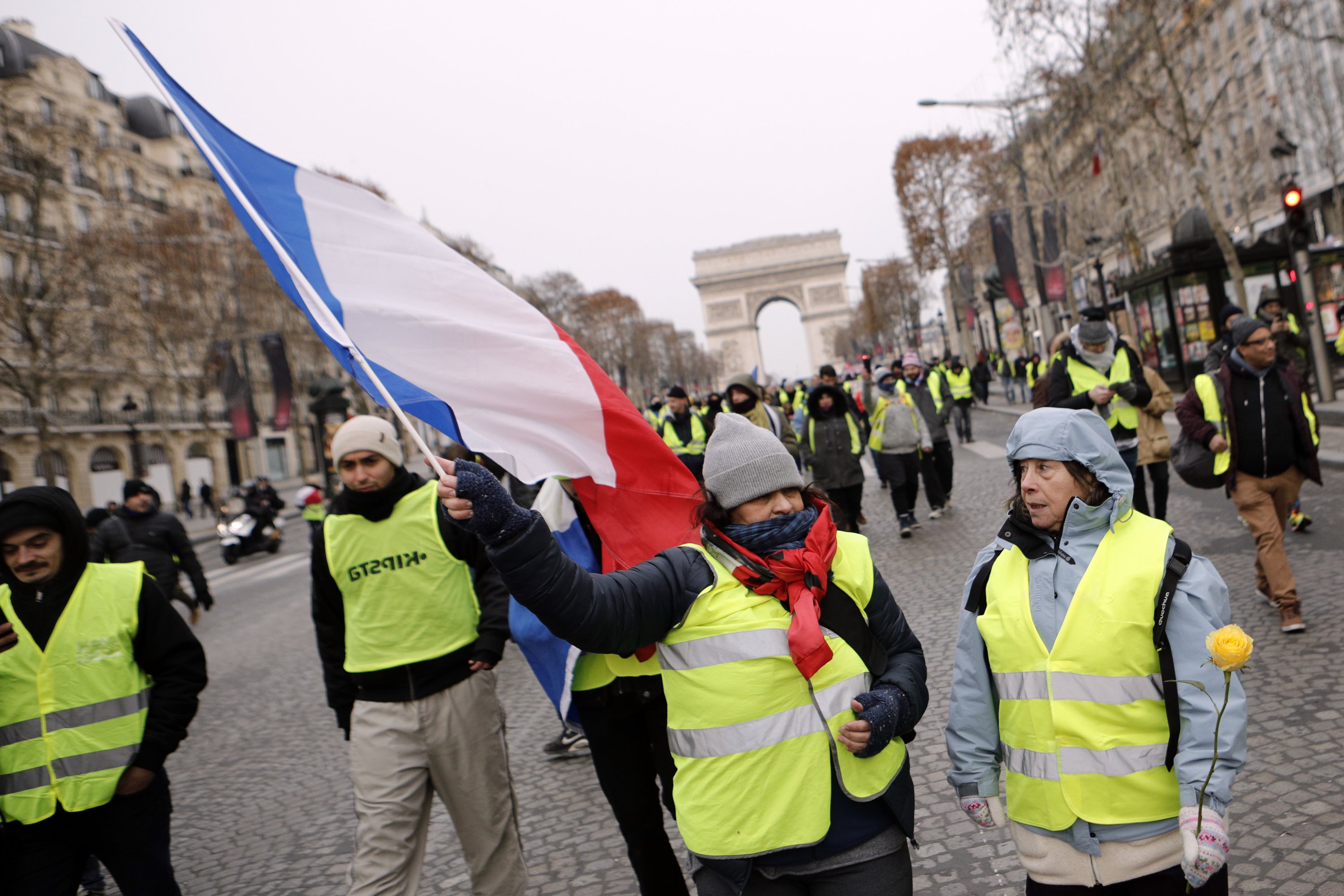 PARIS — Paris police deployed in large numbers Saturday for the fifth straight weekend of demonstrations by the “yellow vest” protesters, with authorities repeating calls for calm after protests on previous weekends turned violent. At least 21 people were detained beforehand.

Security forces in riot gear were positioned around central train stations and along the famed Champs-Elysees boulevard, where shops were closed and their windows boarded up in anticipation of the protests. Authorities have said about 8,000 police and 14 armored vehicles were being deployed in the French capital.

Last weekend, groups of demonstrators smashed and looted stores, clashing with police and setting up burning barricades in the streets.

Paris police said 21 people had been detained by mid-morning in Paris before the protests. There was a strong police presence outside the central Saint Lazare train station, where police in riot gear checked bags. More than 20 police vans and a water cannon truck idled nearby.

The “yellow vest” movement, which takes its name from the fluorescent safety vests French motorists must all have in their vehicles, emerged in mid-November as a protest against fuel tax increases. It soon morphed into an expression of rage about the high cost of living in France and a sense that President Emanuel Macron’s government is detached from the everyday struggles of workers.

“Respect my existence or expect my resistance,” read one banner held aloft by some of the thousands of protesters who began converging on the Champs-Elysees on Saturday morning.

“We’re here to represent all our friends and members of our family who can’t come to protest, or because they’re scared,” said Pierre Lamy, a 27-year-old industrial worker wearing a yellow vest and with a French flag draped over his shoulders as he walked to the protest with three friends.

He said the protests had long stopped being about the fuel tax and had turned into a movement for economic justice.

On Friday, Macron called for calm during the demonstrations, and the French government reiterated the call online for demonstrators to remain peaceful.

“Protesting is a right. So let’s know how to exercise it,” the government tweeted from its official account, with a 34-second video which begins with images of historic French protests and recent footage of “yellow vest” protesters rallying peacefully before turning to violence.

Macron acknowledged in a speech earlier this week that he is partially responsible for the anger displayed during the protests, and has announced measures aimed at improving workers’ spending power. But he has so far refused to reinstate a wealth tax that was lifted to spur investment in France.

“I don’t think our democracy can accept to function with a dialogue that is carried out only with the occupation of the public domain, only by elements of violence,” Macron said Friday.

But on the streets of Paris on Saturday, some protesters were saying the president still didn’t understand them.

“I think that Macron isn’t in touch with what the yellow vests want. I think the yellow vests need to continue speaking out and the problem is that in the countryside,” said Julie Verrier, a protester from Picardie in Normandy in northern France who had been participating in protests there for the past three weeks and had travelled to Paris for Saturday’s demonstration.

“Local city halls are closed so we can’t go there to express and write our complaints and our wishes,” she said. “So coming here is the only way we have to say that French people need to be heard.”