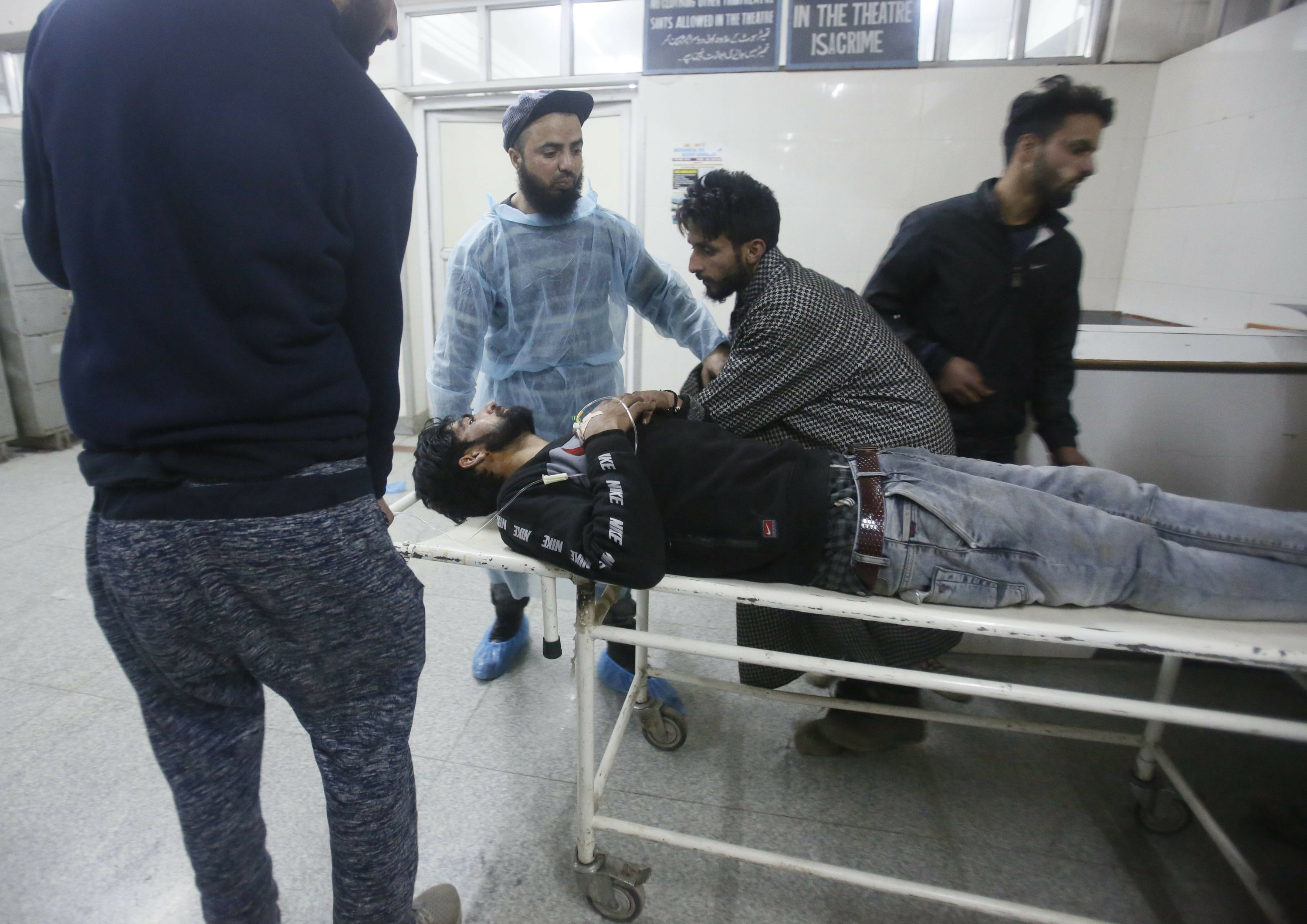 SRINAGAR, India — At least seven civilians were killed and nearly two dozens injured when government forces fired at anti-India protesters in disputed Kashmir following a gunbattle that left three rebels and a soldier dead on Saturday, police and residents said.

Indian troops surrounded a village in the southern Pulwama area on a tip that militants were hiding there, police said. As the soldiers began a search operation, militants jumped out of a civilian home and took position in an apple orchard while firing at soldiers and counterinsurgency police, said Muneer Ahmed Khan, a top police officer.

Three rebels and a soldier were killed in the exchange of gunfire while one soldier was also wounded, Khan said.

The gunbattle sparked protests, with hundreds of people chanting pro-militant slogans and calling for an end to Indian rule over the Himalayan region. The protesters threw stones at troops to help the militants escape while government forces fired bullets, shotgun pellets and tear gas to stop them, killing seven and injuring at least 22 others.

Residents accused troops of directly spraying gunfire into the crowds.

“They (Indian troops) fired at us as if they were practicing their guns,” said Shabir Ahmed, a local resident who accompanied some injured taken to a hospital in Srinagar, the region’s main city.

Two police officials, speaking on condition of anonymity because they were not authorized to talk to the media, said the civilians died in the anti-India protests. However, residents said at least two civilians, including a teenage boy, were killed away from the gunbattle site.

Soldiers in an armored vehicle fired at a small group of civilians away from the battle site, and as the vehicle jammed on a roadside, the troops fatally shot one of them, said local resident Ubaid Ahmed.

Separatists who challenge India’s sovereignty over Kashmir said the killings were part of India’s state policy and called for three days of mourning and a general shutdown in Kashmir. Mirwaiz Umar Farooq, a separatist leader, said in a tweet that India’s government should “stop this inhumanity as it will not achieve anything except further rebellion and hatred.”

In recent years, mainly young Kashmiris have displayed open solidarity with the rebels and sought to protect them by engaging troops in street clashes during India’s counterinsurgency operations despite repeated warnings from the Indian authorities.

India and Pakistan each claim the divided territory of Kashmir in its entirety. Most Kashmiris support the rebel cause that the territory be united either under Pakistani rule or as an independent country.