Biden most consider the age issue as he ponders 2020 run 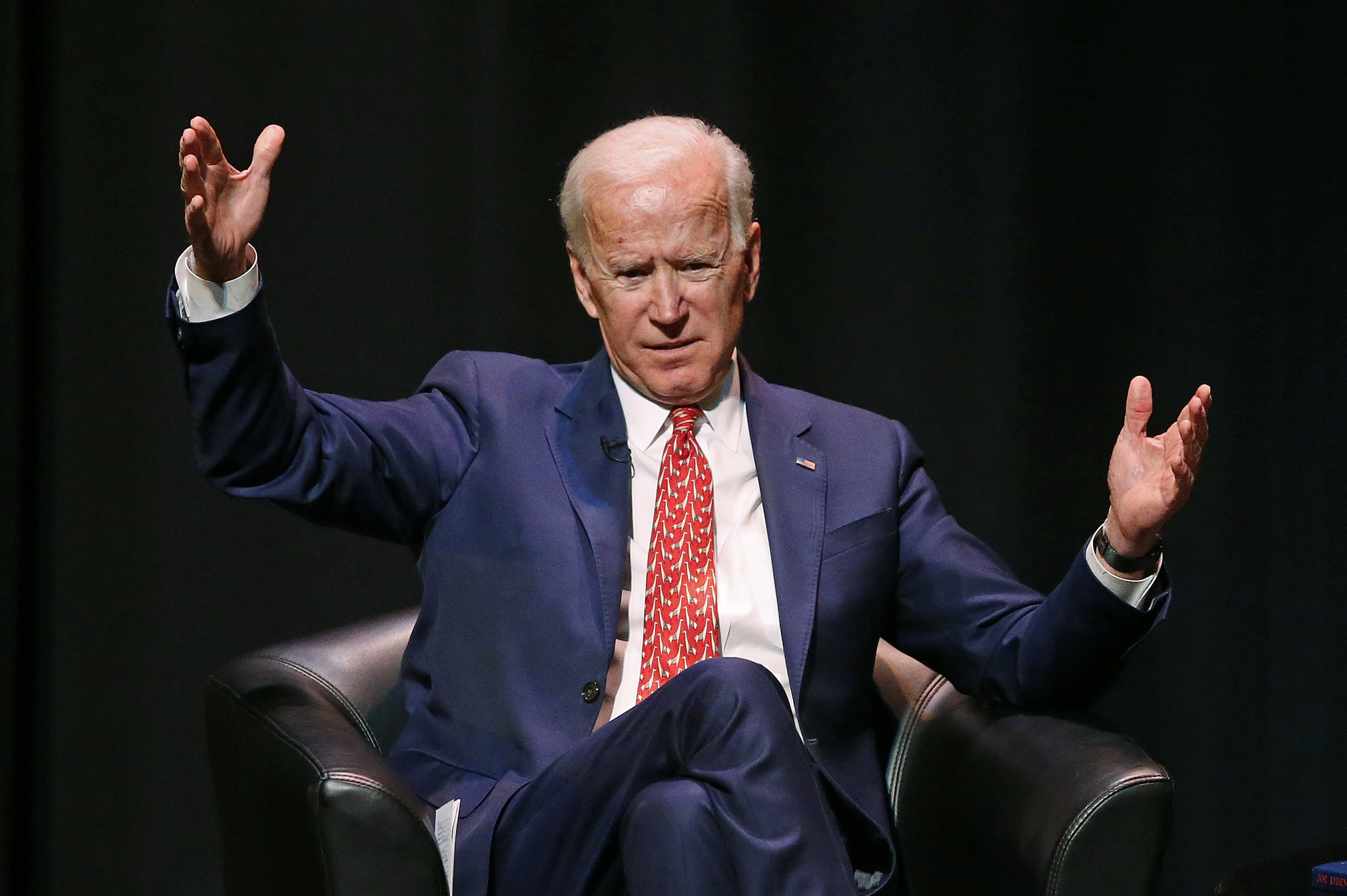 As he considers running for president, Joe Biden is talking with friends and longtime supporters about whether, at 76, he’s too old to seek the White House, according to several sources who have spoken with the former Democratic vice president.

The discussions suggest Biden is aware that his age may be the biggest hurdle to launching another bid for the Democratic presidential nomination, especially in an era when many in the party yearn for a new generation of leadership. He would be the oldest person to ever be elected president.

Past and current advisers to Biden have held frequent conversations about options to alleviate concerns about age, including teaming him with a younger running mate. One option that has been floated, according to a source with knowledge of the talks, is outgoing Texas Rep. Beto O’Rourke, who at 46 has become the subject of intense 2020 speculation after nearly beating GOP Sen. Ted Cruz.

The sources spoke on the condition of anonymity to describe private conversations. Representatives for Biden and O’Rourke declined to comment for this story.

At a town hall Friday in El Paso, Texas, O’Rourke said he hadn’t made a decision about whether to seek the presidency.

The question of age has roiled Democratic politics since the midterms. At 78, Rep. Nancy Pelosi is on her way to regaining the House speaker’s gavel — but only after she agreed with mostly younger lawmakers to serve in the position for no more than four years. Other potential presidential contenders, including Sens. Elizabeth Warren of Massachusetts, 69, and Bernie Sanders of Vermont, 77, and former New York Mayor Michael Bloomberg, 76, face the prospect of competing against Democrats who are decades younger.

The younger set of the 2020 class includes Sens. Cory Booker of New Jersey, Kirsten Gillibrand of New York, Kamala Harris of California and Amy Klobuchar of Minnesota along with Gov. Steve Bullock of Montana and Obama housing secretary Julian Castro. They’re all in their 40s and 50s.

Iowa Democratic activist Dale Todd, who was an early backer of Barack Obama in 2007, said he has misgivings about potential candidates in their 70s, despite their experience.

“Can you mobilize younger voters with older candidates? Bernie showed us that you can, but can you effectively mobilize a winning coalition with an older candidate? That is our conundrum, and I would suggest you probably can’t,” said Todd, who has lent early advice to Booker. “We want freshness coupled with experience; we also want energy and passion in our candidates.”

Ronald Reagan was 73 when he won the White House a second time, making him the oldest person to win a presidential election. Donald Trump was 70 when he won the presidency in 2016.

Biden is expected to decide in January or February whether to seek the White House. He has done little to tamp down talk that his answer may be yes.

He touts his age as a sign of experience, pointing to 36 years in the Senate, eight years as vice president and a career deeply enmeshed in domestic, international and military policy. At an event in Montana this month, Biden described himself as “the most qualified person in the country to be president.”

“The issues we face as a country today are the issues that have been in my wheelhouse, that I’ve worked on my whole life,” he said.

Speaking Thursday at the University of Utah in Salt Lake City, Biden spoke of a promise he made to his dying son that he wouldn’t withdraw from the world.

And yet, Biden has also said he could not re-enter the grueling race for the presidency unless he feels his family, still dealing with Beau Biden’s 2015 death, is fully on board.

The Utah event was expected to be Biden’s last public appearance of the year. He’ll spend the coming weeks deliberating with family over his next steps, according to multiple people familiar with his thinking. They requested anonymity because Biden is still weighing his options.

Despite questions about age, it’s hard to argue Biden is short on energy or passion.

In the span of just 24 hours this month, he jetted from an appearance in San Francisco back to his home in Delaware and back to California again. In the days leading up to the midterms, he followed a robust schedule intended in part to test his stamina for a national campaign. In late October, he was in three states — Wisconsin, Iowa and Missouri — over the course of one day.