Ballot security was a worry long before disputed House race 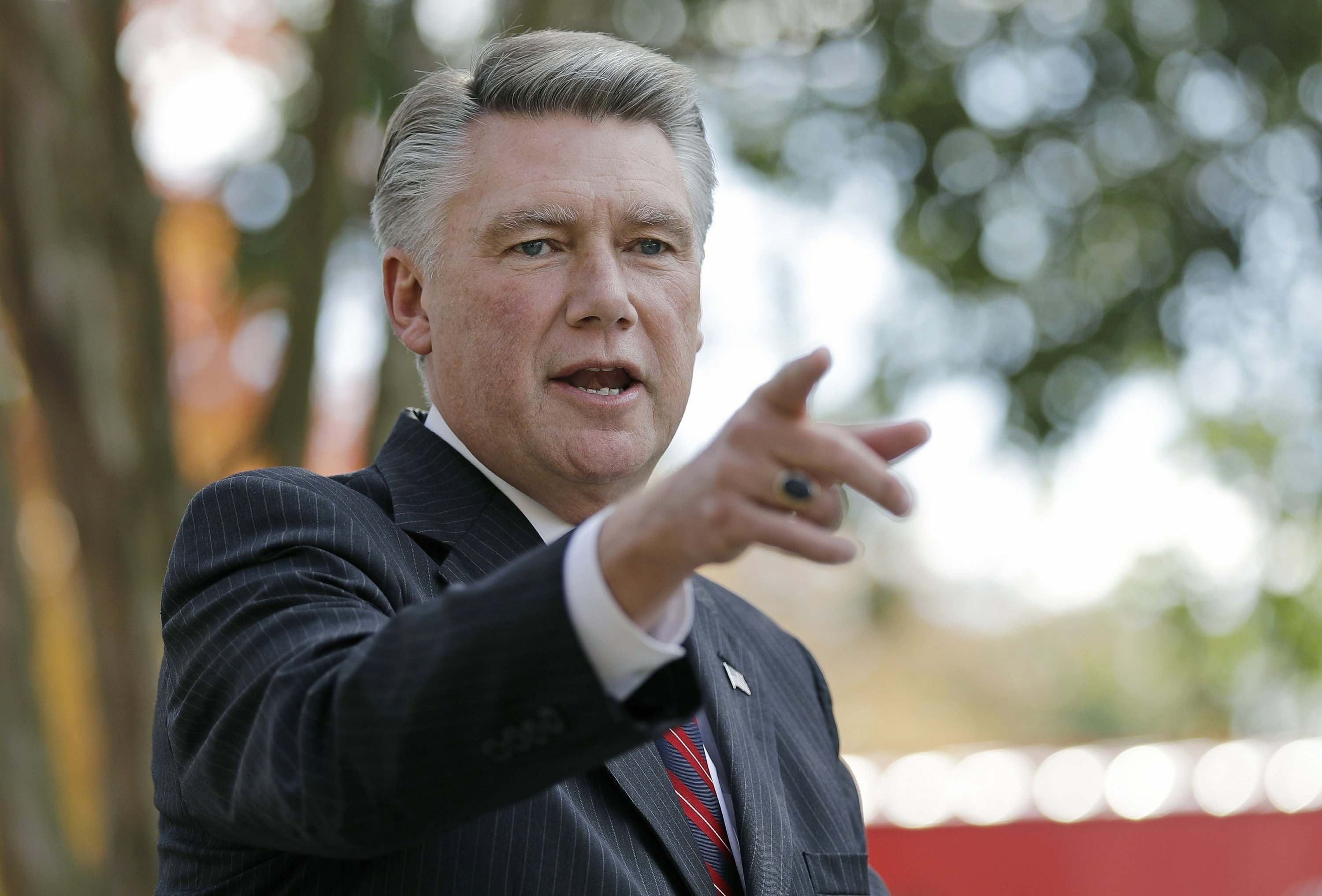 BLADENBORO, N.C. — Six months ago, election officials in rural North Carolina’s Bladen County resolved to tighten security at their headquarters and protect the ballots stored there by installing an alarm and video cameras and securing an unlocked door that leads to another government office.

The fixes never got done before Election Day. The then-chairman of the county commissioners, who control the purse strings, did not see the need.

Now Bladen County is at the center of a disputed congressional election rife with suspicions of fraud, including the possibility that absentee ballots were altered or discarded.

While no evidence has surfaced to suggest ballots were stolen or tampered with inside the building, warnings about the potential for political chicanery in Bladen County were raised years before the burgeoning scandal dragged this patch of eastern North Carolina’s pine barrens into the spotlight.

Marshall Tutor, who was lead investigator for the state Board of Elections for 15 years, said he frequently traveled to Bladen County over the years to probe accusations of wrongdoing. He said residents were often hesitant to talk to outsiders about possible voting fraud, much less testify.

“Looking back during my time at the Board of Elections, this mess in Bladen County, just from what I’ve seen and what I know, is the worst that I’ve encountered in the entire state,” said Tutor, who retired in March.

With the congressional race now under investigation by state authorities, the state has refused to certify the results of the Nov. 6 vote in the 9th District, where Republican Mark Harris leads Democrat Dan McCready by 905 votes. Both parties concede a do-over election might be needed.

Foremost among the cast of characters in the case is Leslie McCrae Dowless Jr., a 62-year-old local campaign operative and convicted felon who has been named a “person of interest” by the state Board of Elections. Authorities want to know whether he and others working on Harris’ behalf ran an illegal operation in which they collected large numbers of absentee ballots from voters.

Because of the potential for mischief, it is against the law in North Carolina for anyone other than a voter or immediate family member to handle someone’s absentee ballot before it is sealed and mailed.

In an interview with Charlotte station WBTV on Friday, Harris admitted making the decision to hire Dowless, who he said had come recommended by people in Bladen County. But the GOP candidate denied knowing about any illegal “ballot harvesting” tactics.

The investigation highlights the vulnerabilities of the electoral process in the U.S., where many of the responsibilities for administering federal elections fall on state governments and a myriad of local jurisdictions big and small.

Located about an hour’s drive from the coast, Bladen is among North Carolina’s least densely populated counties, with about 3,500 people. Good jobs can be hard to come by. The biggest employer is a massive hog processing plant in the town of Tar Heel.

Politics here is more personal than partisan, with local races for sheriff and the county commission often generating more interest than state and federal contests. Untangling how the county became the scene of 2018′s last undecided congressional race requires a look at a network of decades-long friendships, political alliances and blood relations.

Records reviewed by The Associated Press show Dowless and his relatives have received payments over the years from the campaigns of several of Bladen County’s top elected officials, including the current sheriff and some county commissioners. He has worked for Democrats and Republicans alike.

Dowless, an affable, bearded chain-smoker known locally by his middle name, McCrae, has a criminal record that includes prison time for fraud and perjury. He has also held local elected office as a Soil and Water district supervisor. He declined to comment last week when an AP reporter visited his home, as well as in later phone calls.

In recent years, one source of worry has been the unsecured door between the local elections office — where registration rolls, absentee ballots and other sensitive documents are stored — and the county veterans’ services office.

Just before the 2014 election, Jens Lutz, a local Democrat, raised questions about ballot security in Bladen County in an email to state Democratic officials, who forwarded it the state election board. His concern: Republican Larry Hammond, who was formerly the county’s elections director and was still the local veterans services coordinator, continued to have free access to sensitive areas of the election offices. This was at a time, Lutz claimed, that Hammond was managing a GOP candidate’s race for sheriff.

North Carolina’s Democratic Party chief asked the state election board to investigate the suspicions about Hammond, but the board’s then-attorney, Don Wright, replied via email that he knew Hammond and had “never noticed or been informed of any unethical or illegal behavior by him.”

In an interview Monday, Hammond denied he managed the campaign of the candidate for sheriff, who ultimately won in a close vote. Hammond also denied he had ever improperly accessed the elections office.

“No, absolutely not,” he said. “I value honest and fair elections.”

But Lutz continued to harbor suspicions that something fishy might be going on inside the Bladen elections building. And after he became chairman of the county of Board of Elections last spring, he persuaded the panel to vote 4-0 to block off or secure the door and adopt other measures, including changing the locks and repairing or replacing security cameras that hadn’t worked for at least a decade.

Lutz’s concerns about what he termed the “lackadaisical openness” of the elections office were buttressed by the U.S. Department of Homeland Security, which assessed the site shortly before this year’s election. In a report obtained by AP, the department said that because of the unlocked door, “sensitive voting materials are vulnerable.” It said the door should be eliminated and other security measures taken.

Ray Britt, a Bladen County commissioner who served as the board chairman until earlier this month, said in an interview that security improvements were unnecessary.

“We’ve never had any problems,” said Britt, a Republican.

On Thursday, Bladen County Manager Greg Martin said he is working to adopt some of the changes recommended in the federal report but is unsure whether a lock will be added to the inside door.

On Dec. 7, a day after he was interviewed by the AP, Lutz unexpectedly resigned from the county Board of Elections. In a measure of how closely intertwined political figures are in Bladen County, documents soon emerged showing Lutz had previously started a political consulting business with Dowless. He has not responded to messages since quitting the board.

Britt, too, has had connections to Dowless. His 2016 campaign issued a $500 check to Dowless with the notation: “To get out the vote.”

The commissioner said he has known Dowless for years and the two remain in touch. He said he would need to see proof before he believed Dowless violated the law.

“But I don’t care if you’re a member of my family, if you do wrong, you’ve done wrong,” Britt said.