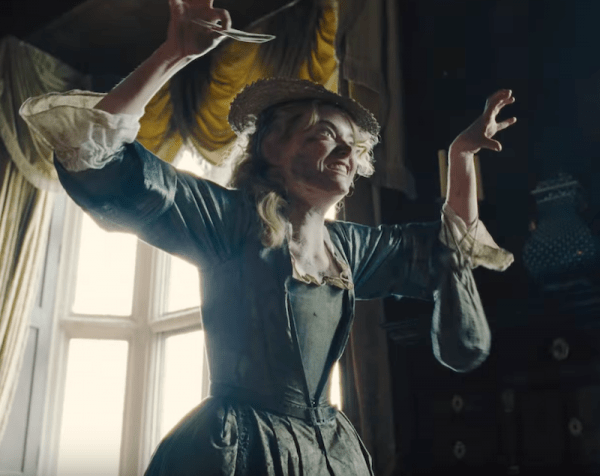 1. “Burning”: It was, for sure, an extraordinary movie year. Little to nothing separates my favorite 10 films, or, for that matter, my top 20 or 30. Many of the year’s best were found overseas, and none haunted me more than Lee Chang-dong’s smoldering slow-burn thriller. An adaptation of a Haruki Murakami short story, “Burning” is about a triangle of young Koreans (Yoo Ah-in, Jeon Jong-seo, Steven Yeun — all astonishing) divided by class but united in heartache and rage. At sunset, with Miles Davis playing, it reaches an aching crescendo.

2. “Private Life”: Tamara Jenkins’ comic and compassionate fertility drama is like “Waiting for Godot” with two of the best actors around: Kathryn Hahn and Paul Giamatti. In a movie year where love that lasts was hard to find, the searching couple in “Private Life” made for an affectionate and indelible portrait of middle-aged marriage.

3. “First Reformed”: Chiseled out of a lifetime of doubt, Paul Schrader’s late-in-life masterpiece throbs with an existential despair that has hardened into a taut and tormented religious drama. It’s a culmination for Schrader— an anguished bookend to “Taxi Driver,” which he wrote — about a priest (a never-better Ethan Hawke) in desperate search for grace.

4. “Shoplifters”: The films of Hirokazu Kore-eda unfold so nimbly and breezily that their profundity (and your tears) can come as a surprise. In this, a high-point for Kore-eda and the winner of Cannes’ Palme d’Or, the Japanese master depicts the ragtag life of a makeshift, impoverished family that slowly, heartbreaking gnaws at the question: What makes a family? The answer is more than DNA.

5. “The Ballad of Buster Scruggs.” Take the Coen brothers for granted at your peril. In this, an anthology of six Western tales of death and storytelling, life is a Poker game where everyone’s holding — like the two pair of black aces and eights that Scruggs (Tim Blake Nelson) refuses to play in the film’s first chapter — a dead man’s hand.

6. “Cold War” A stone-cold stunner, the second straight from Pawel Pawlikowski (“Ida”), about a romance torn between exile and home (and based on the director’s parents). Pawlikowski’s command is absolute. His smoky, shimmering images — dense with atmosphere, luminous with mystery — are what celluloid was made for.

7. “The Rider”: Chloe Zhao’s second feature, starring real-life rider Brady Jandreau as an injured South Dakota cowboy forced to give up the only life he knows, is so richly filled with the beauty and struggle of the Pine Ridge Indian Reservation where it’s set. Blending fiction with real life, Zhao achieves something spiritual.

8. “Paddington 2”: In an endlessly dispiriting year, Paul King’s charm overload was the go-to antidote, a salve of confectionary delight: marmalade for your maladies.

10. “Zama”: Argentine filmmaker Lucrecia Martel’s elliptical tale of a Spanish magistrate in remote 18th century Argentina, adapted from Antonio di Benedetto’s novel, casts a deliriously hypnotic spell. The vivid, formalist imagery unravels the pathetic absurdities of a colonist whose stature, tenuous from the start, is disappearing before his eyes.

Honorable mentions: “You Were Never Really Here,” ″The Hate U Give,” ″Eighth Grade,” ″Black Panther,” ″Minding the Gap,” ″Sorry to Bother You,” ″Roma,” ″Free Solo,” “Support the Girls,” ″Let the Sunshine In.”

1. “Cold War”: Romantic, passionate, tragic and perfectly unsentimental, filmmaker Pawel Pawlikowski’s “Cold War” is an intoxicating portrait of an impossible, cruel and undeniable love between a musician, Wiktor (Tomasz Kot) and a singer with an “it factor,” Zula (Joanna Kulig). Shot in stunningly crisp black and white, Pawlikowski’s film is a triumph in an 85-minute package.

2. “Can You Ever Forgive Me?”: Lee Israel is not your typical leading lady, and that’s what makes her so great. You can imagine one version of this movie, about a washed up biographer who starts a side hustle forging personal letters of some of wittiest literary minds of all time, relishing in and exploiting her unglamorous life. But director Marielle Heller and star Melissa McCarthy just let Lee Israel be: Sharp, unpleasant, infuriating, compelling, terrible and heroic. Heller’s early ’90s New York feels like the real thing too.

3. “Roma”: Alfonso Cuaron’s deeply personal ode to women who raised him, “Roma” is a film going experience like few others — tranquil but urgent, meditative but exciting, and told with pure love and humanity. Like “Cold War,” ″Roma” is also shot in black and white, but it rarely feels like it. His images are so vivid and full of life you can almost feel the prism of colors peeking through.

4. “Wildlife”: This adaptation of Richard Ford’s novel about a family in 1960s Montana feels like it was made by someone much older and much more experienced than 30-something, first-time director Paul Dano. And yet he’s made one of the most elegant and heart wrenching examinations of a nuclear American family (Carey Mulligan, Jake Gyllenhaal and Ed Oxenbould) that’s dissolving under capitalist systems and gender essentialism.

5. “BlacKkKlansman”: Ron Stallworth’s story of infiltrating the Ku Klux Klan is a good one, but Spike Lee made it even better in “BlacKkKlansman, an explosive and essential treatise on racism in America with a rallying score, a surprising amount of humor, and some unforgettable performances (from John David Washington and Adam Driver).

6. “A Star Is Born”: Bradley Cooper’s achievement with “A Star Is Born” is hard to quantify. As an actor, he’s never been better as the self-destructive rock star Jackson Maine, who has one gesture of love left in his pill and alcohol addled body — to help Lady Gaga’s Ally reach the heights she deserves. And as a director? This is just the beginning, I’d imagine.

7. “Private Life”: Tamara Jenkins found something novel, and wonderfully feminine, to say about middle-class New York intellectuals in this impeccably written and acted story about marriage, fertility and hope in middle age, that is humorous, precise and true, and a great spotlight for the equally excellent Kathryn Hahn and Paul Giamatti.

8. “The Favourite”: This movie about power struggles in the court of Queen Anne is deliciously deranged, and wickedly cynical, but somehow more accessible and lighthearted than what we’ve typically come to expect from Yorgos Lanthimos. With fiercely fun and piercing performances from Olivia Colman, Emma Stone, Rachel Weisz and Nicholas Hoult, it’s a fully engrossing experience that will leave you looking for some pearls to clutch (and then smash on the ground in devious glee).

9. “Juliet, Naked”: I won’t pretend like “Juliet, Naked” has the gravitas or prestige of most of the other films on this list, and yet it is quietly, unassumingly one of the more poignant, and straightforwardly enjoyable movies of the year about mid-life second chances, for those who have never made any mistakes (Rose Byrne’s small-town character Annie), and those who’ve made all of them (Ethan Hawke’s elusive, cult rock star Tucker Crowe).

10. “The Ballad of Buster Scruggs”: The Coen brothers show off their best tricks in this deliriously entertaining Western anthology. It’s the kind of film that feels new but familiar and nihilistic yet comforting, as you jump between a singing sharpshooter (Tim Blake Nelson), an old prospector (Tom Waits) and his “pocket,” to a woman (Zoe Kazan) on a wagon trail getting her first glimmer of happiness.