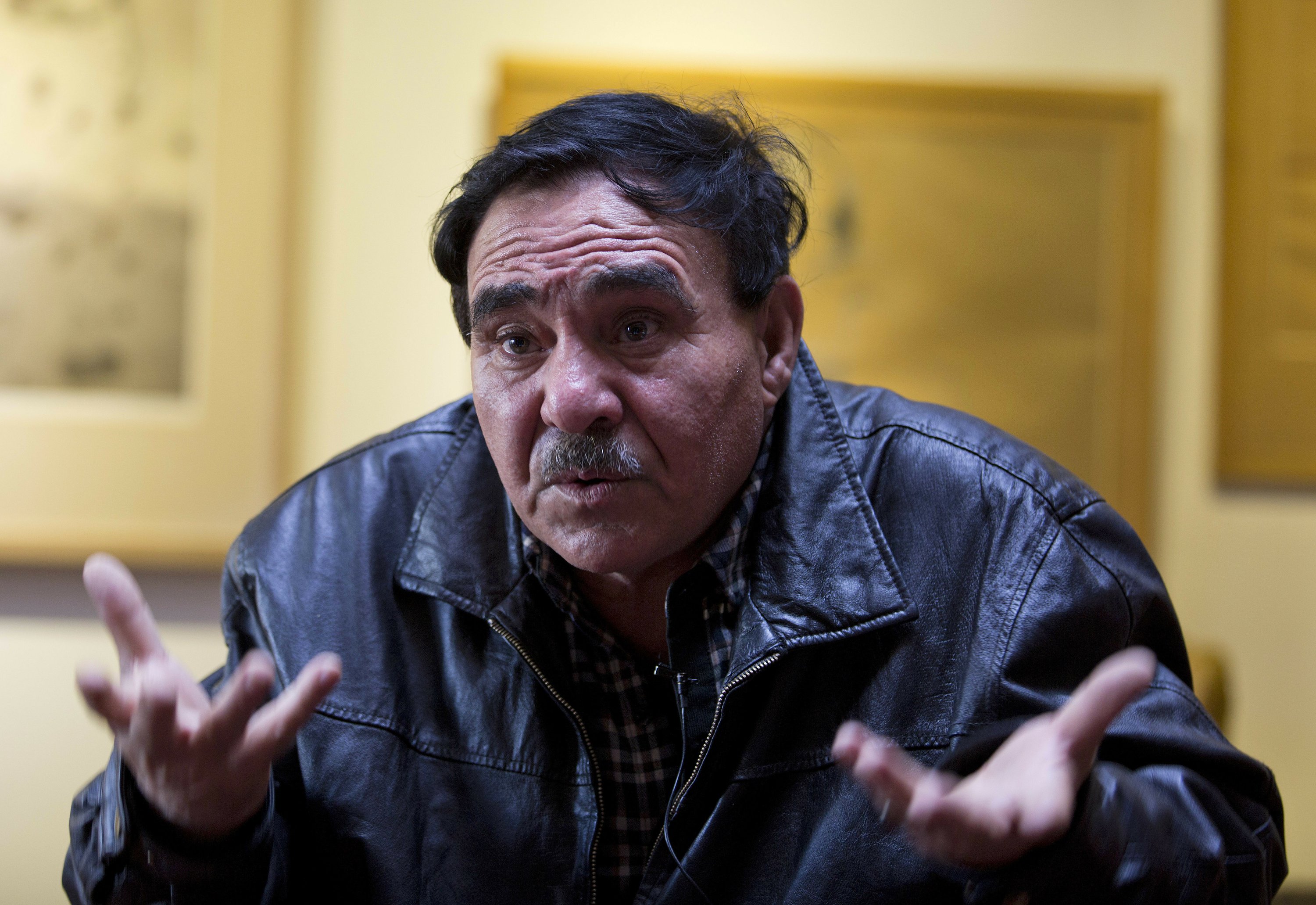 ISLAMABAD — The last time Chaudhry Javed Atta saw his wife was over a year ago — the Pakistani trader in dried and fresh produce was leaving their home in northwestern China’s heavily Muslim Xinjiang region to go back to his country to renew his visa.

He remembers the last thing she told him: “As soon as you leave, they will take me to the camp and I will not come back.”

That was August, 2017. By then, Atta and Amina Manaji, from the Muslim ethnic Uighur group native to Xinjiang, had been married for 14 years.

Atta is one of scores of Pakistani businessmen __ and he says there are more than 200 __ whose spouses have disappeared, taken to what Chinese authorities tell them are education centers.

Beijing has been accused of interning members of its Muslim population — by some reports as many as 1 million — to “re-educate” them away from their faith. It is seen as a response to riots and violent attacks that the government blamed on separatists.

“They call them schools, but they are prisons,” Atta said. “They can’t leave.”

Pakistanis often rally loudly in defense of Islam and Muslims whenever they are perceived offended around the world — most recently over cartoons depicting the Prophet Muhammad. In 1989, protests spread from Pakistan elsewhere, leading to the fatwa by Iran’s Ayatollah Ruholla Khomeini against author Salman Rushdie for his depiction of Islam in his book Satanic Verses.

But political and economic factors, including concerns about losing out on vast Chinese investments, have kept Pakistan and other Muslim countries silent about the plight in China of fellow Muslims, the Uighurs.

“Cold, hard interests will always carry the day” in international relations, said Michael Kugelman, deputy director of the Asia Program at the Washington-based Wilson Center. “The Muslim world’s deafening silence about China’s treatment of Muslims can be attributed to its strong interest in maintaining close relations with the world’s next superpower.”

China is financing major development projects in cash-strapped Pakistan. Islamabad says Beijing’s up to $75 billion development project known the China-Pakistan Economic Corridor — part of an effort to reconstruct the historic Silk Road linking China to all corners of Asia — will bring new prosperity to Pakistan, where the average citizen lives on just $125 a month.

For Atta, it’s not just the separation from his wife.

He has also had to leave their two sons, who are 5 and 7 years old and whose passports were confiscated by the Chinese government, in the care of his wife’s family. Otherwise, he said, the authorities would have put them in an orphanage.

He went back to China twice for a few months but both times his visas expired and he had to return to Pakistan. Getting in touch with family in Xinjiang is a circuitous route that involves reaching out to Pakistani friends still there, who then track down family members willing to talk.

“Now especially I am worried. It is now eight, almost nine months, that I have not seen my children,” he said. “I haven’t even been able to talk to them.”

Last week, Atta finally talked to his brother-in-law after a friend discovered he had a heart attack and was recovering in a hospital in Urumqi, the capital of Xinjiang.

“He said my sons were good, but he had no news of my wife,” said Atta.

China routinely responds to queries on Uighurs by saying its policies are aimed at creating “stability and lasting peace” in Xinjiang but President Xi Jinping’s campaign to subdue a sometimes restive region, including the internment of more than 1 million Uighurs and other Muslim minorities, has alarmed a United Nations panel and the U.S. government.

Mushahid Hussain, chairman of Pakistan’s Senate Foreign Affairs Committee, said the cardinal principle of Pakistan-China relations is to refrain from commenting on anything to do with the other country’s domestic issues.

“Given the relationship of Pakistan with China, and in the Muslim world in particular, the Chinese narrative is apparently being accepted across the board as the one that is correct,” Hussain said.

A steady stream of Pakistani men has visited Beijing in recent months , lobbying for the release of their wives to little avail. Some say they met Pakistan’s ambassador to China, Masood Khalid, on multiple occasions, and were told their issues were raised privately with the Chinese.

Another Pakistani man in a similar predicament, Mir Aman, went to China more than 25 years ago as a poor laborer in search of work.

There, he met his wife, Maheerban Gul, they worked hard and eventually bought a hotel. The couple has two daughters, Shahnaz, 16, and Shakeela, 12, both now with their father in Pakistan.

Last year, Aman first tried to go back to China alone, but the authorities denied him entry at a border crossing without his wife. Then they returned together to Xinjiang. There, she was ordered to report every morning to the police, who gave her books on the Communist Party to read.

“When they would see anything written in Urdu, a prayer mat or something related to religion, they would seize it,” he said. “They want to eliminate Islam.”

After a few weeks, Aman was ordered to leave even though he had a six-month visa. He was told he could return after one month. When he did, his wife was gone.

For four months he pestered police every day, threatened to take his life in public. He was finally allowed to see his wife, who was brought to a local police station, for just an hour.

They cried. When the meeting ended he was told to go home to Pakistan “and stop making trouble for the administration,” Aman said.

He has no idea where she is being held.