Not into bingo, 84-year-old Texas woman gets college degree 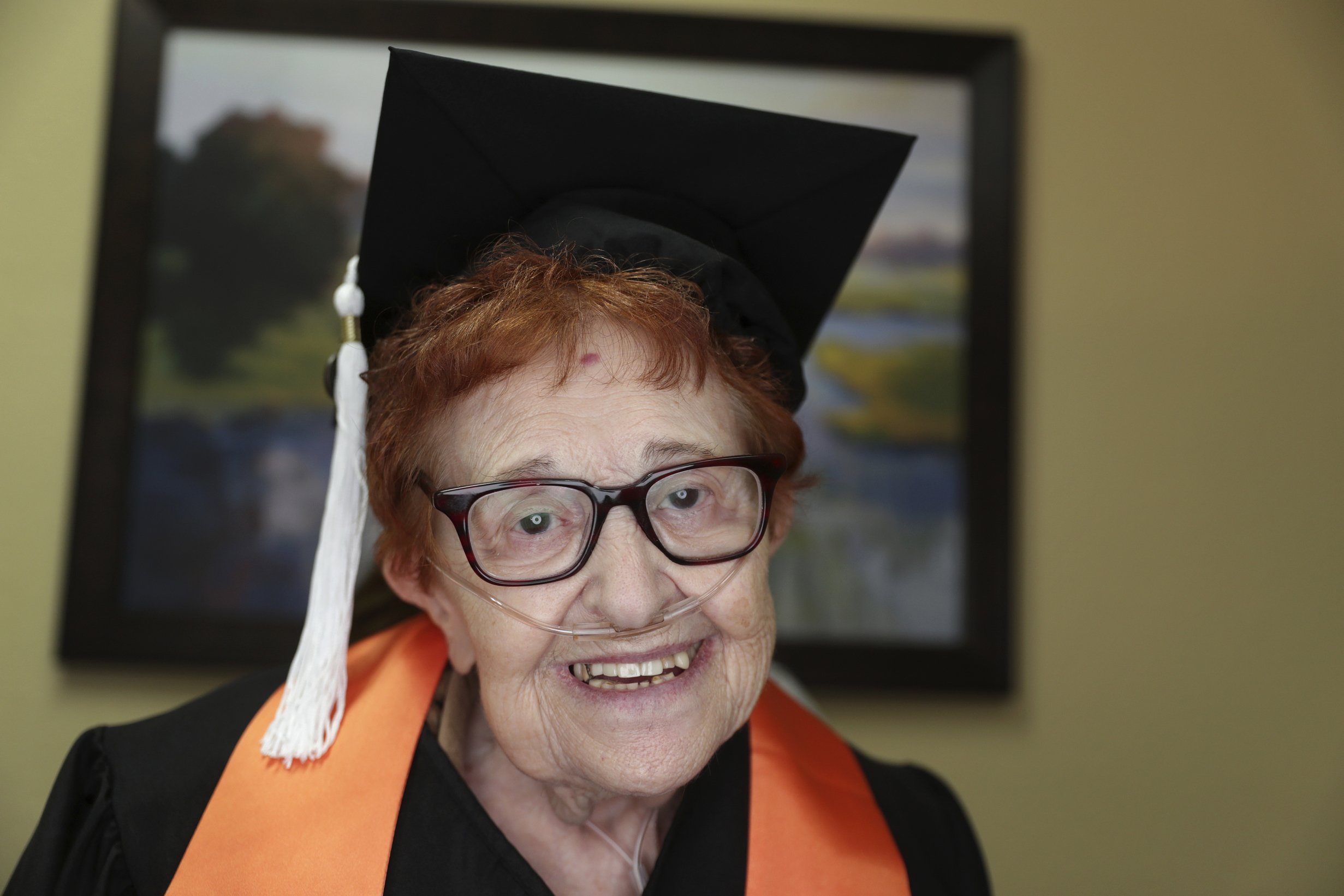 RICHARDSON, Texas — After raising five kids and retiring at age 77 from her secretarial job, Janet Fein couldn’t be blamed for finally relaxing, but that’s not her.

Fein, now 84, went to back to school and will accomplish a long-held goal this week when she graduates from the University of Texas at Dallas with a bachelor’s degree.

“I didn’t have anything to do in retirement and I didn’t think that playing bingo was up to my speed,” said Fein, who majored in sociology because she felt it was “substantial.”

She said she enjoyed all the reading and writing papers. “With each class I already knew a lot, but then I also learned a lot. And that made me happy,” she said.

People 65 and older make up less than one percent of U.S. college students. In 2015, they accounted for about 67,000 of about 20 million college students, according to the National Center for Education Statistics.

“Keeping oneself active and vital and giving yourself something to look forward to like that is just a really positive move,” said Dr. Carmel Dyer, executive director of the UTHealth Consortium on Aging at The University of Texas Health Science Center at Houston.

Fein took part in a state program that allows people ages 65 and older to take up to six credit hours for free at public universities in Texas. About 2,000 people took advantage of the offer last year, according to the Texas Higher Education Coordinating Board.

Fein said she wanted the degree “with all of my heart” and kept going to classes even as she transitioned from living on her own and driving herself around to needing a walker and oxygen and eventually moving to a senior living facility. Then her knees gave out, so she did a semester of independent study and took online classes to fulfill her degree requirements.

“She did not give up in the midst of her challenges … she just kept plugging along,” said Fein’s college adviser, Sheila Rollerson.

Tracy Glass, 40, befriended Fein after they both took front-row seats in a class.

“I sat right next to her and over the course of the semester built a fast friendship with her,” said Glass, who said Fein’s firsthand memories of world events — like the women’s movement — enlivened discussions.

Carol Cirulli Lanham, a senior lecturer in sociology, said, “She would speak up a lot in class and I think that it just made for a more interesting class … because she literally remembered some of the times we were talking about.”

Fein, who worked on her associate degree for two decades before earning it in 1995, spent 18 years staying home with her children and worked several jobs over the decades, including a 20-year stint as a secretary at a Dallas orthopedic hospital — the job she retired from in 2012.

Renee Brown, a certified nursing assistant who is one of Fein’s caregivers, said Fein has inspired her. At 53, she plans to enroll in a program to become a licensed vocational nurse.