Pelosi flashes survival skills – and she’ll need them in ’19 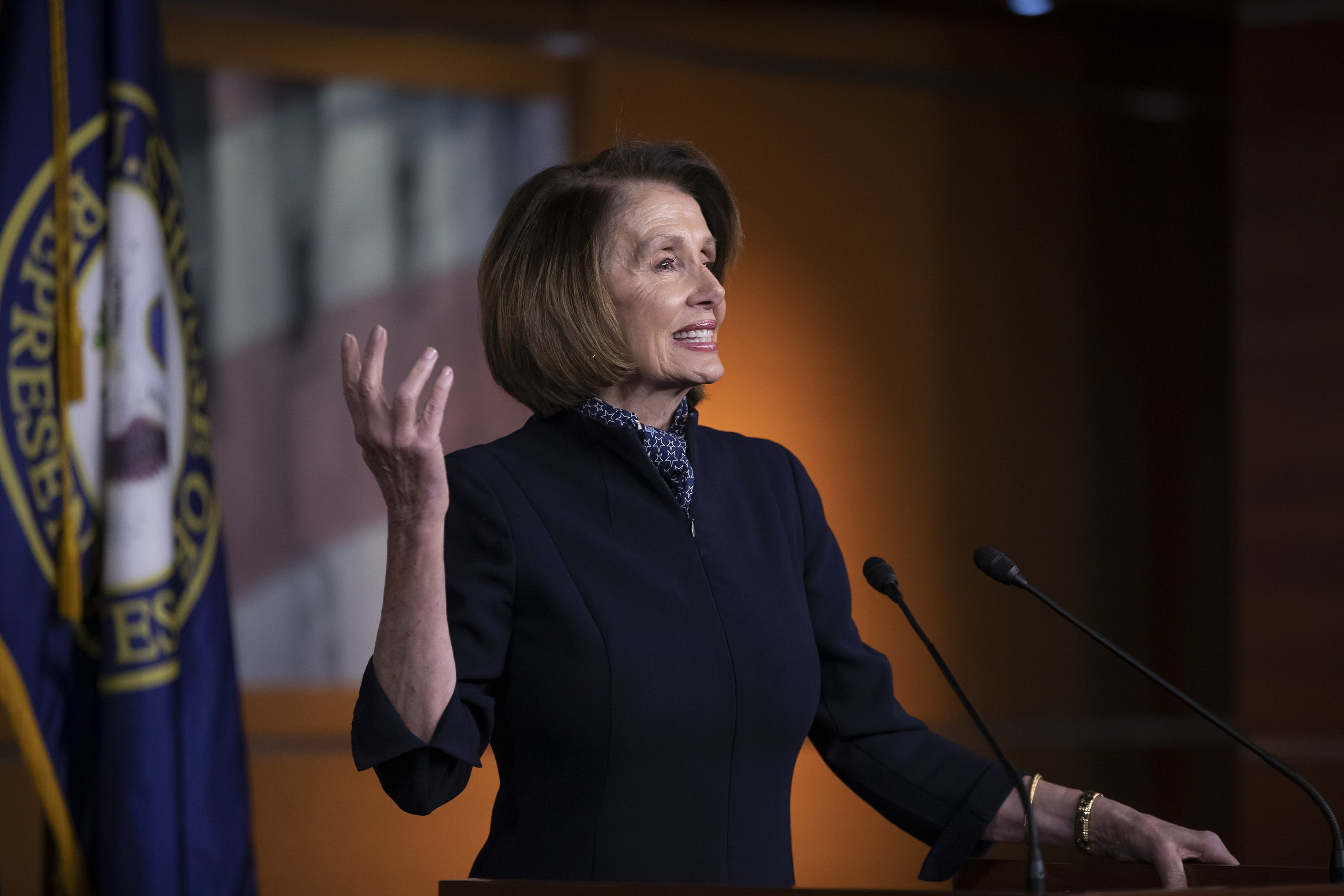 WASHINGTON — Rep. Nancy Pelosi is formidable but not immortal.

The California Democrat seems to have sewn up the race to become House speaker next month, but she also has accepted a maximum four-year expiration date on her tenure. She previously had resisted any term limit, saying it would weaken her.

Pelosi had overwhelming support among Democrats for the top job. But to ensure the majority (probably 218 votes) she will need when the full House elects the speaker Jan. 3, she had to quell a rebellion by a stubborn faction of Democrats demanding a new generation of leaders.

It took five weeks, but she prevailed, wielding skills she will need to manage the roughly 235 Democrats, among the 435 representatives, who will comprise the House majority in the new Congress.

A look at what that fight suggests about the coming year:
___

SKILLED, RESPECTED AND SOME SAY FEARED …

Pelosi can find adversaries open to negotiation and cut deals with them, outnumber and isolate opponents and count votes. She can use a network of allies inside and outside Congress to exert pressure. She has experience and relationships built during three decades in Congress — the last 16 years leading Democrats as House minority leader or speaker, the job she held from 2007 into January 2011.

Her ability to apparently nail down the votes she will need is evidence of the broad and deep support she has from Democrats. That should give her a strong starting point when she needs to make strategic decisions for her party or round up votes for legislation.

Rep. Linda Sanchez, D-Calif., among the rebels who opposed Pelosi’s election as speaker until the term-limit deal, said no rival for the speaker’s job emerged because no one wanted to directly challenge her.

“People are afraid of her,” said Rep. Kurt Schrader, D-Ore., who remains against Pelosi. “And it’s tough to take pressure, I guess.”
___

… BUT SHE DID MAKE A CONCESSION

Pelosi, 78, didn’t seem to clinch her victory until agreeing in writing to serve no more than two two-year terms as speaker.

That means she won’t be a weakened lame duck, since she can potentially be re-elected to the job in 2020, she says. Her backers note she’d be approaching her 83rd birthday as that second term expires and suggest she wasn’t going to serve forever anyway.

Still, the agreement marked a retreat from initial statements that she would not specify an end date to her service because she did not want to lose clout. To any Democrat watching, it showed that as with any congressional leader, rank-and-file lawmakers in sufficient numbers can extract concessions.
___

WHICH DEMOCRATS COULD CAUSE HER PROBLEMS?

While Pelosi’s most outspoken Democratic opponents span the ideological spectrum, many are moderates in a party that tilts decisively in a liberal direction. Yet once it comes to writing and passing bills, Pelosi’s thorniest problems may well come from the party’s left wing, not its centrists.

The most hard-left Democrats could try pushing Pelosi to move faster and further than she would like on trying to impeach President Donald Trump. Fearful of moving prematurely and making Democrats look partisan and overzealous, Pelosi has said that impeachment needs to be handled with caution.

To show that Democrats can govern, there may also be times when Pelosi will want her colleagues to produce bills that can get Trump’s signature, perhaps on infrastructure. That would require passing legislation acceptable to Republicans. In those instances, it could be hardcore liberals, not Democratic moderates, who are likely to cause most of Pelosi’s heartburn.
___

While Pelosi seems assured of being speaker for two more years and perhaps two additional years beyond that, the desire for fresh leaders will remain an important dynamic among Democrats.

There are plenty of younger, ambitious Democrats jockeying to move up as Pelosi and her top two lieutenants prepare to move off the scene. Reps. Steny Hoyer of Maryland and James Clyburn of South Carolina, the second- and third-ranking leaders, are also in their late 70s and many Democrats are eager for them to get out of the way.

Democrats have elected five fresh faces to lower-level leadership jobs: Reps. Ben Ray Lujan of New Mexico, Hakeem Jeffries of New York, Cheri Bustos of Illinois, David Cicilline of Rhode Island and Katherine Clark of Massachusetts. Jeffries and Lujan are in their 40s; the others are in their 50s.

“I think the change has started. I think it’s going to accelerate,” said Rep. Ed Perlmutter, D-Colo., who wanted new leaders and helped negotiate the term limits Pelosi accepted. “And I think we maintained somebody, in my estimation, who’s going to be really good at the helm during some tumultuous times.”