Senators ask FBI to investigate Blackmun for lying to panel 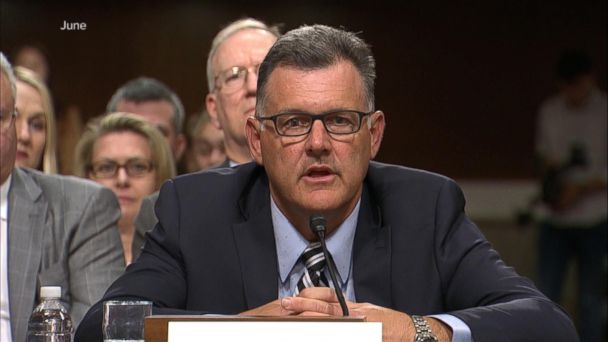 Two lawmakers are asking the Justice Department and FBI to look into whether former U.S. Olympic Committee CEO Scott Blackmun lied to a Senate panel in testimony about the handling of sex-abuse allegations against Larry Nassar.

At issue is Blackmun’s refuted claim that he discussed the case with USOC staff after receiving word of Nassar’s potential crimes from the USA Gymnastics president at the time, Steve Penny.

A report from the Ropes and Gray law firm released earlier this week concluded that nobody on the USOC staff could corroborate Blackmun’s account of a meeting. Blackmun had told the investigators there had been a meeting, but later changed his story upon hearing there was no corroboration.

Ropes and Gray concluded that there was a 14-month gap between Blackmun’s initial contact with Penny and the time Nassar’s crimes became public, which gave him the opportunity to molest more young women.