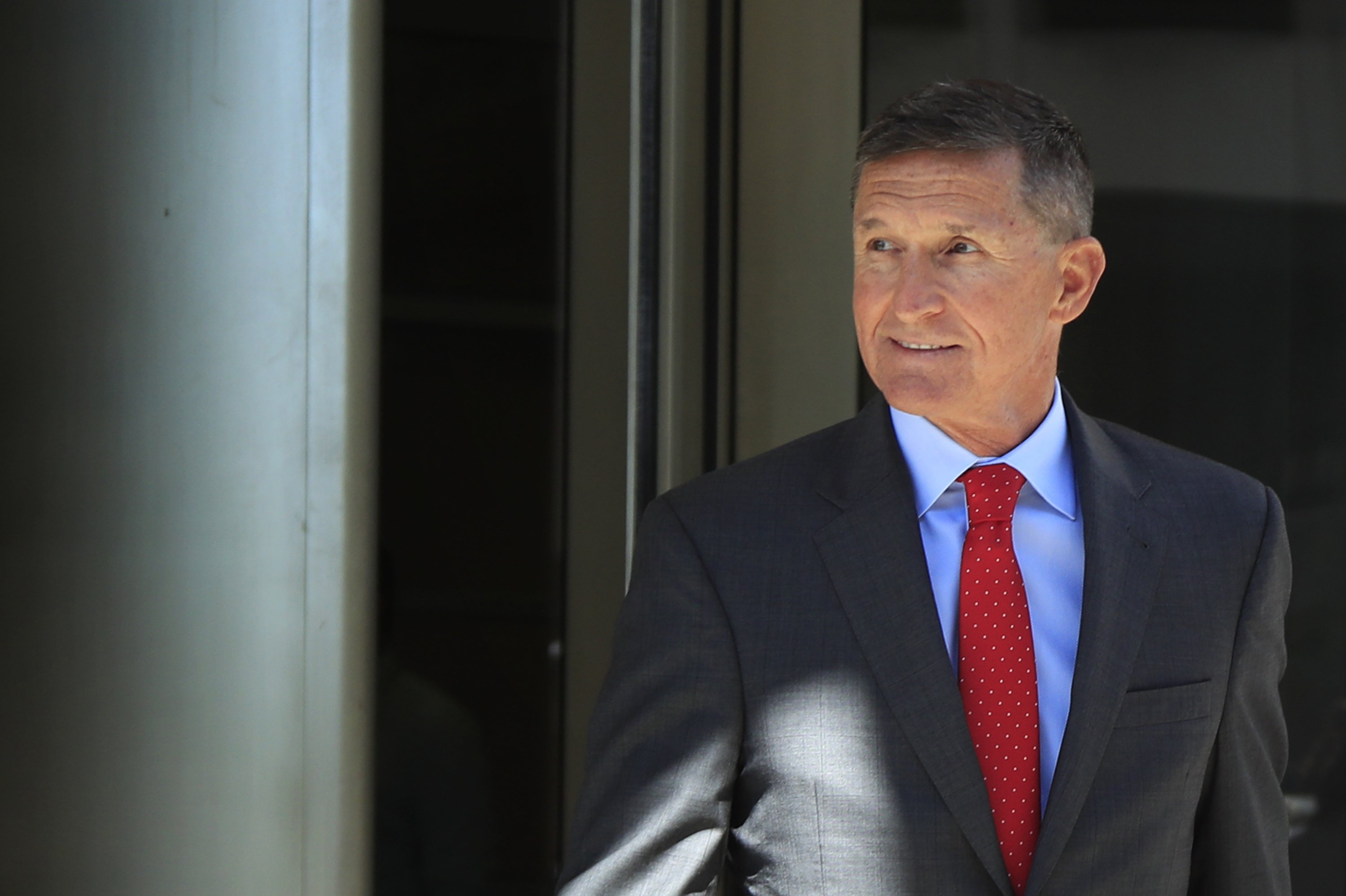 WASHINGTON — Michael Flynn may have given extraordinary cooperation to prosecutors, but the run-up to his sentencing hearing Tuesday has exposed raw tensions over an FBI interview in which the former national security adviser lied about his Russian contacts.

Flynn’s lawyers have suggested that investigators discouraged him from having an attorney present during the January 2017 interview and never informed him it was a crime to lie. Prosecutors shot back, “He does not need to be warned it is a crime to lie to federal agents to know the importance of telling them the truth.”

The mere insinuation of underhanded tactics was startling given the seemingly productive relationship between the two sides, and it was especially striking since prosecutors with special counsel Robert Mueller’s office have praised Flynn’s cooperation and recommended against prison time. The defense arguments spurred speculation that Flynn may be trying to get sympathy from President Donald Trump or may be playing to a judge known for a zero-tolerance view of government misconduct.

“It’s an attempt, I think, to perhaps characterize Flynn as a victim or perhaps to make him look sympathetic in the eyes of a judge — and, at the same time, to portray the special counsel in a negative light,” said former federal prosecutor Jimmy Gurule, a University of Notre Dame law school professor.

Until the dueling memos were filed last week, the sentencing hearing for Flynn — who pleaded guilty to lying about a conversation during the transition period with the then-Russian ambassador — was expected to be devoid of the drama characterizing other of Mueller’s cases.

Prosecutors, for instance, have accused former Trump campaign chairman Paul Manafort of lying to them even after he agreed to cooperate. Another potential target, Jerome Corsi, leaked draft court documents and accused Mueller’s team of bullying him. And George Papadopoulos, a Trump campaign adviser recently released from a two-week prison sentence, has lambasted the investigation and publicly claimed that he was set up.

Flynn, by contrast, has been notably silent even as his supporters advocated a more combative stance. He met privately with investigators 19 times and provided cooperation so extensive that prosecutors said he was entitled to avoid prison altogether.

Then came his sentencing memo.

Although Flynn and his attorneys stopped short of any direct accusations of wrongdoing, they took pains to note that Flynn, unlike other defendants in Mueller’s investigation, was not informed that it was against the law to lie to the FBI. They suggest the FBI, which approached Flynn at the White House just days after Trump’s inauguration, played to his desire to keep the encounter quiet by telling him the quickest way to get the interview done was for him to be alone with the agents — rather than involve lawyers.

They also insinuate that Flynn, of Middletown, Rhode Island, deserves credit for not publicly seizing on the fact that FBI officials involved in the investigation later came under scrutiny themselves. Former Deputy Director Andrew McCabe, who contacted Flynn to arrange the interview, was fired this year for what the Justice Department said was a lack of candor over a news media leak. Peter Strzok, one of the two agents who interviewed Flynn, was removed from Mueller’s team and later fired for trading anti-Trump texts with another FBI official.

Mueller’s team has sharply pushed back at any suggestion that Flynn was duped, with prosecutors responding in their own sentencing memo Friday that there was no obligation to warn Flynn against lying.

“A sitting National Security (Adviser), former head of an intelligence agency, retired Lieutenant General, and 33-year veteran of the armed forces knows he should not lie to federal agents,” prosecutors wrote.

Former FBI Director James Comey criticized the broadsides on the Flynn investigation during a Monday appearance on Capitol Hill, saying, “They’re up here attacking the FBI’s investigation of a guy who pled guilty to lying to the FBI.”

Trump has made no secret that he sees Mueller’s investigation as a “witch hunt” and has continued to lash out at prosecutors he sees as biased against him and those who help them. He’s shown continued sympathy for Flynn, though, calling him a “great person” and asserting — erroneously — that the FBI has said he didn’t lie.

Flynn has not tried to retract his guilty plea, and there’s every indication the sentencing will proceed as scheduled.

“You also wonder in this very unusual situation,” he said, “whether it is a play for a pardon.”

It’s also possible that at least some of the defense arguments may resonate with U.S. District Judge Emmet Sullivan, who directed prosecutors to produce FBI records related to Flynn’s interview. That included portions of the notes from Flynn’s Jan. 24, 2017, FBI interview, which is at the center of his case.

In response to Sullivan’s order, prosecutors publicly filed a redacted copy of the FBI interview notes late Monday evening. The notes show that FBI agents interviewed Flynn about his contacts with Russia, including his past trips to the country and his conversations with Sergey Kislyak, then Russia’s ambassador to the U.S.

Last year, Flynn pleaded guilty to lying about the contents of his conversations with Kislyak during the presidential transition.

The notes show Flynn told agents he didn’t ask Kislyak not to escalate Russia’s response to sanctions imposed by the Obama administration in response to election interference. But Flynn admitted in court papers last year that he did.

It’s unclear what impact, if any, the notes will have on Sullivan’s sentencing decision.

Sullivan was the judge in the Justice Department’s botched prosecution of now-deceased Republican Sen. Ted Stevens of Alaska. He dismissed the case after prosecutors admitted that they withheld exculpatory evidence, prompting the judge to say that in nearly 25 years on the bench, “I’ve never seen anything approaching the mishandling and misconduct that I’ve seen in this case.”

In an opinion piece for The Wall Street Journal last year, Sullivan said the case inspired him to explicitly remind prosecutors in every criminal case before him of their obligation to provide defendants with favorable evidence. He says he has encouraged colleagues to do the same.

But while Sullivan has proved especially sensitive to hints of government overreach, nothing about the Flynn case comes close, said Gurule, the law professor.

“To portray him as somehow an innocent dupe, as somehow just this innocent victim in the process, this suggestion that there was a perjury trap — it’s an absurd allegation,” he said.