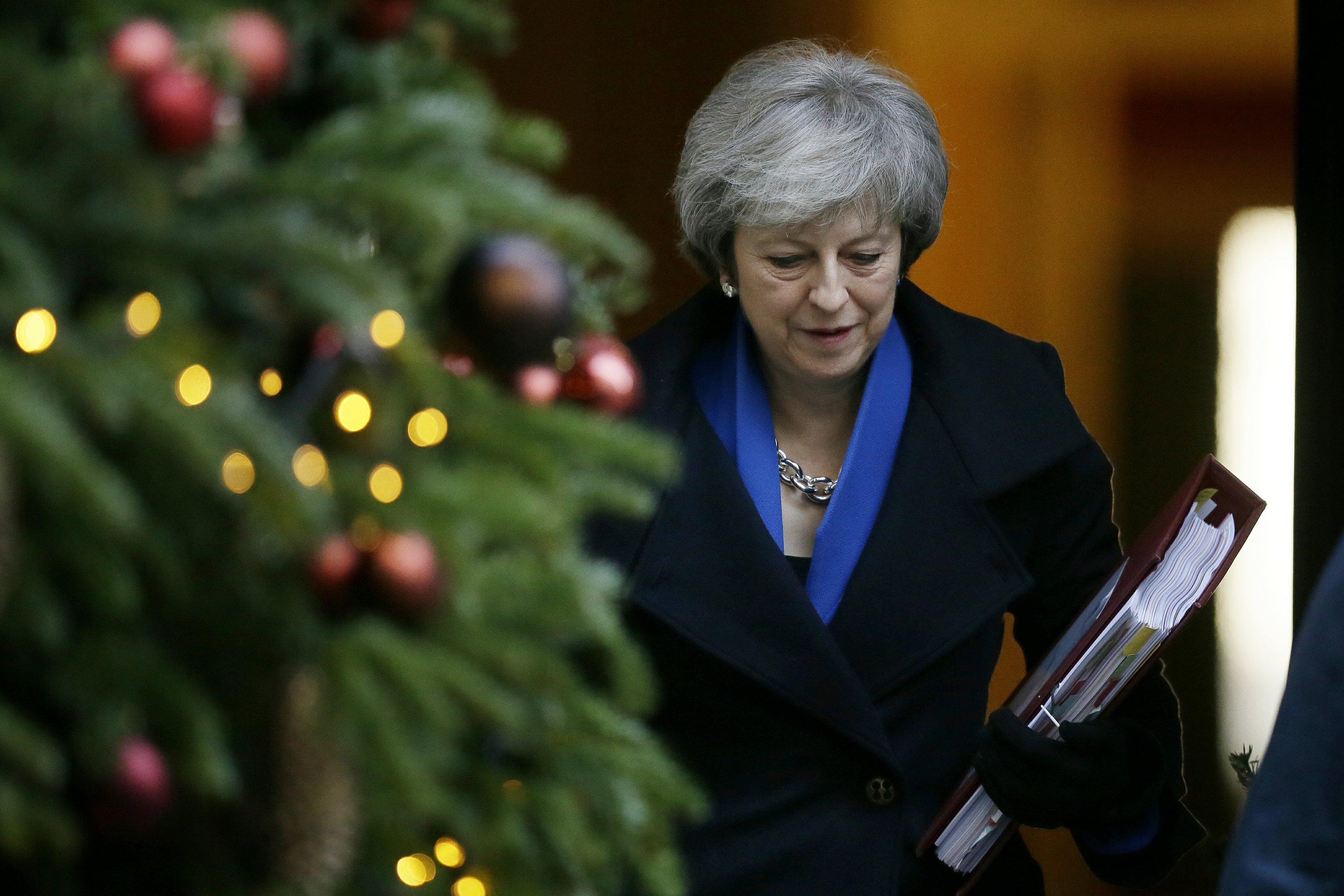 BRUSSELS — With British politics gridlocked and just 100 days until Brexit, the European Union on Wednesday triggered contingency plans designed to cushion some of the shock of a “no-deal” U.K. exit from the bloc.

The EU measures, announced a day after Britain ramped up its own no-deal planning, are intended to alleviate “major disruption” to people and businesses in sectors including financial services, customs, air transport and climate policy.

He said the aim was “to turn an abrupt exit into a more soft landing.”

Britain is due to leave the EU on March 29, but it remains unclear whether lawmakers will approve the divorce agreement Prime Minister Theresa May’s government has negotiated with the bloc. Leaving without a deal risks plunging the British economy into recession and touching off chaos at the borders.

The 14 EU actions include temporary one- to two-year measures to allow U.K.-EU financial services to continue and a 12-month provision to keep planes flying between Britain and the bloc.

On Tuesday, the British government stepped up U.K. no-deal preparations, putting 3,500 soldiers on standby and warning thousands of businesses and millions of households to get ready for disruption.

The government said the plans — which include chartering boats and stockpiling medicines — are a sensible precaution.

But opposition politicians accuse the government of trying to scare lawmakers into supporting May’s Brexit deal.

Opposition Labour Party leader Jeremy Corbyn on Wednesday accused May of “a cynical attempt to drive her deeply damaging deal through this House.”

“No-deal would be a disaster for our country and no responsible government would ever allow it,” Corbyn said.

Many businesses agree. Britain’s five leading business groups said in a rare joint statement that businesses “have been watching in horror” as political infighting made the prospect of a disorderly Brexit more likely.

Organizations including the British Chambers of Commerce and the Confederation of British Industry urged lawmakers to “return to their constituencies over Christmas and talk to their local business communities.”

“We hope that they will listen and remember that when they return to Parliament, the future course of our economy will be in their hands,” the groups said.

In a bid to regain some of its vanished political momentum, the British government was publishing long-awaited plans Wednesday for a post-Brexit immigration system that will end free movement of EU citizens to the U.K.

Home Secretary Sajid Javid said the proposals — Britain’s biggest immigration changes in more than 40 years — would create a “skills-based immigration system built around the talent and expertise people can bring, rather than where they come from.”

At present, all EU nationals can live and work in Britain under the bloc’s free-movement rules, but that will end after the U.K. leaves in March.

The government is proposing no limit on the number of well-paid, skilled immigrants who can settle in Britain, but curbs on “low-skilled” workers.

The rules will not apply to more than 3 million EU citizens currently living in Britain. The government has said they can stay, even if the U.K. leaves the bloc without an agreement on future relations. The EU, in its no-deal plans, urged member states to extend the same right to more than 1 million resident British nationals.

Immigration was a major factor behind Britain’s 2016 vote to leave the EU, and May has made “taking back control of our borders” her key Brexit goal.

But that has put her at odds with many business leaders, and some members of her own Conservative government.

Big chunks of Britain’s economy, from agriculture to health care, have come to depend on European workers — more than 1 million of whom have moved to Britain in the last 15 years. Businesses fear that choking off the flow of lower-skilled workers could lead to acute employee shortages.

“High skills does not equal high pay,” she told the BBC.

The government plans suggest setting a salary threshold that immigrants will have to meet in order to be given the right to settle in Britain. A figure of 30,000 pounds ($38,000) a year, recommended by an independent report earlier this year, is more than the starting salary for nurses, paramedics, junior doctors and many other professions.

Javid said the “exact threshold” would be decided after public consultation.

He also said the plan would not commit to reducing net immigration below 100,000 people a year — a longstanding goal of the Conservative government that it has never come close to meeting. Net immigration in the year to June was 273,000.

Javid said the plans would seek to reduce migration to “more sustainable levels,” but would not set a specific target.