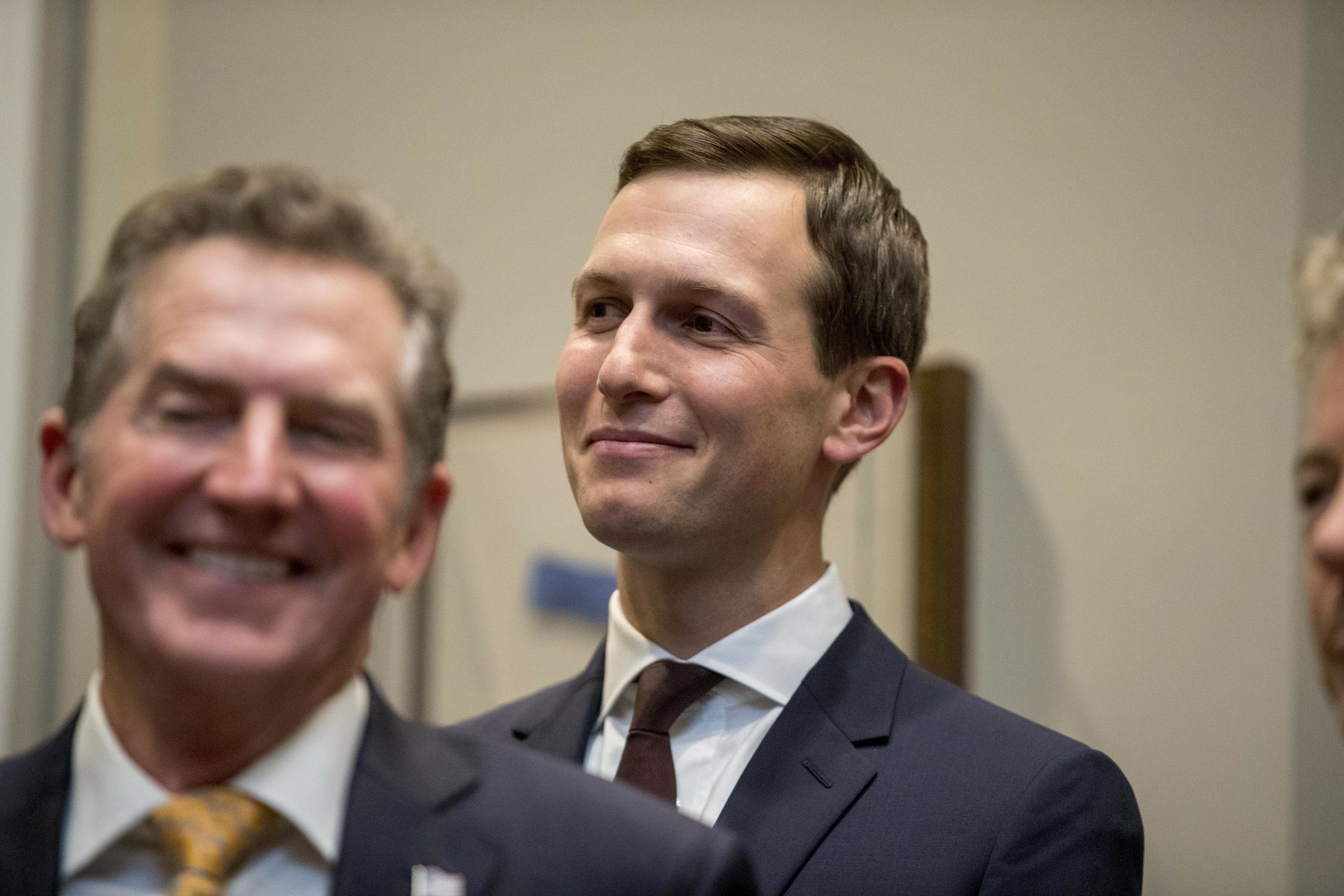 WASHINGTON — It was the first time many liberal advocates had set foot inside President Donald Trump’s White House.

And they came at the invitation of presidential son-in-law Jared Kushner — a top White House adviser whom many liberal and good-government groups have criticized, questioning his lack of experience in government, potential conflicts of interest and cozy relationship with foreign leaders, including Saudi Arabia’s crown prince.

But in White House conference rooms and lobbying trips to Capitol Hill, Kushner worked with advocates, legislators and others on both sides of the aisle to try to craft a deal to make the nation’s criminal justice system fairer. Now Kushner, the likely subject of new investigations when Democrats take control of the House next year, is getting credit for helping to spearhead what could be the first major bipartisan legislative success of the Trump era: a first-in-a-generation criminal justice overhaul that passed the Senate Tuesday and is expected to pass the House later this week.

“I don’t think this would have happened without him,” said Sen. Corey Booker of New Jersey, a potential 2020 Democratic presidential contender, adding that the bill would have “a profound effect on thousands of families who have been suffering as a result of this broken system.”

Inimai Chettiar, director of the Justice Program at the Brennan Center for Justice, who attended multiple meetings at the White House and lobbied with Kushner on the Hill, said that while the center’s policies are generally “very oppositional” to the Trump agenda, criminal justice offered a rare opportunity for cooperation. Kushner “understands why this is a very important issue and the effect that it could have,” she said.

For Kushner, the criminal justice issue has long been deeply personal.

Kushner was in his early 20s and a law and business school student in the mid-2000s when his father was sentenced to federal prison on charges of tax evasion, witness tampering and illegal campaign donations.

“When you’re on the other side of the system, you feel so helpless,” Kushner told The Associated Press in a recent interview. “I felt like, I was on this side of the system, so how can I try to do whatever I can do to try to be helpful to the people who are going through it” and deserve a second chance.

While the issue was never part of Trump’s campaign message, within months of his father-in-law taking office, Kushner was spotted in the hallways of Congress, coming and going from meetings on the subject. He worked with groups including the ACLU, Brennan Center, and the conservative Koch brothers’ network, along with Republican governors, law enforcement groups, former Obama special adviser Van Jones and reality star Kim Kardashian West. Trump supports the measure.

Even before the bill comes up for a vote, though, some of the unlikely allies who successfully worked with Kushner on criminal justice are skeptical the working relationships built in recent months will translate into further bipartisan successes. The Trump administration enters a new era in January, when Democrats take control of the House.

Democrats have made clear that they intend to use their subpoena power to investigate the administration, including Kushner, who is expected to face an onslaught of inquiries digging into everything from his businesses, to his security clearance, to his relationship with the man accused of ordering the killing of journalist Jamal Khashoggi.

Revamping criminal justice, they say, was a unique and rare area of consensus.

“The fact of the matter is that many of the policies of the Trump administration are squarely at odds with ACLU principles. And it’s lovely to have a rapport on an issue you can agree with,” said Anthony Romero, executive director of the American Civil Liberties Union. “It might be much harder to find common ground on any other issue.”

Kushner declined to comment on the record about the expected inquiries, and what the new reality might mean for his father-in-law and the White House.

He also faced opposition from within the administration, including former Attorney General Jeff Sessions, who was deeply opposed to the sentencing changes that helped to bring Senate Democrats on board. Even on Tuesday, critics of the bill, including Republican Sen. Tom Cotton, were making a final push to amend the legislation, which gives judges more discretion when sentencing some drug offenders and boosts prisoner rehabilitation efforts, in a way that would likely kill its prospects.

But Romero, whose ACLU has filed 107 lawsuits against the Trump administration so far, most challenging its immigration policies, said that Kushner’s role in working with Sens. Dick Durbin, D-Ill., and Chuck Grassley, R-Iowa, was “critical to getting us to this point.”

He praised Kushner’s “tenacity” and “doggedness,” pointing to repeated phone calls and weekend text messages to trade ideas and status reports, even after an initial summer meeting at the White House when Romero told Kushner a previous version of the bill was “anemic.”

“Though we have many areas of disagreement with the White House, it was refreshing to find one area where we could work together,” Romero said, adding that, Kushner’s personal commitment to the issue “allowed us to break through.”

Holly Harris, a conservative strategist and executive director of the Justice Action Network, credited Kushner’s efforts to put Republican governors supportive of the legislation in front of the president to share their experiences about how similar efforts in their states had helped reduce crime.

“Their voices were critical in showing another side of reform to the president,” she said of Trump.

“He never quit. He never slowed down. He kept moving things,” added Grover Norquist, an advocate for lower taxes, who also worked with Kushner.