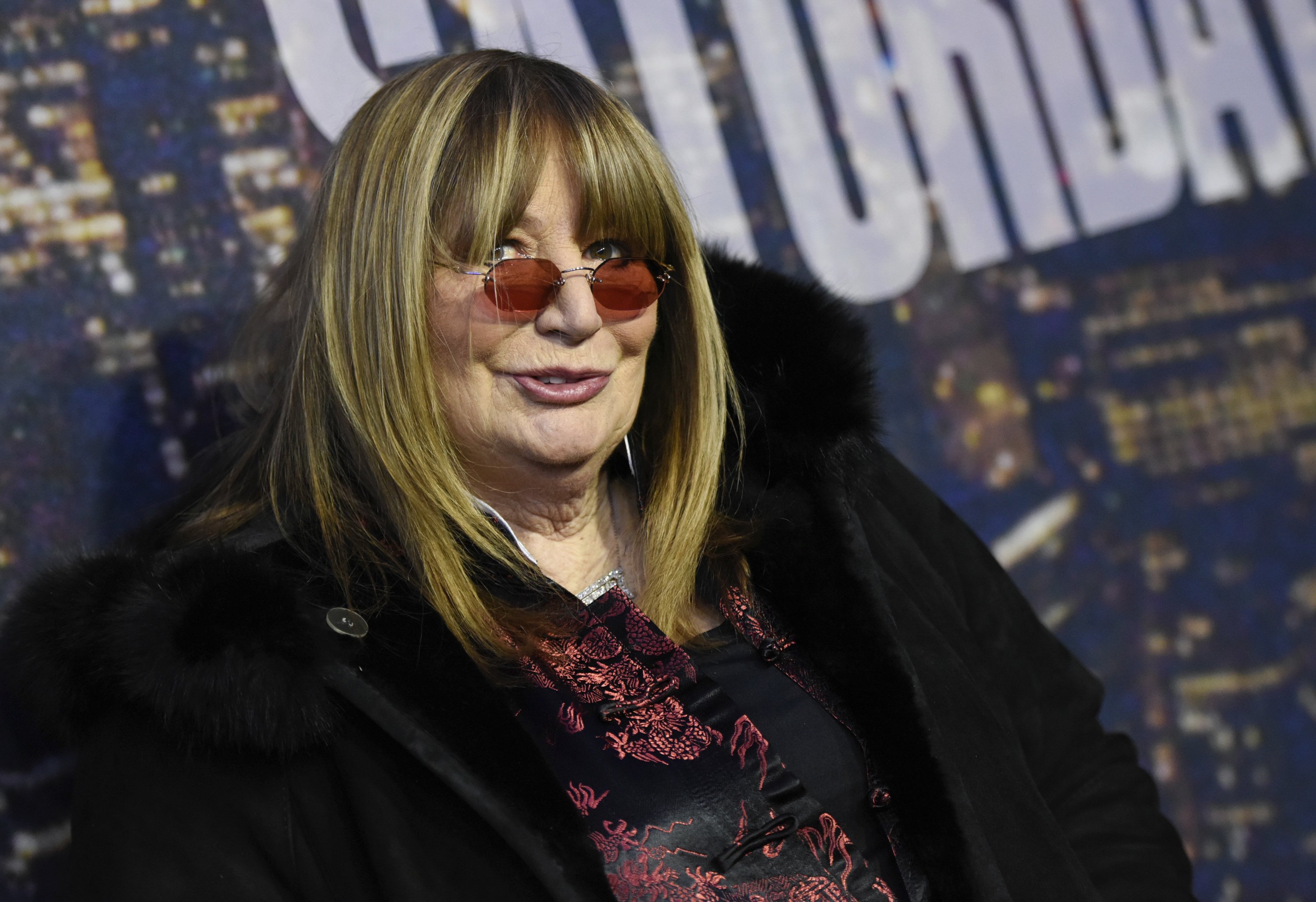 NEW YORK — Penny Marshall was typically self-effacing whenever her brother, the late filmmaker Garry Marshall, proudly boasted that his sister was the first female director to direct a $100 million box-office hit.

“They didn’t give ME the money,” Marshall joked in 2012 to The New Yorker.

Marshall, the “Laverne & Shirley” star who reinvented herself as a trailblazing Hollywood director of smash-hit comedies “Big” and “A League of Their Own,” usually let others do the bragging for her. Marshall died Monday night at her Los Angeles home due to complications from diabetes, said Michelle Bega, a spokeswoman for the Marshall family.

In “Laverne & Shirley,” among television’s biggest hits for much of its eight-season run between 1976-1983, the nasal-voiced, Bronx-born Marshall starred as Laverne DeFazio alongside Cindy Williams as a pair of blue-collar roommates toiling on the assembly line of a Milwaukee brewery. A spinoff of “Happy Days,” the series was the rare network hit about working-class characters, and its self-empowering opening song (“Give us any chance, we’ll take it/ Read us any rule, we’ll break it”) foreshadowed Marshall’s own path as a pioneering female filmmaker in the male-dominated movie business.

“Almost everyone had a theory about why ‘Laverne & Shirley’ took off,” Marshall wrote in her 2012 memoir “My Mother Was Nuts.” ″I thought it was simply because Laverne and Shirley were poor and there were no poor people on TV, but there were plenty of them sitting at home and watching TV.”

“Jumpin’ Jack Flash” did fair business, but Marshall’s next film, “Big,” was a major success. The 1988 comedy, starring Tom Hanks, is about a 12-year-old boy who wakes up in the body of a 30-year-old New York City man. The film, which earned Hanks an Oscar nomination, grossed $151 million worldwide, or about $320 million accounting for inflation.

Marshall reteamed with Hanks for “A League of Their Own,” the 1992 comedy about the women’s professional baseball league begun during World War II, starring Geena Davis, Madonna and Rosie O’Donnell. That, too, crossed $100 million, making $107.5 million domestically.

On Tuesday, Marshall’s passing was felt across film, television and comedy. “Big” producer James L. Brooks praised her for making “films which celebrated humans” and for her helping hand to young comedians and writers. “To many of us lost ones she was, at the time, the world’s greatest den mother.”

Marshall’s early success in a field where few women rose so high made her an inspiration to other aspiring female filmmakers. Ava DuVernay, whose “A Wrinkle in Time” was the first $100 million-budgeted film directed by a woman of color, said Tuesday: “Thank you, Penny Marshall. For the trails you blazed. The laughs you gave. The hearts you warmed.”

In between “Big” and “A League of Their Own,” Marshall made the Oliver Sacks adaptation “Awakenings,” with Robin Williams and Robert De Niro. The medical drama, while not as successful at the box office, became only the second film directed by a woman nominated for best picture.

Carole Penny Marshall was born Oct. 15, 1943, in the Bronx. Her mother, Marjorie Marshall, was a dance teacher, and her father, Anthony, made industrial films. Her mother’s caustic wit — a major source of material and of pain in Marshall’s memoir — was formative. (One remembered line: “You were a miscarriage, but you were stubborn and held on.”)

“Those words are implanted in your soul, unfortunately. It’s just the way it was,” Marshall once recalled. “You had to learn at a certain age what sarcasm is, you know? When she says it about somebody else, you laughed, but when it was you, you didn’t laugh so much.”

During college at the University of New Mexico, Marshall met Michael Henry, whom she married briefly for two years and with whom she had a daughter, Tracy. Marshall would later wed the director Rob Reiner, a marriage that lasted from 1971 to 1981. Tracy, who took the name Reiner, became an actress; one of her first roles was a brief appearance in her mother’s “Jumpin’ Jack Flash.” Marshall is also survived by her older sister, Ronny, and three grandchildren.

Marshall’s brother Garry, already established as a writer, coaxed her to move out to Los Angeles in 1967. She studied acting while supporting herself as a secretary — a role she would later play on “Happy Days.”

Marshall never again matched the run of “Big,” ″Awakenings” and “A League of Their Own.” Her next film, the Army recruit comedy “Renaissance Man,” flopped. She directed “The Preacher’s Wife” (1996) with Denzel Washington and Whitney Houston. Her last film as director was 2001′s “Riding in Cars With Boys,” with Drew Barrymore. Marshall also helmed episodes of ABC’s “According to Jim” in 2009 and Showtime’s “United States of Tara” in 2010 and 2011, and directed the 2010 TV movie “Women Without Men.”

Marshall, a courtside regular at Los Angeles Lakers games, left behind a long-in-the-making documentary about former NBA star Dennis Rodman. When the project was announced in 2012, Marshall said Rodman asked her to do it.

“I have a little radar to the insane,” explained Marshall. “They seek me out.”