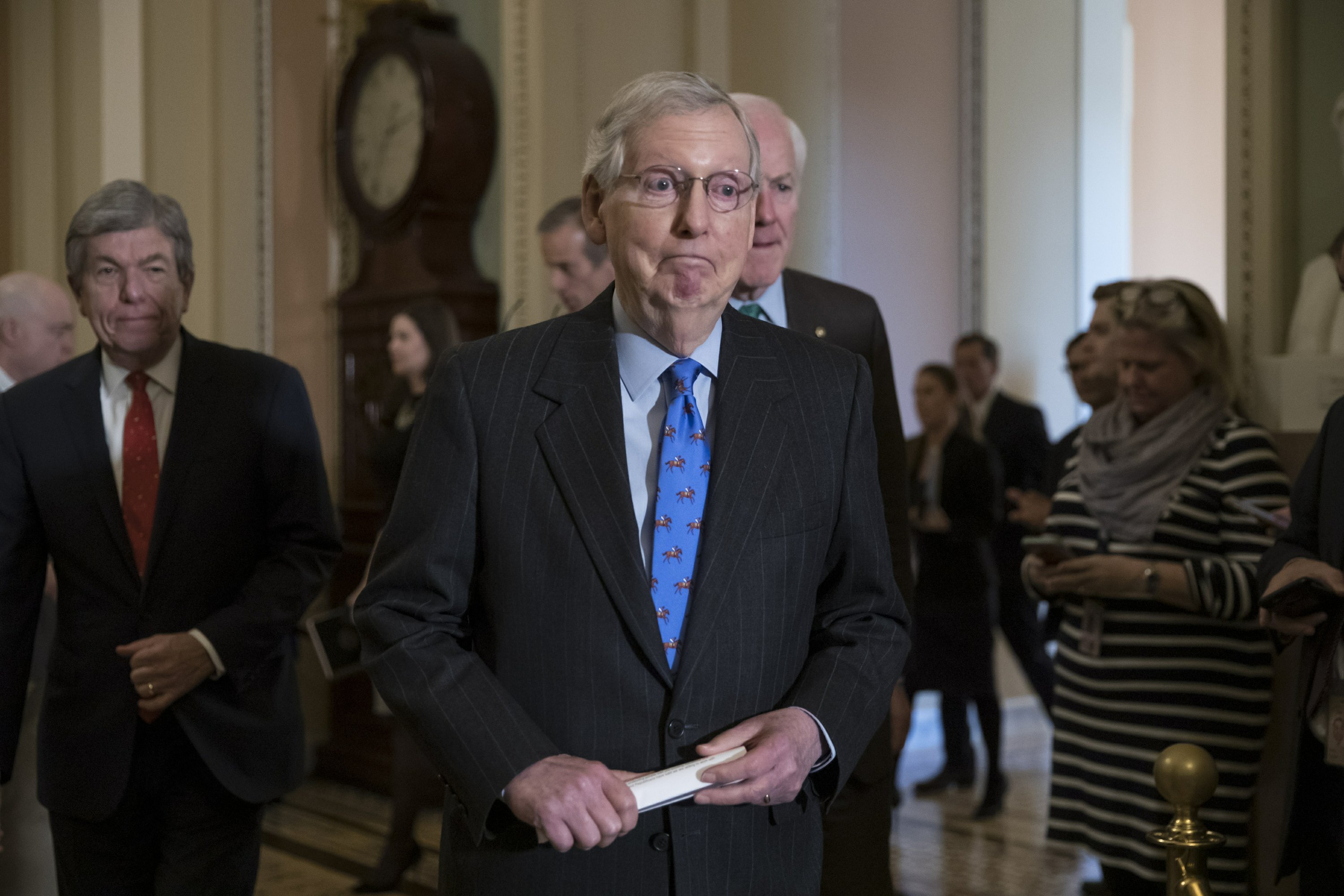 WASHINGTON — President Donald Trump appeared Tuesday to back off his demand for $5 billion to build a border wall, signaling for the first time that he might be open to a deal that would avoid a partial government shutdown.

The White House set the tone when press secretary Sarah Huckabee Sanders indicated that Trump doesn’t want to shut down the government, though just last week he said he’d be “proud” to do so. The president would consider other options and the administration was looking at ways to find the money elsewhere, Sanders said.

It was a turnaround after days of impasse. Without a resolution, more than 800,000 government workers could be furloughed or sent to work without pay beginning at midnight Friday, disrupting government operations days before Christmas.

One option that has been circulating on Capitol Hill would be to simply approve government funding at existing levels, without a boost for the border, as a stopgap measure to kick the issue into the new Congress next month. The White House preference was for such a short-term package, said a person familiar with the negotiations but not authorized to discuss them by name.

“We want to know what can pass,” Sanders said at a press briefing. “Once they make a decision and they put something on the table, we’ll make a determination on whether we’ll move forward.”

She also said the president “has asked every agency to look and see if they have money that can be used.”

The turn of events kick-started negotiations that had been almost nonexistent since last week’s televised meeting at the White House, when Trump neither accepted nor rejected the Democrats’ offer. They had proposed keeping funding at current levels of $1.3 billion for border security fencing and other improvements, but not for the wall.

The Senate’s top Republican and Democratic leaders began negotiating new proposals and talks were expected to continue. One idea could be a stopgap measure into February.

Senate Majority Leader Mitch McConnell said he was confident there would not be a government shutdown. McConnell said a stopgap measure could be approved, though he suggested that House Minority Leader Nancy Pelosi, who is poised to become House speaker when the Democrats take control Jan. 3, would not want to saddle the new year with a budget brawl.

“If I were in her shoes, I would rather not be dealing with this year’s business next year,” McConnell said.

Pelosi and Senate Minority Leader Chuck Schumer have made it clear they are not interested in funding Trump’s border wall.

During a meeting earlier Tuesday on Capitol Hill, McConnell had proposed $1.6 billion for border fencing, as outlined in a bipartisan Senate bill, plus an additional $1 billion that Trump could use on the border, according to a senior Democratic aide unauthorized to speak about the private meeting.

“We cannot accept the offer they made of a billion-dollar slush fund for the president to implement his very wrong immigration policies,” Pelosi told reporters. “So that won’t happen.”

Democrats also rejected the administration’s idea of shifting money from other accounts to pay for Trump’s wall. Schumer said there will be no wall money, “plain and simple.”

Pelosi will probably be able to quickly approve a longer-term measure to keep government running in the new year. She called it a “good sign” that the White House appeared to be backing off its demands.

The White House showed its willingness to budge as it became apparent the president does not have support in Congress for funding the wall at the $5 billion level. Sanders said Tuesday there are “other ways” to secure the funding.

Sanders pointed to the Senate’s bipartisan appropriation measure for the Department of Homeland Security, which provides $26 billion, including $1.6 billion for fencing and other barriers. It was approved by the committee in summer on a bipartisan vote.

“That’s something that we would be able to support,” she said, as long as it’s coupled with other funding.

But House Democrats largely reject the Senate’s bill because it includes 65 miles of additional fencing along the Rio Grande Valley in Texas.

Trump had campaigned on the promise that Mexico would pay for the wall. Mexico has refused.

It’s unclear how many House Republicans, with just a few weeks left in the majority before relinquishing power to House Democrats, will even show up midweek for possible votes. Many Republicans say it’s up to Trump and Democrats to cut a deal.

The standoff dispute could affect nine of 15 Cabinet-level departments and dozens of agencies, including the departments of Homeland Security, Transportation, Interior, Agriculture, State and Justice, as well as national parks and forests.

About half the workers would be forced to continue working without immediate pay. Others would be sent home. Congress often approves their pay retroactively, even if they were ordered to stay home.

Many agencies, including the Pentagon and the departments of Veterans Affairs and Health and Human Services, are already funded for the year and will continue to operate as usual. The U.S. Postal Service, busy delivering packages for the holiday season, wouldn’t be affected by any government shutdown because it’s an independent agency.