Stock market woes raise a nagging fear: Is a recession near? 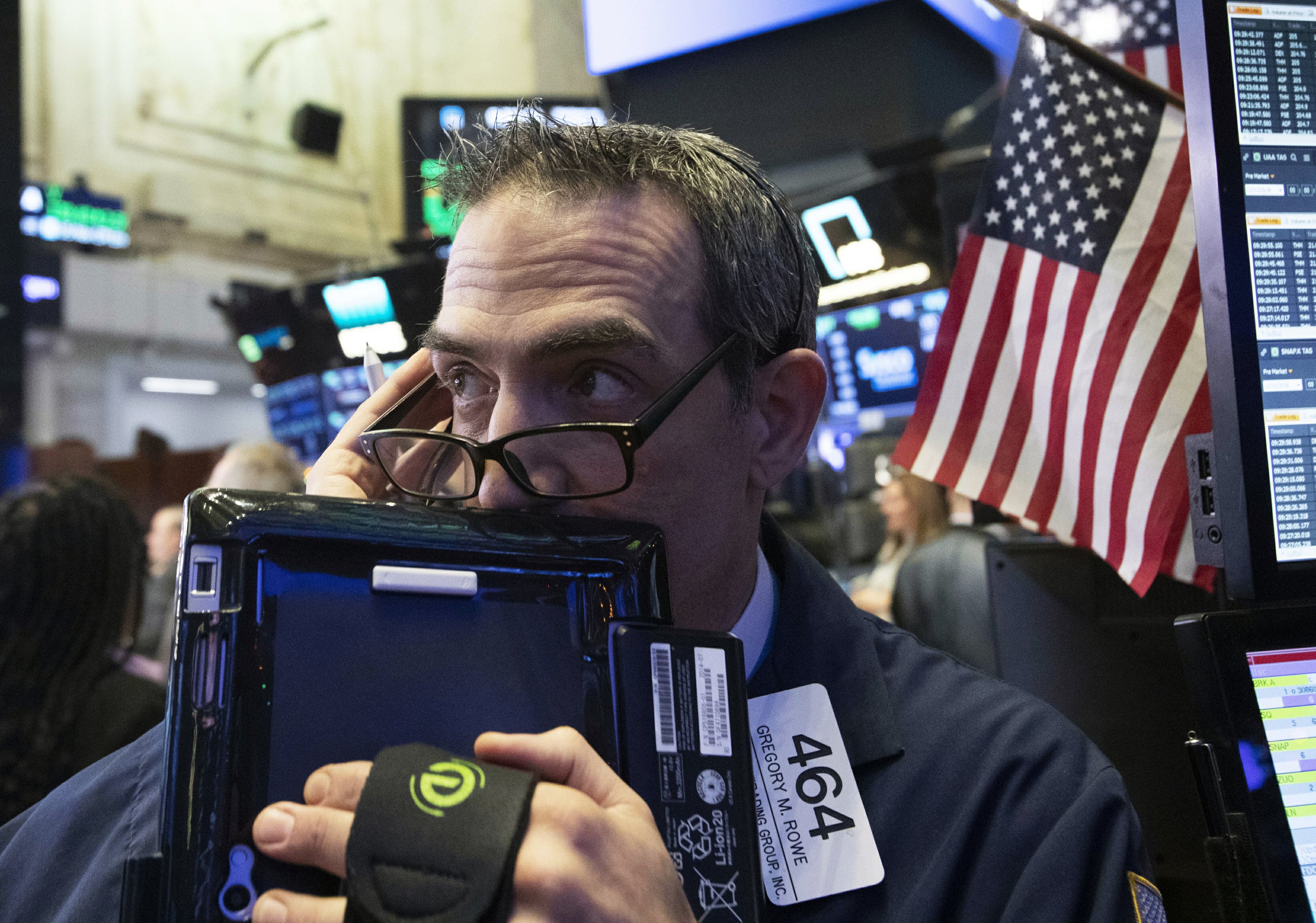 BALTIMORE — Fears of a recession have been mounting with the U.S. stock market appearing to be headed for its worst December since 1931 — during the Great Depression.

Wall Street’s sustained slump has been fueled by investor concerns about lower corporate profits, higher corporate debt, a festering trade war between the United States and China and a broader global slowdown.

So is a U.S. recession imminent?

Plenty of economic gauges suggest that far from being derailed by a stock market that’s set to suffer its first annual loss in a decade, the $20 trillion U.S. economy is barreling forward. Employers are hiring, consumers are spending ahead of the holidays and economic growth has been brisk, thanks in part to President Donald Trump’s deficit-financed tax cuts.

But the economy has been growing since mid-2009 and nothing — not even what’s become the second-longest U.S. expansion on record — lasts forever. As the expansion has aged, economists and business leaders are increasingly predicting that it will end within the next two years.

The fact is that recessions are a regular part of the economic cycle. A downturn won’t necessarily happen in 2019. But the free-fall in stock prices could hasten the day. Tuesday’s slight gain — the Dow Jones Industrial Average rose 82 points, or 0.4 percent, after having lost over 1,000 over the previous two days — was barely a respite.

“While we aren’t explicitly forecasting a recession next year, we wouldn’t rule out a mild one,” said John Higgins, chief markets economist of Capital Economics. “At the least, we expect a significant economic slowdown.”

Nearly half the chief financial officers surveyed by Duke University’s Fuqua School of Business foresee a recession by the end of next year. And by the end of 2020, 82 percent do so.

Here’s a look at how the movements of the stock market and the barometers of the economy might determine the risks of a recession.
___

DOES A SUSTAINED FALL IN STOCK PRICES HERALD A RECESSION?

Both the previous two U.S. recessions overlapped with stock market sell-offs. The Dow plunged nearly 32 percent in 2008 after the housing bubble burst. And it shed more than 5 percent in 2001 when the tech stock bubble burst. But stocks also declined in 2002 — a year when the U.S. economy expanded.

The bulk of most Americans’ net worth is derived from a different asset: Their homes.
___

HOW BAD IS THE STOCK MARKET DECLINE?

Year-to-date, the Dow has lost about 5 percent — just a small fraction of its 2008 plunge. And the recent losses follow an extraordinary winning streak: From its bottom in March 2009, the Dow has rocketed 250 percent. This means that investors who have held on have earned a rich profit — even including the losses since October.

That said, the sell-off of the past two months has been severe — about 12 percent. This means the market has entered “correction” territory, commonly defined as a decline of at least 10 percent.
___

WHAT’S BEHIND THE ECONOMY’S STRENGTH?

Look to the job market. The 3.7 percent unemployment rate is near a half-century low. Average hourly wages have climbed 3.1 percent in the past 12 months, the strongest such increase since 2009.

The solid employment picture has helped fuel consumer spending. Retail sales have grown 5.3 percent so far this year as more Americans have eaten out and shopped online, according to the Census Bureau.

The jobs market is also where to watch for signs of a recession. Ahead of the 2008 financial crisis, the monthly hiring levels swung from gains to losses and unemployment shot up. The Labor Department issues a weekly report on people applying for unemployment benefits. A sustained increase in such applications would signal that employers are shedding workers in anticipation of a downturn.
___

DOES THE HOUSING MARKET POINT TO A RECESSION?

A: This is tricky. By some measures, like the Census Bureau’s report on home construction, the housing market never really recovered from the meltdown of a decade ago. As a result, housing has contributed relatively little to the economic recovery, which makes it less likely to be a major force that tips it into a recession.

What has generally recovered are average home prices. Home sales prices have been steadily rising faster than Americans’ average wages for the past few years, according to the National Association of Realtors. This made some homeowners wealthier. But it also reduced affordability of homes for many would-be buyers.

Until this past year, homebuyers had been helped by historically low mortgage rates. But mortgage rates began to creep up last year as it became clear that Trump’s tax cuts would swell the federal budget deficit. Mortgage rates generally move in sync with 10-year Treasury notes. As the average 30-year mortgage rate has risen 4.63 percent from 3.93 percent a year ago, sales of homes have fallen.
___

ARE THE FED’S RATE HIKES A RISK FOR RECESSION?

A: The Federal Reserve has become a punching bag for Trump as the stock market has tumbled. The Fed is widely expected to raise its key short-term rate for the fourth time this year on Wednesday, which would likely further raise borrowing costs for consumers and businesses over time.

The Fed is raising rates to try to keep inflation at its 2 percent annual target while maximizing employment. But if it miscalculates and raises rates too high or too fast, history suggests it could trigger a recession.

Compounding the risk is that the Fed is also paring the huge bond purchases on its books, which resulted from the trillions in Treasury and mortgage bonds it bought to help the financial system recover from the 2008 financial crisis. Doing so magnifies the upward pressure on borrowing rates for consumers and businesses.
___

COULD RESOLVING A TRADE WAR WITH CHINA STOP A RECESSION?

A: Trump caused stocks to buckle when he ratcheted up taxes on Chinese imports in hopes of forcing Beijing to strike a deal that would protect U.S. technology from theft and reduce the trade deficit with China. Stocks recovered somewhat when further tariff increases were suspended after Trump met with President Xi Jinping earlier this month at an international gathering in Argentina.

A prolonged trade war could surely depress growth. But it’s unclear whether any new deal would speed growth to the point where a recession could be avoided.

The fact is that economic growth around the world is slowing, including in the United States as the benefits from the tax cuts wane. Britain is struggling to leave the European Union. France faces economic unrest. Italy appears to be in recession. China is trying to engineer slower growth after a multi-decade boom that would be destabilizing if it had maintained its once-sizzling pace.