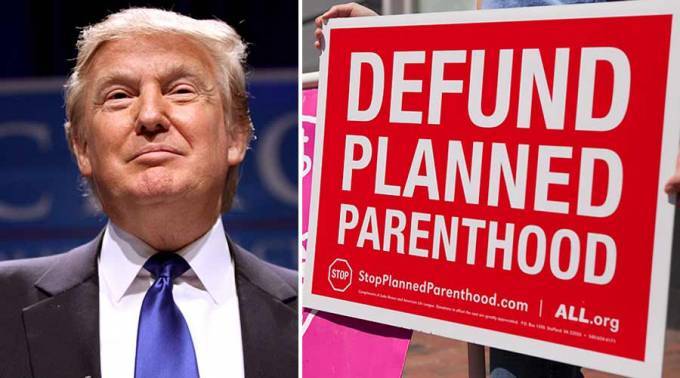 With Congressional Republicans lacking the votes to cut the $60 million in Title X funding that abortion provider Planned Parenthood receives from federal taxpayers, the Trump administration is taking matters into its own hands.

The Trump administration is issuing rules that would restore anti-abortion regulations unseen since the Reagan administration. No abortion provider would be allowed to receive funding from Title X, the government program that provides family planning care for the poor. Furthermore, health centers that receive funding from Title X would be prohibited from making abortion referrals.

At the same time, the Trump administration is directing money toward crisis pregnancy centers, which are faith-based organizations that offer health care for pregnant women but discourage abortion. Critics have long charged that these centers mislead women by not offering abortion as a viable option and have taken action against the centers. For example, California briefly had a law on its books that forced these health centers to tell women that abortion and contraception was available at little-to-no cost, but this law was effectively struck down by the Supreme Court this past June.

Title X was enacted in 1970 to provide for the family planning needs of women. The law has several requirements to prevent taxpayer funds from being used for abortions, including stipulations that prevent any taxpayer funds from being used for abortions, facilitating a referral to an abortion clinic unless the woman specifically requests one, and co-mingling abortion services with other family-planning services. However, critics of these requirements note that money is fungible; for example, any money Planned Parenthood receives can be deployed for whatever service it chooses, meaning that its profits from breast cancer screenings can be used to pay for abortions.

The proposed regulations will likely be challenged in court as soon as they are finalized and before they can be enforced. These court battles will not be over anytime soon; lawsuits stemming from the administration’s October 2017 rules, which broadened employer exemptions from providing birth control, are just getting started.