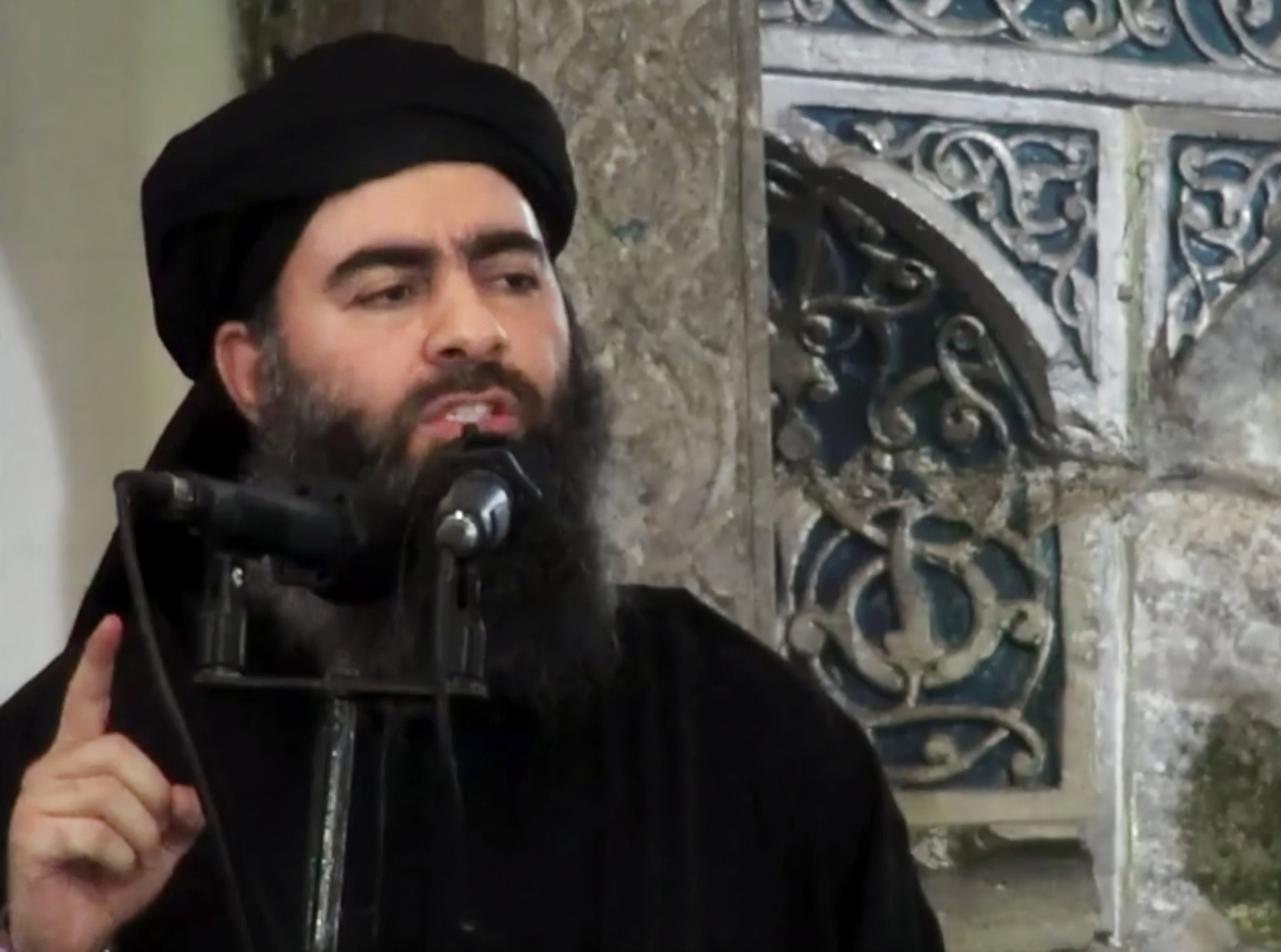 BAGHDAD — President Donald Trump is declaring victory over the Islamic State group in Syria, but the militants remain a deadly force, and U.S. partners warn a premature U.S. withdrawal will allow them to storm back.

The U.S. commander-in-chief made the announcement in a tweet Wednesday, using the surprise declaration to justify a sudden decision to remove all U.S. troops from Syria, a policy shift that caught lawmakers by surprise.

But the jihadists still hold territory in Syria and top leaders, including the group’s self-styled caliph Abu Bakr al-Baghdadi, remain at large. The U.S. is estimated to have 2,000 soldiers deployed in the war-torn country.

In new tweets Thursday, Trump claimed Russia, Iran and Syria are not happy about the U.S. leaving.

A look at the claims:

TRUMP: “We have defeated ISIS in Syria, my only reason for being there during the Trump Presidency.” – tweet Wednesday.

THE FACTS: The militants still hold a string of villages and towns along the Euphrates River in eastern Syria, where they have resisted weeks of attacks by the U.S.-supported Syrian Democratic Forces to drive them out.

The pocket is home to about 15,000 people, among them 2,000 IS fighters, according to U.S. military estimates.

But that figure could be as high as 8,000 militants, if fighters hiding out in the deserts south of the Euphrates River are also counted, according to according to the Syrian Observatory for Human Rights, which monitors the conflict through networks of local informants.

Observatory head Rami Abdurrahman said they include seasoned militants who have fought global wars of jihad since the 1990s.

The SDF, a Kurdish-led force that is America’s only military partner in Syria, said Thursday: “The war against Islamic State has not ended and the group has not been defeated.” The group is at the front lines of the battle against IS along the Euphrates River.

It said a U.S. withdrawal would leave Syrians “between the claws of enemy forces.”

At their height in 2014, Islamic State militants controlled approximately a third of territory in Syria and Iraq, including major cities in both countries. The group flourished in the political vacuum of Syria’s civil war, in which President Bashar Assad has violently put down a 2011 uprising against his family’s 40-year rule.

The pocket along the Euphrates represents just one percent of the territory it once held. But recent attacks in Iraq show the group is still capable of mounting deadly attacks, even without holding urban areas.

In November, IS militants stormed a security meeting near Karma in western Iraq and killed nine security officers.

In the year since Iraq’s government declared its own victory against the group, IS militants have mounted increasingly audacious attacks on roads and villages in the country, kidnapping and killing civilians and security officers and sewing fear of a brewing resurgence.

Trump’s own advisers have described the battle against IS as a long-term commitment that depends on stabilizing Syria after nearly eight years of civil war.

“Nobody is declaring mission accomplished,” said Brett McGurk, the Special Presidential Envoy to the coalition to defeat IS in Syria and Iraq, on Dec. 11.

A week before that, Gen. Joseph Dunford, chairman of the Joint Chiefs of Staff, said the U.S. still had a long way to go in training local Syrian forces to prevent a resurgence of IS and stabilize the country. He said it would take 35,000 to 40,000 local troops in northeastern Syria to maintain security over the long term, but only about 20 percent of that number had been trained.

Bolton, the national security adviser, said in September that the U.S. would keep a military presence in Syria as long as Iran was active there. “We’re not going to leave as long as Iranian troops are outside Iranian borders and that includes Iranian proxies and militias,” he said.

Iran is a key supporter of Assad, the Syrian president.

TRUMP: “Russia, Iran, Syria & many others are not happy about the U.S. leaving, despite what the Fake News says, because now they will have to fight ISIS and others, who they hate, without us.” – tweet Thursday.

THE FACTS: The U.S. military presence has been contentious for Syrian President Bashar Assad and its Russian and Iranian allies, and all are expected to try and fill the void created by a U.S. withdrawal.

Russian President Vladimir on Thursday welcomed the U.S. decision to withdraw its forces, saying “it has done the right thing.” A lawmaker in Damascus put it more bluntly, saying it would be “recognition that Syria has won” the war.

Israeli Prime Minister Benjamin Netanyahu weighed in, saying the Israeli military will intensify its activity in Syria to prevent Iranian entrenchment following the withdrawal of American forces from the country.