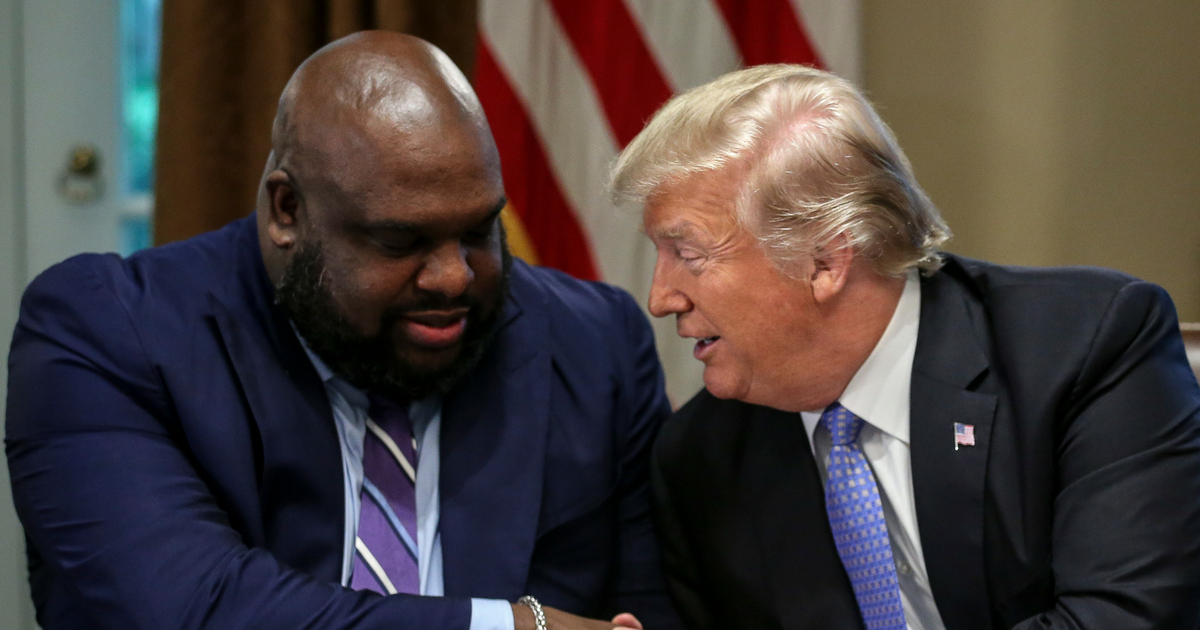 WASHINGTON — A rare bipartisan deal in Congress to overhaul federal sentencing laws passed after a few black ministers, leaders and lawmakers forged an alliance with President Donald Trump, who some have condemned as racist for the last two years.

The reforms could offer a path to freedom for hundreds of black and Latino inmates who were sent to prison by a justice system that critics say has long been stacked against minorities.

“It’s like threading a needle politically,” said Marc Morial, the National Urban League’s president and CEO. “It’s been very delicate to get us to the point where we are right now.”

Bishop Harry Jackson, pastor of Hope Christian Church in Beltsville, Maryland, still gets questions from fellow African-Americans asking him why he and other conservative black ministers went to the White House over the summer to talk about the issue with Trump.

“People are still mad at us about that,” Jackson said.

But the end result could be worth it to address what Jackson called “the defining civil rights issue of this era,” even as detractors complain that the legislation did not go far enough and could invite new problems for minority communities.

The bill, which is expected to go to Trump soon for his signature, gives judges more discretion when sentencing some drug offenders and expands prisoner rehabilitation efforts. It also reduces the life sentence for some drug offenders with three convictions, or “three strikes,” to 25 years.

Another provision would allow about 2,600 federal prisoners sentenced for crack cocaine offenses before August 2010 the opportunity to petition for a reduced penalty.

That will be a win for minorities who were caught up in a sentencing system that made crack cocaine a more serious offense than other types of cocaine, said New Jersey Sen. Cory Booker, a potential Democratic presidential candidate in 2020.

“When you correct an injustice in a biased system, it dramatically helps the marginalized people,” Booker said. “That provision alone, 96 percent of the people who are helped by that, are black or Latino.”

Among the advocates of the legislation was a diverse and unlikely group that included presidential adviser Jared Kushner, Kim Kardashian West, the National Urban League, black ministers and minority lawmakers and libertarian-leaning conservatives.

Some of the bill’s advocates say it was a tough decision to work with a White House that is deeply unpopular with black people. More than 8 in 10 African-Americans said they thought Trump was racist in a February poll by The Associated Press-NORC Center for Public Affairs Research.

But even the supporters say they know this legislation is only the beginning, as reflected by its name, the First Step Act.

Groups such as the NAACP cheered the passage of the bill but also harbored reservations.

The legislation “offers some important improvements to the current federal criminal justice system, but it falls short of providing the meaningful change that is required to make the system genuinely fair,” said Hilary O. Shelton, director of the NAACP’s Washington bureau.

The bill only affects the federal system, meaning anyone given harsh sentences at the state and local level will have no recourse. Those inmates make up the bulk of people behind bars across America.

Some groups say the bill will open the door to increased surveillance of minority communities through electronic monitoring of released inmates. Others point out limitations in the bill on which federal prisoners will benefit from its changes.

The Movement for Black Lives, a coalition of more than 150 black-led organizations, called the legislation “custom-made for rich white men.”

“All of the carve-outs make the vast majority of our people ineligible for the benefits of the bill,” the group said.

Even with the limits, the bill’s advocates are thrilled to have made progress on an issue where reform has remained elusive for more than a decade. Jackson said any president willing to talk about even minor changes should be worked with.