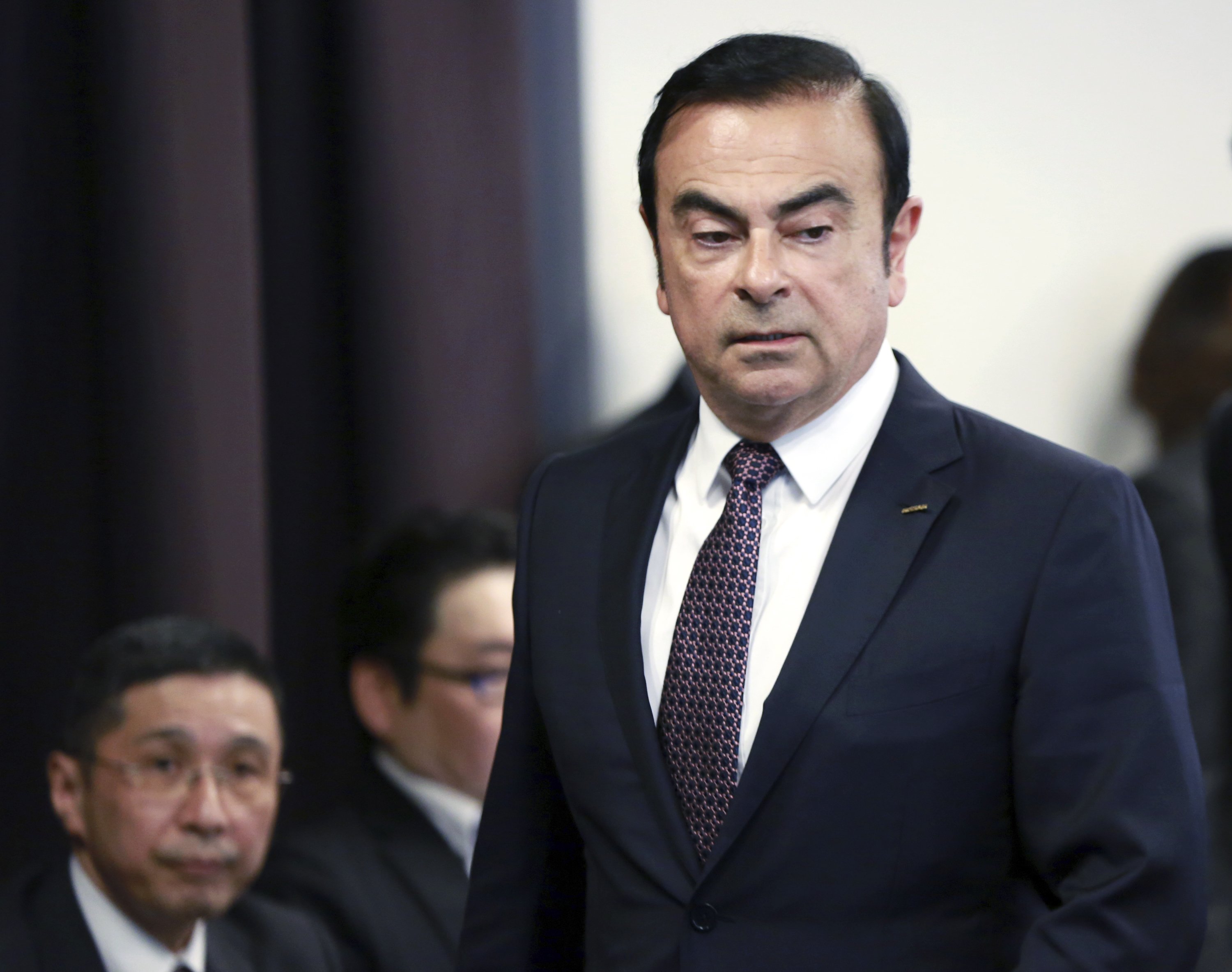 TOKYO — A Japanese court denied prosecutors’ request Thursday to extend the detention of former Nissan chairman Carlos Ghosn, who has been charged with underreporting his pay.

The Tokyo District Court said it rejected the request for another 10-day detention for Ghosn over an additional allegation dealing with financial reports in most recent years.

The denial is extremely rare in a country where requests from investigative authorities for extended detention are almost automatically approved. If a bail request by his lawyer is accepted by the court, Ghosn may be released as early as Thursday.

Prosecutors are expected to appeal the court decision and could take further legal steps to allow them to investigate Ghosn and co-accused Greg Kelly longer.

Ghosn was arrested Nov. 19, along with Kelly, another executive, over allegations that they underreported Ghosn’s pay by about 5 billion yen ($44 million) in 2011-2015. Both have since been charged with violation of Financial Instruments and Exchange Act for the five-year period.

The maximum penalty for violating the financial law is up to 10 years in prison, a 10 million yen ($89,000) fine, or both. The conviction rate in Japan is more than 99 percent.

The arrest of an industry icon has triggered international attention and criticism over his nearly monthlong custody at Tokyo Detention House. Prosecutors faced criticism for separating the same allegation into two periods as a tactic to keep Ghosn and Kelly in detention.

Prosecutors say Ghosn and Kelly are flight risks. No trial date has been set.

The scandal also raised concerns over the Japanese automaker and the future of its alliance with Renault SA of France.

Ghosn, a Brazillian-born Frenchman of Lebanese ancestry, was sent in by Renault in 1999 to turn around Nissan that was on the verge of bankruptcy. For two decades, Ghosn led the Japanese automaker’s rise.

Nissan has dismissed Ghosn as chairman and Kelly as a representative director. At a board meeting Monday, Nissan put off a decision on Ghosn’s replacement.

Ghosn’s downfall is seen by some as a maneuver by others at Nissan to gain power in the alliance.