The Latest: Trump defends decision to pull troops from Syria 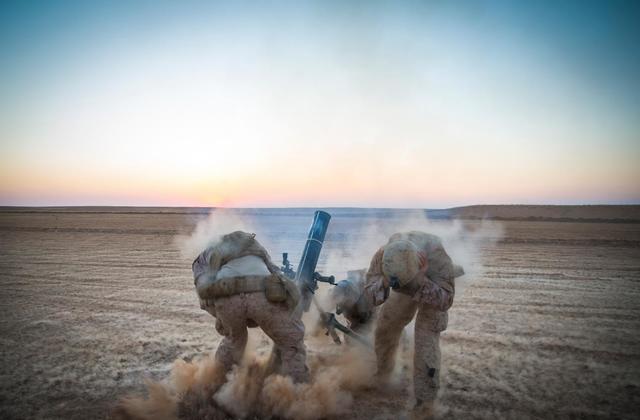 BEIRUT — The Latest on the Trump administration’s decision to withdraw U.S. troops from Syria (all times local):

President Donald Trump is defending his decision to pull U.S. troops out of Syria.

Trump tweets Thursday: “Does the USA want to be the Policeman of the Middle East, getting NOTHING but spending precious lives and trillions of dollars protecting others who, in almost all cases, do not appreciate what we are doing? Do we want to be there forever?”

Officials announced Thursday that Trump was pulling all 2,000 U.S. troops out of Syria, as Trump declared victory over the Islamic State. But the move contradicted his own experts’ assessments and sparked surprise and outrage from his party’s lawmakers.

Trump said Thursday that his decision in Syria should be “no surprise,” adding “I’ve been campaigning on it for years.”

Germany is expressing concern that the U.S. decision to withdraw troops from Syria could undermine efforts to combat the Islamic State group.

Foreign Minister Heiko Maas said in a statement Thursday that “the abrupt change of course by the American side comes as a surprise not only for us.” He said that while IS has been pushed back, “the threat is not yet over.”

Maas says “there is a danger that the consequences of this decision could damage the fight against IS and endanger the successes that have been achieved.” He pointed to “underground structures” and continued activity in eastern Syria.

U.S. officials said Wednesday that President Donald Trump is pulling all 2,000 U.S. troops out of Syria, as the president suddenly declared victory over IS.

Iranian President Hassan Rouhani says Iran and Turkey will continue their efforts to bring peace to Syria, a day after President Donald Trump announced the withdrawal of all U.S. forces from the war-torn country.

Rouhani spoke Thursday during a joint news conference with Turkish President Recep Tayyip Erdogan. Neither commented on the U.S. decision, which came after Trump declared victory over the Islamic State group.

Rouhani says Iran, Turkey and Russia will continue with the so-called Astana negotiations on Syria’s future, with the next summit to be held in Russia. Iran and Russia have provided crucial military aid to Syrian President Bashar Assad, while Turkey supports the opposition.

Prime Minister Benjamin Netanyahu says the Israeli military will “intensify” its activity in Syria to prevent Iranian entrenchment following the withdrawal of American forces from the country.

Netanyahu spoke Thursday at a joint summit with the leaders of Greece and Cyprus, a day after President Donald Trump announced his decision to withdraw American troops from Syria.

Netanyahu says Israel will “continue to act very aggressively against Iran’s attempts to entrench in Syria,” adding that it will do so with “complete support and backing from the United States.”

Israel has clandestinely carried out hundreds of airstrikes in Syria over the course of the seven-year civil war to prevent Iranian entrenchment near the border and to keep strategic weaponry from reaching Hezbollah in Lebanon.

President Vladimir Putin has welcomed the U.S. decision to withdraw its forces from Syria.

Speaking Thursday at his annual news conference, Putin said he agrees with U.S. President Donald Trump, who said Wednesday that the defeat of the Islamic State group removes the need for the U.S. military presence in the country.

Putin reaffirmed the long-held Russian argument that the U.S. presence in Syria is illegitimate because it hasn’t been vetted by the U.N. Security Council or approved by Syrian President Bashar Assad’s government. Putin added that “if the U.S. decided to withdraw its contingent, it has done the right thing.”

Russia is a key ally of Assad, and its military intervention beginning in 2015 turned the tide of the war in his favor.

The Russian leader says it remains to be seen if the U.S. carries out its intention, noting Washington’s repeated promises to end its 17-year presence in Afghanistan.

A U.S.-backed group in Syria has rejected President Donald Trump’s claim that the Islamic State has been defeated and says the withdrawal of U.S. troops would lead to a resurgence of the extremist group.

The group known as the Syrian Democratic Forces says in a statement that a premature U.S. troop pullout would have dangerous repercussions and a destabilizing effect on the region.

It says Thursday that “the war against Islamic State has not ended and the group has not been defeated.” It was the group’s first response to Trump’s surprise announcement Wednesday that he would be withdrawing all American forces from Syria.

The decision has rattled Washington’s Kurdish allies, who are its most reliable partner in Syria and among the most effective ground forces battling the IS group.

President Donald Trump’s decision to withdraw troops from Syria has rattled Washington’s Kurdish allies, who are its most reliable partner in Syria and among the most effective ground forces battling the Islamic State group.

Kurds in northern Syria said commanders and fighters met into the night, discussing their response to Wednesday’s surprise announcement.

Arin Sheikmos, a Kurdish journalist and commentator, says “we have every right to be afraid.”

The move is widely seen as an abandonment of a loyal ally, one that could prompt Turkey to launch a fresh offensive against the Kurds or drive the Kurds into a new alliance with Syrian President Bashar Assad, Iran and Russia.

A Syrian member of parliament, Peter Marjana, said Thursday that a U.S. pullout would be a “recognition that Syria has won.”