CNN’s former ‘Journalist of the Year’ caught faking the news 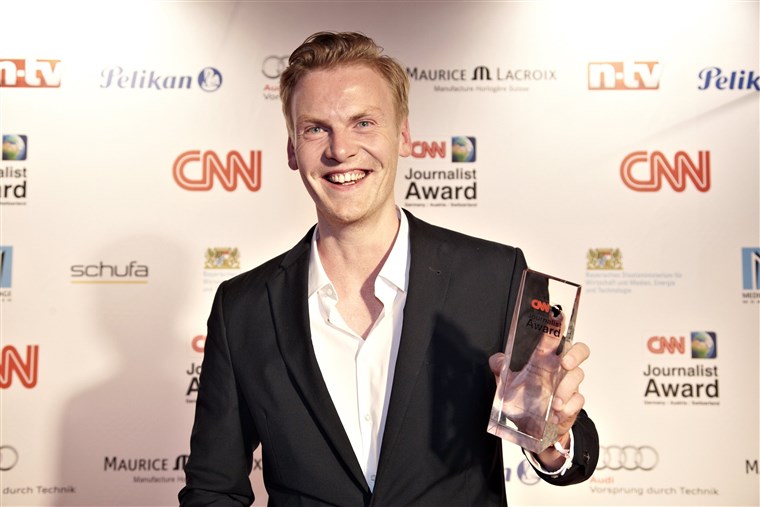 Claas Relotius, who won two Journalist Awards from CNN in 2014, including “Journalist of the Year,” has confessed that at least fourteen of the dozens of articles he submitted to a top European news magazine were fabricated. Relotius, a 33-year old journalist, was considered a star reporter for the German publication Der Spiegel and resigned from the news magazine on Monday.

Relotius won the awards from CNN for a feature published in Swiss magazine Reportagen. CNN stripped him of the awards on Thursday, and a company spokesperson was quick to point out, “He never worked for the company and never had anything published on CNN platforms.”

Trouble started for Relotius when one of his co-authors on an article, Juan Moreno, suspected that Relotius was inventing sources for his stories. The story, called “Jaeger’s Border,” was about American militias patrolling the southern border. Moreno gathered incriminating evidence that Relotius was fabricating sources and stories.

News of Relotius’ fall was celebrated in Fergus Falls, Minnesota. Relotius visited this small town in 2017 to be one of many big-city journalists who anthropologically tried to discover why small-town Americans from the industrial north supported Donald Trump’s presidential campaign in 2016. Michele Anderson of Medium fought back against Relotius’ descriptions of her town, noting that the town was a bit of an artists’ colony, and that only 62 percent of the town voted for Trump; this description contrasted with Relotius’ stories of a bigoted, uneducated town stuck in the past. Anderson showed many examples of where Relotius invented citizens, as well as one example where he described a town festival that never happened.

The fall of Relotius is even more egg in the faces of the mainstream media. Defenders of large, established, publications such as the 71-year old Der Spiegel attack smaller publications as being too error-prone. However, Der Spiegel was famous for its large fact-checking team. Despite what may be the largest fact-checking team to authenticate the veracity of its articles, Der Spiegel’s editors published multiple falsehoods for years. Incidents like this one will further reduce the reputation of the mainstream media.

For CNN, this incident is yet another connection between the cable network and fake news. Relotius was CNN’s Journalist of the Year in 2014 for his article “Murderers as Carers” (or “Murderers as Nurses”), originally published in Swiss magazine Reportagen. The winning article described an American prison which, lacking resources to deal with the mentally ill, enlisted fellow prisoners to assist prison medical staff in treating its patients. While this article was not one of those that was immediately flagged as fake, publications will now have to go back and check all of Relotius’ stories in case all of them have serious errors.