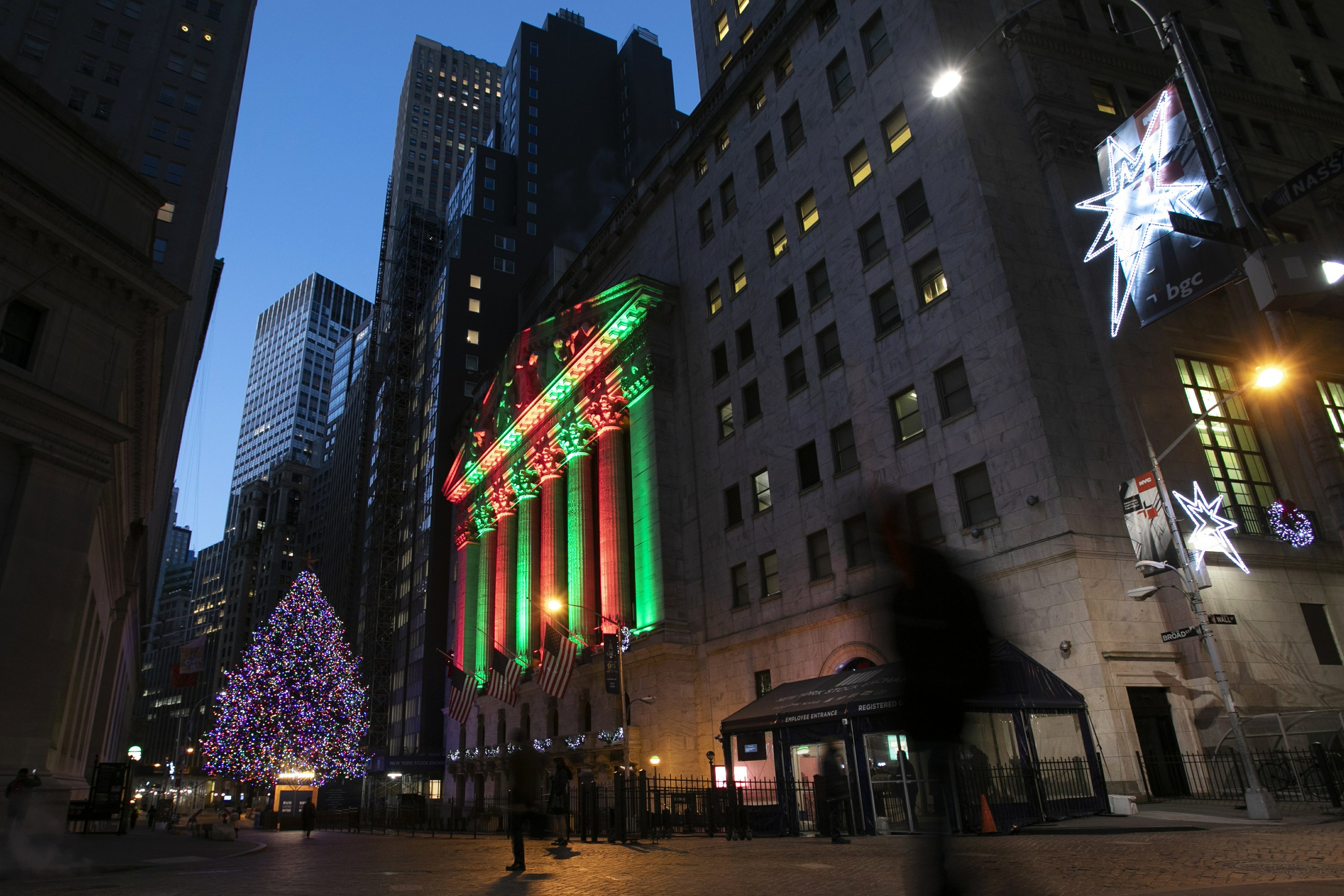 NEW YORK — Stock prices are tumbling again Thursday as a series of big December plunges has stocks on track for their worst month in a decade. The Dow Jones Industrial Average dropped 400 points, bringing its losses since Friday to more than 1,600 points.

The benchmark S&P 500 index has slumped 10 percent this month and is almost 16 percent below the peak it reached in late September. The technology-heavy Nasdaq composite is down almost 20 percent from its record high in August.

After steady gains through the spring and summer, stocks have nosedived in the fall as investors worry that global economic growth is cooling off and that the U.S. could slip into a recession in the next few years. The S&P 500 is on track for its first annual loss in a decade.

The market swoon is coming even as the U.S. economy is on track to expand this year at the fastest pace in 13 years. Markets tend to move, however, on what investors anticipate will happen well into the future, so it’s not uncommon for stocks to sink even when the economy is humming along.

Right now, markets are concerned about the potential for a slowing economy and two threats that could make the situation worse: the ongoing trade dispute between the U.S. and China, which has lasted most of this year and shows few signs of easing, and rising interest rates, which act as a brake on economic growth by making it more expensive for businesses and individuals to borrow money.

The selling in the last two days came after the Federal Reserve raised interest rates for the fourth time this year and signaled it was likely to continue raising rates next year, although at a slower rate than it previously forecast.

Scott Wren, senior global equity strategist at Wells Fargo Investment Institute, said that Fed Chairman Jerome Powell didn’t appear concerned about the state of the U.S. economy, despite deepening worries among investors that growth could slow even more in 2019 and 2020. Wren said investors want to know that the Fed is keeping a close eye on the situation.

“He may be a little overconfident,” said Wren. “The Fed needs to be paying attention to what’s going on.”

Powell also acknowledged that the Fed’s decisions are getting trickier because they need to be based on the most up-to-date figures on jobs, inflation, and economic growth. For the last three years the Fed told investors weeks in advance that it was almost certain to increase rates. But things are less certain now, and the market hates uncertainty.

Investors have responded to a weakening outlook for the U.S. economy by selling stocks and buying ultra-safe U.S. government bonds. The bond-buying has the effect of sending long-term bond yields lower, which reduces interest rates on mortgages and other kinds of long-term loans. That’s generally good for the economy.

At the same time, the reduced bond yields can send a negative signal on the economy. The bond market has correctly predicted several previous U.S. recessions by buying long-term bonds and sending yields down.

Smaller company stocks have been crushed during the recent market slump because slower growth in the U.S. will have an outsize effect on their profits. Relative to their size, they also tend to carry more debt than larger companies, which could be a problem in a slower economy with higher interest rates.

The Russell 2000 is down almost 24 percent from the peak it reached in late August and it’s down 13.5 percent for the year to date. The S&P 500, which tracks larger companies, is down 7.5 percent.

The possibility of a partial shutdown of the federal government also loomed over the market on Thursday, as funding for the government runs out at midnight Friday. In general, shutdowns don’t affect the U.S. economy or the market much unless they stretch out for several weeks, which would delay paychecks for federal employees.

The gap between those two yields has shrunk this year. When the 10-year yield falls below the two-year yield, investors call it an “inverted yield curve.” That hasn’t happened yet, but investors fear it will. Inversions are often taken as a sign a recession is coming, although it’s not a perfect signal and when recessions do follow inversions in the yield curve, it can take a year or more.