In a record year, the movie theater strikes back 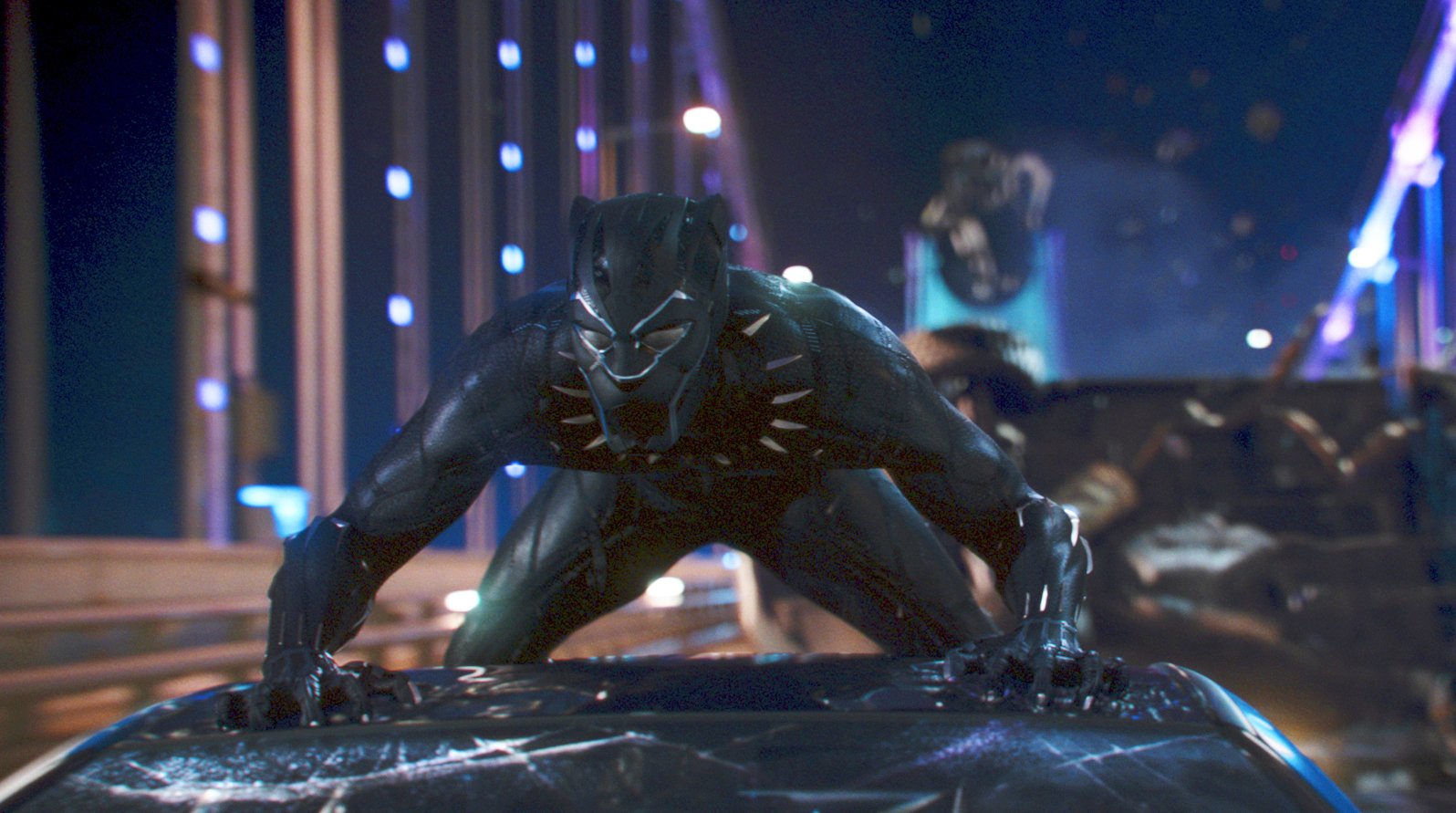 NEW YORK — The movie theater was dead, they said. After ticket sales slumped in 2017 , due largely to the worst summer season in more than a decade, pundits far and wide predicted the hastening demise of moviegoing, an inevitable casualty to the rise of streaming.

This year, the movies flipped the script.

This weekend, as “Aquaman,” ″Bumblebee” and “Mary Poppins Returns” arrive in theaters, ticket sales will reach a new record for the year, passing the previous 2016 high of $11.4 billion. Driven in part by zeitgeist-grabbing cultural events like “Black Panther,” ″Crazy Rich Asians” and even documentaries like “Won’t You Be My Neighbor?” the box office is expected to end up around $11.8 billion for the year. The overall domestic gross is up nearly 9 percent from last year; ticket sales are up about 6 percent.

And it’s not just in North America. Propelled by Chinese moviegoers, global ticket sales should, for the second time ever, exceed $40 billion. Saudi Arabia declared itself open for business to Hollywood, after more than 35 years without theaters. In the United Kingdom, cinemas are headed to their best year since 1971.

“This year serves to confirm that the movie theater business is strong and growing in the long term, even though it can be cyclical in the short term,” said John Fithian, president of the National Organization of Theater Owners, the trade organization known as NATO. “Last summer of 2017, when there just weren’t very many movies coming out that had any traction, we confronted the inevitable story about the impending death of the movie theater business. And we said back then: It’s all about short-term product supply.”

“We knew that once the movies came back, we would be fine,” said Fithian.

Even in a year where “Star Wars” flopped, the hits have indeed returned, even if they’ve come from some predictable places. All of the year’s top 10 movies were either sequels, reboots or based on a comic book. Even this year’s Oscar front runner, “A Star Is Born” ($376.6 million worldwide and counting for Warner Bros.), is a remake. The top three films of the year — “Black Panther,” ″Avengers: Infinity War,” ″Incredibles 2″ — all come from market-leader Disney, which is also in the process of gobbling up 20th Century Fox.

But there were some less likely hits, too. Mid-budgeted films like “Bohemian Rhapsody,” ″Halloween,” ″Creed II” and the year’s best-selling original movie, “A Quiet Place,” had a significant role in driving the record box office. For the first time ever, four documentaries — “RBG,” ″Free Solo,” ″Three Identical Strangers,” ″Won’t You Be My Neighbor” — each cleared $10 million. Surprise successes — a franchise-birthing “Spider-Man” spinoff (“Venom”), a well-reviewed “Transformers” movie (“Bumblebee”) — outnumbered the disappointments (“Skyscraper,” ″Robin Hood”).

Above all, the movies were often in the center of the cultural conversation, never more so than with the history-making “Black Panther,” which became the third-highest grossing domestic release ever ($700.1 million) not accounting for inflation.

Hollywood executives say the year has demonstrated that 2017 was an aberration.

“When the experts out there were talking about the end of theatrical moviegoing, I just didn’t buy that to begin with,” said Jim Orr, distribution chief for Universal Pictures, which had hits in “Jurassic World: Fallen Kingdom,” ″The Grinch” and “Halloween.” ″It was just some scheduling moves that happened along with some movies that just underperformed. People want to go out. They want the social experience. They want to be in theaters. And we proved that exponentially this year.”

The box-office rebound came in a year during which Netflix launched its most ambitious original movie slate, premiering some 70 new films. Though Netflix this fall relented to a degree by playing three of its films (“Roma,” ″The Ballad of Buster Scruggs” and “Bird Box”) exclusively in theaters before premiering on its streaming service, Netflix and exhibitors remain at odds over the benefits of the traditional theatrical window.

Yet there is a growing sense that Netflix may not be public enemy No. 1 for movie theaters, after all. In 2018, Netflix has gained millions of subscribers, just as movie theaters have surged. Co-existence is possible. Last month, a NATO survey found that 33 percent of moviegoers who see nine or more movies a year also spend 15 hours per week on streaming platforms.

Streaming will only be more omnipresent in 2019, when Disney and Warner Bros. are set to debut their own Netflix-like services. But both studios remain resolutely devoted to exhibition and in releasing some of their biggest releases in traditional slow periods on the calendar. The year’s biggest movie, “Black Panther,” opened in February. Three of Warner Bros.′ top performers — “The Meg,” ″Crazy Rich Asians” and “The Nun” — benefited from the typically quiet dog-days of summer.

“There were some really good movies that were spread out through the year,” said Jeff Goldstein, Warner Bros. distribution chief. “That’s the real takeaway: Make good movies, people will come.”

But disruption is still at the door. Subscription services remade the moviegoing experience, led by the swift rise and fall of MoviePass, which took credit for the box-office revival before its inexpensive pricing structure proved unsustainable. MoviePass ran out of cash, repeatedly revamped its business model and descended into chaos, lawsuits and even a fraud investigation.

The box office still chugged along (Fithian calls MoviePass’ impact “overblown”) and other subscription services (notably one by AMC , the world’s largest chain) entered the fray.

Other threats to the movie theater loom. When Disney’s acquisition of Fox is made official, there will be one less major studio in Hollywood. Further consolidation is expected, something Fithian grants “poses a challenge” for exhibitors that depend on a steady supply of movies. But he pointed to others that have picked up the slack: STX, Annapurna, A24, Bleecker St., Amazon and Apple, which last month partnered with A24 for a slate of films.

Whether 2019 will continue the box-office trend or see a repeat of last year will come down, as it always does, to the movies. Analysts are bullish, predicting another record-setting year thanks to a Disney-heavy lineup including sure-fire blockbusters “Avengers: Endgame,” ″Captain Marvel,” ″Frozen 2″ and “Star Wars: Episode IX.”

“On paper, that year is going to make this year look like small potatoes,” says Paul Dergarabedian, senior media analyst for Comscore.

Of course, similar predictions were made for 2017, too. That’s the problem with movie scripts. They can always be rewritten.