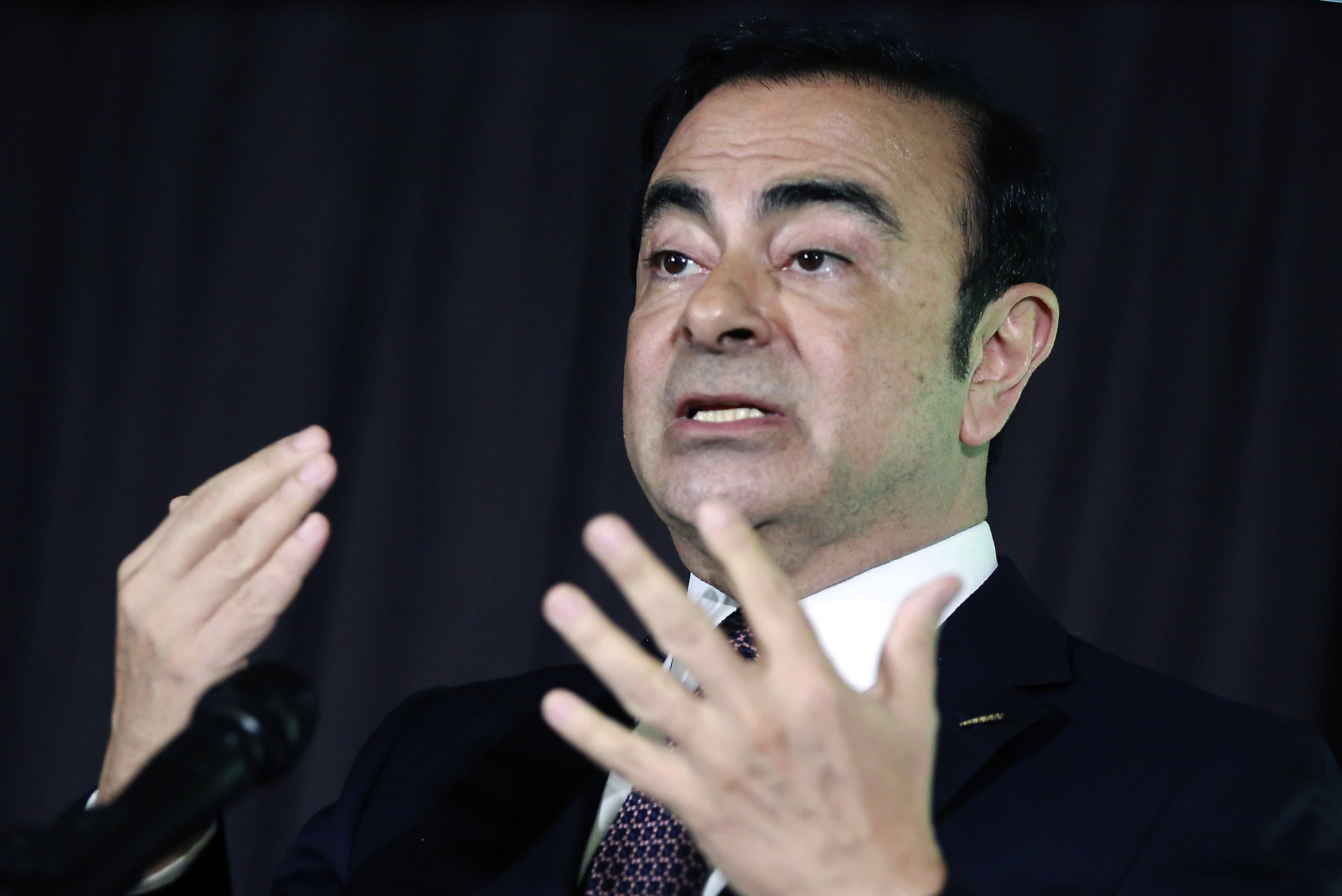 Ghosn, along with another former Nissan executive, Greg Kelly, was arrested Nov. 19 and charged with underreporting his income by about 5 billion yen ($44 million) in 2011-2015. They are also facing the prospect of additional charges that claim the two underreported Ghosn’s income for other years by nearly 10 billion ($80 million) in total.

The fresh allegations related to breach of trust were filed a day after a court rejected prosecutors’ request for a longer detention of Ghosn and Kelly. Their lawyers were hoping they could get them released on bail as early as Friday.

So far, the new allegation only applies to Ghosn and Kelly could still be bailed out. Kelly’s lawyer submitted a bail request for Kelly that is pending court approval, according to the Tokyo District Court.

Prosecutors, in a statement released Friday, said that Ghosn allegedly caused Nissan a loss of more than 1.8 billion yen ($16 million) in 2008 because of a private investment during the Lehman crisis by manipulating a contract. Ghosn also had Nissan deposit a total of $14.7 million into a bank account for himself and another person who assisted with the contract manipulation in breach of the company’s trust, prosecutors said.

Ghosn and Kelly are only charged with underreporting Ghosn’s pay over five years, in violation of the Financial Instruments and Exchange Act. They have not been formally charged with an additional allegation of underreporting another 4 billion yen ($36 million) for 2016-2018, for which their first 10-day detention was to expire Thursday.

The maximum penalty for violating the financial act is up to 10 years in prison, a 10 million yen ($89,000) fine, or both. Breach of trust also carries a similar maximum penalty. The conviction rate in Japan is more than 99 percent for any crime.

The arrest of an industry icon has triggered international attention. Prosecutors have been criticized for separating the same allegation into two charges as a tactic to detain Ghosn and Kelly longer. They say Ghosn and Kelly are flight risks. No trial date has been set.

The scandal has also raised concerns over the financial health of the Japanese automaker and the future of its alliance with Renault SA of France.

Ghosn’s downfall is seen by some as a maneuver by others at Nissan to gain power in the alliance.

Kelly’s wife, Donna Kelly, said in a video message carried by TV Asahi and other networks that her husband was “wrongly accused as part of a power grab” at Nissan. “Greg and Mr. Ghosn fully believe that they did not break the law,” she said.

Renault in 1999 sent Ghosn to turn around Nissan, then on the verge of bankruptcy, and he led its rise to become the world’s second-largest automaker.

Nissan has dismissed Ghosn as chairman and Kelly as a representative director since the allegations were made. Nissan has put off a decision on Ghosn’s replacement.