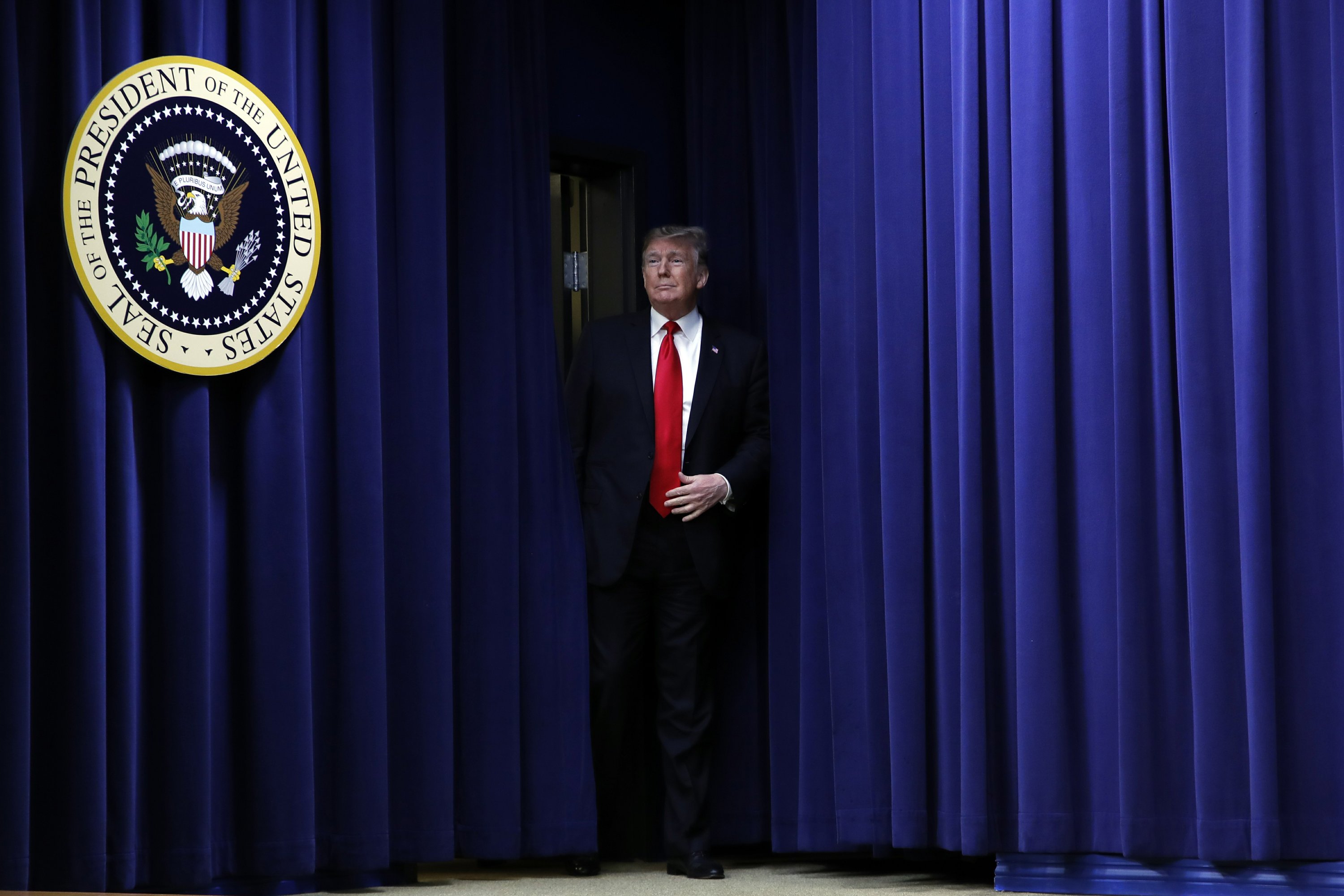 WASHINGTON — A majority of Americans say they believe President Donald Trump has tried to obstruct the investigation into his campaign’s ties to Russia, though the public is divided on whether he should be removed from office if he’s found to have stymied the probe, according to a new poll by The Associated Press-NORC Center for Public Affairs Research.

Meanwhile, the survey shows Americans are somewhat less likely to say Congress should remove Trump from office if he directed his former personal attorney, Michael Cohen, to arrange hush money payments to cover up claims of extramarital relationships during the 2016 campaign.

Still, opinions on both matters see a stark partisan divide.

The poll was conducted just after federal prosecutors in New York implicated Trump in illegal payments to a former Playboy model and an adult-film actress and after special counsel Robert Mueller revealed that discussions over a possible Trump Tower in Moscow extended longer than had been previously known. It was done amid signs of intensifying legal danger for Trump, whose actions face scrutiny in New York and in Mueller’s investigation into possible coordination between Russia and the Trump campaign.

Overall, 42 percent of Americans approve of the job Trump is doing as president, while 56 percent disapprove. Those numbers have held steady for most of the year. About 8 in 10 Republicans approve of Trump’s job performance, while just 1 in 10 Democrats say the same.

The swirling investigations are helping define public opinion, creating clear divisions about whether and for what Trump should be impeached and to what extent he might be culpable of wrongdoing.

A majority of Americans — 58 percent —think the president has tried to impede the Russia investigation, while 4 in 10 say he has not. An overwhelming share of Democrats, 90 percent, say the president has sought to obstruct the probe, compared with 22 percent of Republicans.

The survey also shows that if Mueller’s investigation finds that Trump did not personally have inappropriate contacts with the Kremlin but nonetheless tried to obstruct the FBI’s work, 51 percent of Americans think Congress should take steps to remove him from office, while 46 percent think it should not.

The special counsel’s obstruction investigation has shadowed the president for a year and a half, unfolding alongside his inquiry into whether the Trump campaign coordinated with Russia to sway the election and the separate campaign finance probe in New York. The last month has produced bombshell developments in the investigation, including Cohen’s sentencing, allegations that Trump’s former campaign chairman lied to prosecutors and a judge’s unexpected upbraiding of ex-national security adviser Michael Flynn.

Jonathan Levine, a 64-year-old financial services professional in Connecticut, said he was especially concerned by reports that negotiations over a Trump Tower in Moscow continued deep into the 2016 campaign.

He said he could support impeachment if there were appropriate hearings and solid evidence. But there are major partisan divides about what constitutes an impeachable offense.

About 4 in 10 think he broke the law when it comes to directing Cohen’s payments, and about as many say the same of his ties to Russia. About 2 in 10 think Trump has done nothing wrong, with the remainder saying his actions were unethical, but not illegal.

Matthew Behrs, a maintenance coordinator from Plymouth, Wisconsin, is among those unconvinced by the allegations. He said he was skeptical of the impact Russia actually had on the election and wondered why Mueller hadn’t provided direct evidence of collusion if the problem was so prevalent.

“If there was this collusion, why wasn’t this (over in) three months,” he said. “Here are the emails, here’s the contact, here’s the collusion. Here it is.”

Nearly 7 in 10 Democrats find illegality for Trump in Cohen’s payments, while just 7 percent of Republicans say the same. Among Republicans, 49 percent think Trump did something unethical, but not illegal, while 44 percent think he did nothing wrong.

The poll finds rising confidence among Democrats of the fairness and impartiality of Mueller’s investigation. Overall, about a third of Americans say they’re extremely or very confident that the inquiry is fair and impartial; another quarter say they are moderately confident. Roughly 4 in 10 say they’re not confident.

Democrats are more likely to express confidence today compared with a year ago, 51 percent to 38 percent. Just 14 percent of Republicans say they are confident, which is unchanged from last year.