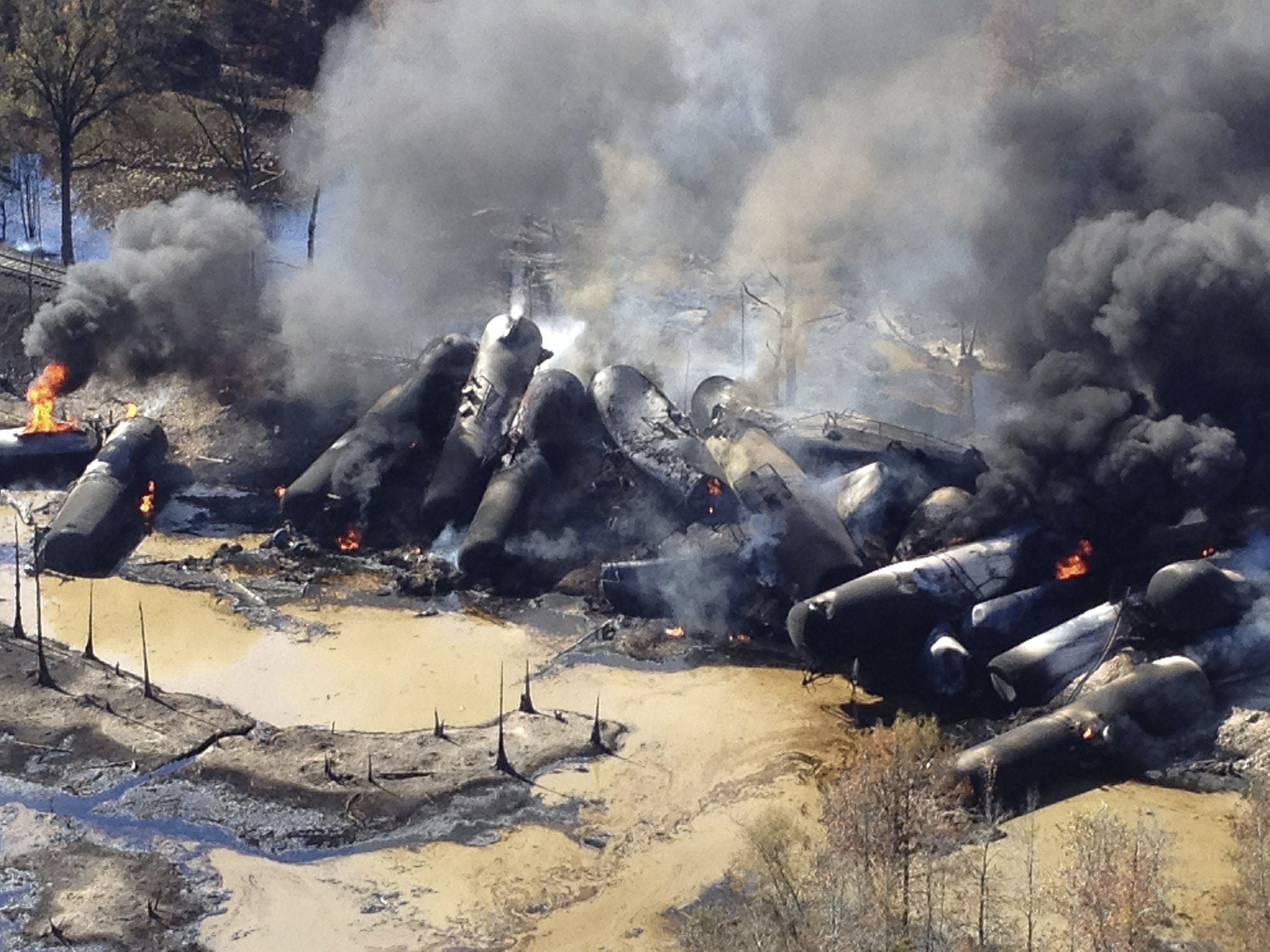 A government analysis used to justify the cancellation omitted up to $117 million in estimated future damages from train derailments that could be avoided by using electronic brakes. Revelation of the error stoked renewed criticism Thursday from the rule’s supporters, who called the analysis biased.

Department of Transportation officials acknowledged the mistake after it was discovered by the AP during a review of federal documents. They said a correction to the agency’s findings will be published to the federal register, but the decision not to require the brakes would stand.

“With the correction, in all scenarios costs still outweigh benefits,” transportation spokesman Bobby Fraser said. “The outcome … would not have changed.”

Safety advocates, transportation union leaders and Democratic lawmakers oppose the administration’s decision to kill the brake rule, which was included in a package of rail safety measures enacted in 2015 under President Barack Obama following dozens of accidents by trains hauling oil and ethanol in the U.S. and Canada.

The deadliest happened in Canada in 2013, when an unattended train carrying crude oil rolled down an incline, came off the tracks in the town of Lac-Megantic and exploded into a massive ball of fire, killing 47 people and obliterating much of the Quebec community’s downtown.

There have been other fiery crashes and fuel spills in Alabama, Oregon, Montana, Virginia, West Virginia, North Dakota, Illinois and elsewhere.

After the brake rule was enacted, lobbyists for the railroad and oil industries pushed to cancel it, citing the high cost of installing so-called electronic pneumatic brakes and questioning their effectiveness.

But supporters of the brakes said the issue should be reconsidered given the miscalculation and concerns about other benefits that may have been ignored, including reducing the frequency of runaway trains and severity of train-on-train collisions, said Robert Duff, a senior adviser to Washington Gov. Jay Inslee, a Democrat.

“This is not theoretical risk. We’ve actually seen these derailments,” Duff said. “We think there are potentially other benefits that have been left out. Shouldn’t all this be redone, with all the benefits reconsidered? Show us that the costs still outweigh the benefits.”

Unlike other systems where brakes are applied sequentially along the length of a train, electronic pneumatic brakes, or ECP, work on all cars simultaneously. That can reduce the distance and time a train needs to stop and cause fewer cars to derail.

“These ECP brakes are very important for oil trains,” said Steven Ditmeyer, a rail safety expert and former senior official at the Federal Railroad Administration. “It makes a great deal of sense: All the brakes get applied immediately, and there would be fewer cars in the pileup.”

Under Obama, the Transportation Department determined the brakes would cost up to $664 million over 20 years and save between $470 million and $1.1 billion from accidents that would be avoided.

The Trump administration reduced the range of benefits to between $131 million and $374 million.

Transportation Department economists said in their analysis that the change was prompted in part by a reduction in oil train traffic in recent years. Even as ethanol shipments on U.S. railroads have continued to grow, reaching about 500,000 carloads annually, crude shipments peaked in 2014 and fell to about 200,000 carloads last year.

But in making their cost-benefit calculations, government economists left out the most common type of derailments in which spilled and burning fuel causes property damage but no mass casualties, the AP found. Equipping fuel trains with electronic brakes would reduce damages from those derailments by an estimated $48 million to $117 million, according to Department of Transportation estimates that were left out of the administration’s final tally.

Including the omitted benefits reduces the net cost of the requirement to as low as $63 million under one scenario laid out by the agency.

Transportation spokesman Fraser said the omission was unintentional and would not have changed September’s decision to cancel the electronic brake requirement. Under the administration’s analysis, the cost of the brakes would have outweighed the benefits even when considering estimated damages from derailments that were left out of the original findings.

The Association of American Railroads declined comment on the agency’s cost benefit calculations. Spokeswoman Jessica Kahanek said the move to rescind the Obama rule was in line with the requirements set forth by Congress, which passed a 2015 measure saying the Department of Transportation must repeal the braking requirement if expected costs exceed benefits.

The biggest share of oil now moved by rail goes from the Bakken oil patch of North Dakota and Montana to the West Coast, where fears of an accident were realized two years ago when 16 tank cars carrying Bakken oil derailed, igniting a fire that burned for 14 hours along the banks of the Columbia River near Mosier, Oregon.

The accident was caused by track problems. An investigation by the Federal Railroad Administration concluded electronic brakes would have made it less severe.

“To conclude that trying to make oil trains safer isn’t worth it, you really have to turn a blind eye to the enormous risks that are involved in these shipments — and that’s what the Trump administration seems to be to be doing,” said Dan Serres with Columbia Riverkeeper, an Oregon conservation group.

He added that the omission of benefits from the government’s findings further tilted a study that was otherwise flawed.

“It flies in the face of earlier, much more comprehensive studies,” Risch said. “We are using a 120-year-old technology with mechanical brakes. They’ve come to the peak of what you can do with them.”