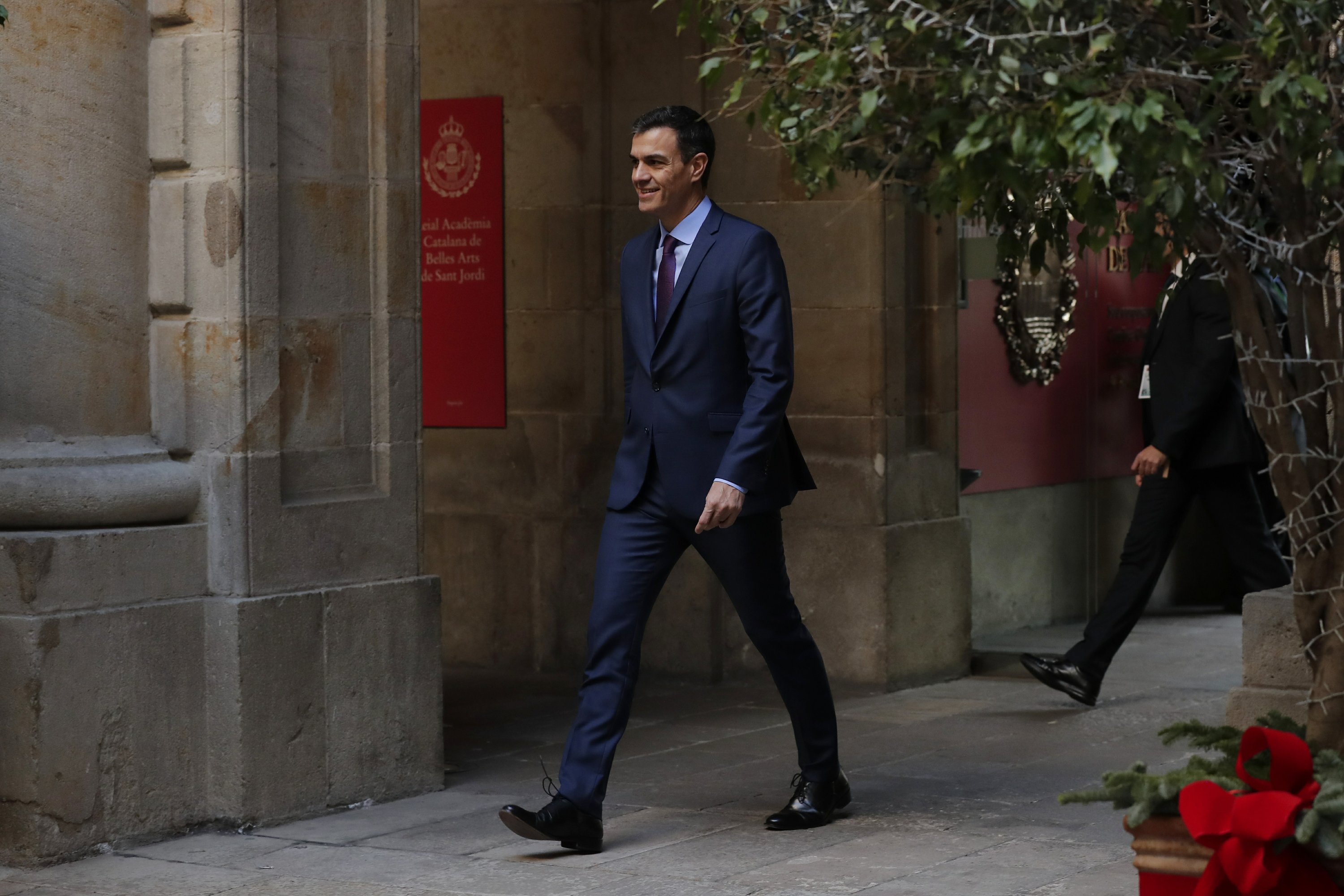 BARCELONA, Spain — The Latest on Spanish Cabinet meeting being held in Barcelona (all times local):

Prime Minister Pedro Sanchez and Spanish Cabinet members have arrived in a central Barcelona palace for a weekly Cabinet meeting that has been moved to the Catalan capital despite separatists’ protests against it.

Sanchez’s Socialist administration planned the meeting to convey an image of normalcy, but tension remains high in Catalonia despite progress in talks on Thursday with the pro-secession president of the northeastern region.

Some scuffles have broken out on Friday in central Barcelona between pro-independence protesters trying to reach the venue of the Cabinet meeting and police trying to stop them.

The regional Mossos d’Esquadra police force says that one protester has been arrested for public disorder near the headquarters of Spain’s National Police in a downtown avenue.

The meeting normally takes place in Madrid, but Sanchez has vowed to take it to other Spanish cities as a gesture of commitment to decentralization.

Catalan authorities say protesters angry about Spain’s Cabinet holding a meeting in Barcelona have blocked a major highway and dozens of roads, disrupting traffic to and from the city.

Security in the prosperous northeastern region, normally in the hands of the Catalan police, has been reinforced with hundreds of anti-riot officers from Spain’s national police force.

Sanchez has agreed with the pro-secession leader of the region, Quim Torra, to work on finding a solution to the political crisis that has festered since Catalonia’s failed secession attempt last year. Their meeting on Thursday was only the second since both took power earlier this year.