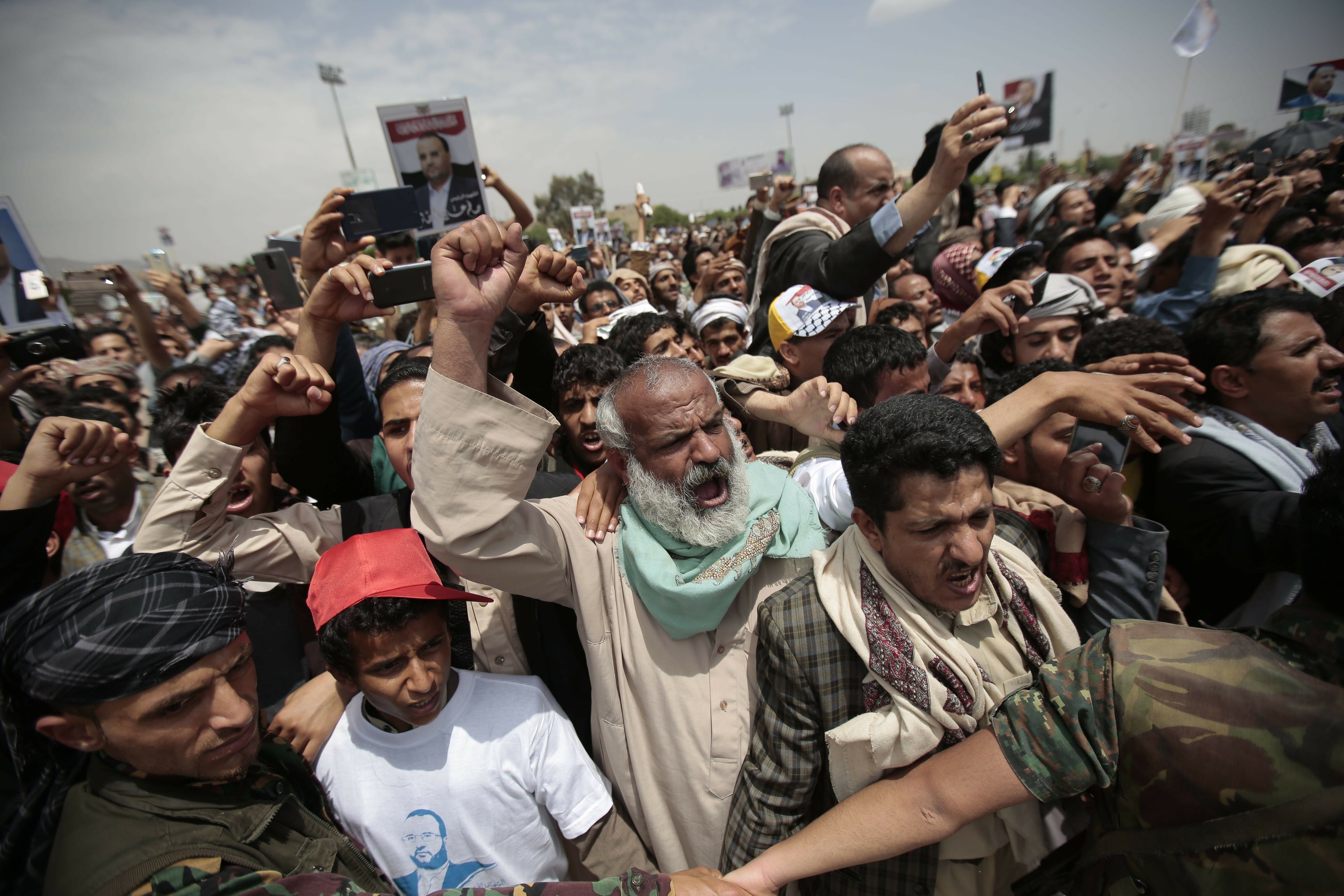 UNITED NATIONS — The U.N. Security Council called a vote for Friday on a resolution that would authorize the use of U.N. monitors to observe the implementation of a cease-fire in Yemen’s important port of Hodeida and the withdrawal of rival forces from that area.

Passage could offer a potential breakthrough in the four-year civil war that has brought the Arab world’s poorest country to the brink of starvation.

The U.N. envoy for Yemen, Martin Griffiths, has urged rapid deployment of U.N. monitors as “an essential part of the confidence” needed to help implement the Dec. 13 cease-fire agreement between Yemen’s government and Houthi Shiite rebels. The pact also calls for the “phased but rapid mutual withdrawals” of fighters from Hodeida as well as its main docks and two others in the province.

The fragile cease-fire has halted months of heavy fighting in Hodeida, which handles 70 percent of the food and humanitarian aid imported into Yemen. But the Saudi-led coalition backing the government bombed an air base in the rebel-held capital of Sanaa on Wednesday, and Yemeni officials have reported sporadic artillery and automatic weapons fire.

There had been intense negotiations over the past week on a British-drafted resolution that would authorize the U.N. monitors, including over whether to condemn Iran for supplying weapons to the Houthis — a statement that the U.S. wanted and Russia strongly opposed.

Then the United States surprised the council by circulating a stripped-down rival resolution Thursday. It is exceedingly rare for allies to present rival resolutions to the Security Council.

The British responded by putting their draft in a final form that can be voted on, and diplomats said it would be put to a vote on Friday morning.

If the British resolution doesn’t get a minimum nine “yes” votes or is vetoed by another of the council’s permanent members — the U.S., Russia, China and France — the United States could then seek a vote on its rival draft.

The British draft would authorize U.N. Secretary-General Antonio Guterres “to establish and deploy, for an initial period of 30 days … an advance team to begin monitoring and to support and facilitate the immediate implementation of the Stockholm agreement.”

It also endorses the truce agreement and requests Guterres to submit proposals “as soon as possible before Dec. 31” on how the United Nations will fully support the cease-fire, the redeployment of the rival forces from the Hodeida area and other provisions in the accord.

In response to Russia’s threatened veto of the resolution if it referred to Iran, the text now condemns “the supply, from whatever source, of weapons and associated material in contravention of the arms embargo” against the Houthis in 2015

The conflict in Yemen began with the 2014 takeover of Sanaa by Iranian-backed Houthi rebels, who toppled the government of Abed Rabbo Mansour Hadi. A Saudi-led coalition allied with Yemen’s internationally recognized government has been fighting the Houthis since 2015.

Saudi-led airstrikes have hit schools, hospitals and wedding parties and killed thousands of Yemeni civilians. The Houthis have fired long-range missiles into Saudi Arabia and targeted vessels in the Red Sea.

The conflict has killed over 10,000 people, created the world’s worst humanitarian crisis and brought the country to the brink of famine.

The British draft calls on the Houthis and the government to remove bureaucratic obstacles to the flow into Yemen of commercial and humanitarian supplies, to ensure the effective operation of ports and the reopening of Sanaa airport, and to protect medical facilities.

It also calls on the government, with international support, to strengthen Yemen’s collapsed economy, including by strengthening the functioning of the central bank and paying pensioners and civil servants’ salaries.

The U.S. draft resolution strips out all humanitarian and political references. It simply endorses the cease-fire agreement and authorizes the secretary-general “for 30 days” to establish and deploy an advance team to begin monitoring it.