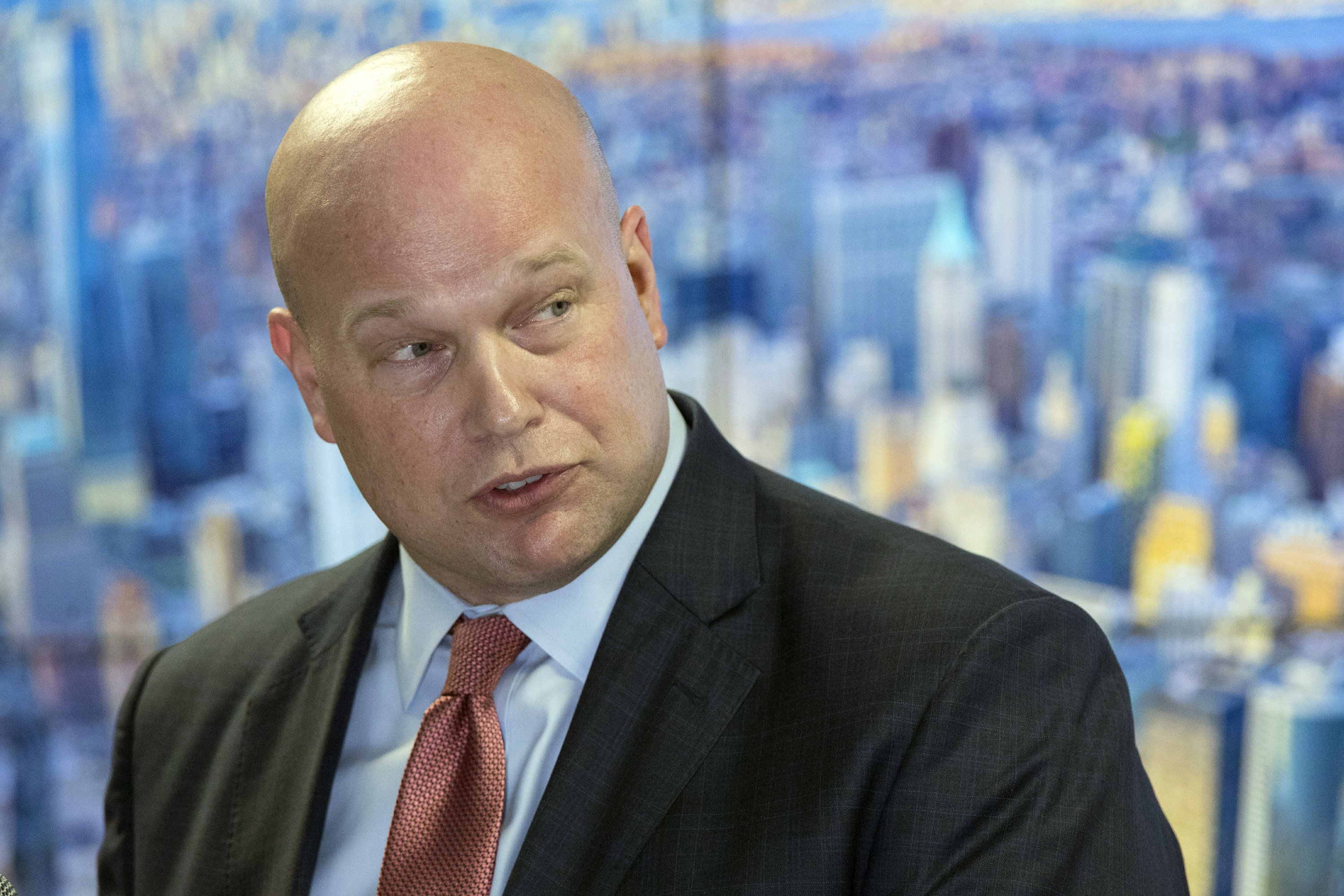 WASHINGTON — Acting Attorney General Matthew Whitaker chose not to recuse himself from the Russia investigation even though a top Justice Department ethics official advised him to step aside out of an “abundance of caution,” a senior official said Thursday.

Whitaker’s past criticism of the Russia investigation has raised questions about whether he can oversee it fairly. The ethics official said this week that a recusal was “a close call,” but suggested that Whitaker remove himself, even though he was not required to do so.

Whitaker decided not to take the advice.

Earlier Thursday, a person familiar with the matter who was not authorized to discuss it publicly told The Associated Press that Whitaker did not have to recuse himself from overseeing the probe, but that wasn’t the full picture.

Later, a senior Justice Department official provided a much more detailed account of the ethics consultation. It showed that although Whitaker was not required to step aside from the investigation, the issue wasn’t so clear-cut. That official would discuss the matter with reporters only on condition of anonymity.

Members of Congress have expressed concerns about Whitaker’s past criticism of special counsel Robert Mueller’s investigation. The probe is looking at Russian interference in the 2016 election and ties to President Donald Trump’s campaign. The investigation had been overseen by Deputy Attorney General Rod Rosenstein until Trump ousted Jeff Sessions as attorney general last month and appointed Whitaker. The senior official said Rosenstein continues to have day-to-day oversight of the probe.

The official said that after Whitaker was appointed, he formed a group of four Justice Department officials — led by a veteran U.S. attorney — to advise him on the transition and ethics process. That small group of officials met repeatedly with the Justice Department’s career ethics officials.

Whitaker met with the ethics officials three times in the last six weeks, the senior official said. During one of those meetings the officials asked Whitaker about the comments he made as a legal commentator for CNN about his views of the Mueller investigation. The remarks were made before he joined the Justice Department.

Whitaker had once opined about a scenario in which Trump could fire Sessions and then appoint an acting attorney general who could stifle the funding of Mueller’s probe. His other past public statements have included an op-ed article in which he said Mueller would be straying outside his mandate if he investigated Trump’s family finances. In a talk radio interview, Whitaker maintained there was no evidence of collusion between Russia and the Trump campaign during the 2016 election.

Whitaker was not required to solicit a recommendation from ethics officials and it was at Whitaker’s discretion whether he should recuse, the senior official said. Ethics officials had also told Whitaker’s advisers that they had no precedent of another attorney general recusing themselves because of a perceived conflict.

Since taking office, Whitaker has not been briefed on specific developments of the special counsel’s investigation and Rosenstein will continue to maintain day-to-day oversight for the foreseeable future, the official added.

However, the official said Whitaker can be briefed as the investigation moves forward, though there isn’t a set timetable yet on when that might begin.

Rep. Jerrold Nadler, D-N.Y., who will take over as chairman of the House Judiciary Committee in January, said it was “unacceptable” that Whitaker didn’t inform members of Congress about his decision not to recuse himself and vowed to question Whitaker before the committee.

“More concerning, at the moment, is the fact that career DOJ ethics officials appear to have had serious concerns about Mr. Whitaker’s ability and fitness to oversee the Special Counsel’s investigation,” Nadler said in a statement.

The Justice Department is planning to send a letter to Senate Minority Leader Chuck Schumer about Whitaker’s recusal decision and the ethics process later Thursday.

The question of whether an attorney general can or should recuse from a particular criminal investigation has long been politically fraught, and decisions in both directions have had far-reaching ramifications.

In 2016, for instance, then-Attorney General Loretta Lynch opted not to recuse herself from the Clinton email investigation despite an impromptu chat with former President Bill Clinton at an airport tarmac in Phoenix. Lynch opted instead to accept the FBI’s recommendation on whether or not to bring charges. Former FBI Director James Comey has acknowledged being frustrated by that decision, and went ahead days later with a controversial news conference at which he announced the FBI’s recommendation against charges.

Sessions recused himself from the Russia investigation just days into his job as attorney general. He said it was because of his work as a campaign surrogate for Trump, but the announcement followed explosive revelations of multiple encounters with the Russian ambassador over the last year. Trump never forgave him and ultimately forced him from the job a year and a half later.