A blow to morale: Afghan generals worry about US withdrawal 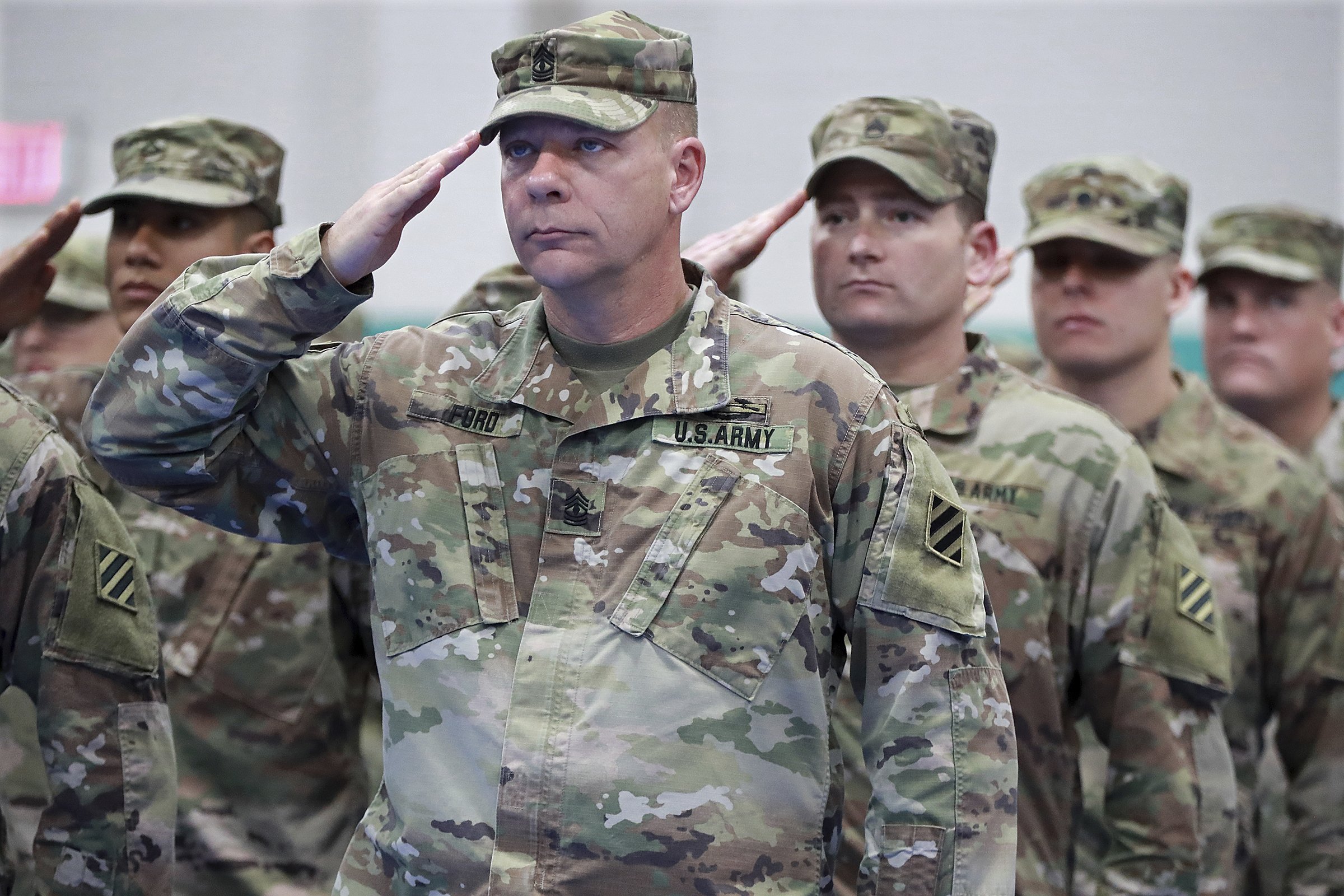 ISLAMABAD — The Taliban welcomed the news of the U.S. plan to withdraw half its troops in Afghanistan by the summer, while Afghan generals warned Friday it would be a blow to the morale of the country’s beleaguered security forces, who come under daily attacks from the insurgent fighters.

The announcement seems certain to complicate efforts to reach a peace deal, mostly because it gives the Taliban leverage by allowing them to hold off until a total U.S. withdrawal, or step up their demands over a weakened Afghan government.

“I believe the Taliban will see this as a reason to stall, and therefore it disincentivizes the Taliban to actually talk to the Afghan government, which it has refused to do,” said Bill Roggio an Afghanistan analyst with the Washington-based Foundation for Defense of Democracies.

Afghanistan’s security forces rely heavily on U.S. airpower against both Taliban and an upstart Islamic State affiliate, and Afghan military officials note the announcement by the Trump administration comes at a time when the country’s security is at its worst since 2014, when more than 100,000 NATO troops pulled out of the country and handed off security to Afghans. The U.S. and NATO retreated into a training and advising role.

“A complete withdrawal of U.S. forces would very likely cause the Taliban to make gains in key areas throughout Afghanistan,” Roggio said. “This likely would cause the general collapse of the (Afghan National Security and Defense Force) as a cohesive fighting force and lead to the return of the warlords.”

U.S. President Donald Trump considers the war in Afghanistan a lost cause and has long pushed to pull the troops out. His decision was made public a mere few hours after he abruptly announced the U.S. was withdrawing troops from Syria.

Trump’s state of mind is sure to have given a sense of urgency to U.S. peace envoy Zalmay Khalilzad, who has been working to reach a negotiated end to America’s longest war and has been pushing for a deal by April.

In an interview with Afghanistan’s TOLO TV on Thursday — hours before the withdrawal plans were announced — he noted Trump had campaigned for president on a promise to end the Afghan war, which has already cost Americans nearly $1 trillion. More than 2,400 American soldiers have also died in Afghanistan since the 2001 U.S.-led invasion.

“There was little doubt that Amb. Khalilzad was always working with limited time and a zeal of desperation to achieve something before the president pulled the plug,” said Daniel Markey, senior research professor at Johns Hopkins University’s School of Advanced International Studies.

A Taliban official told The Associated Press the announcement was a positive step. Speaking on condition of anonymity because he was not authorized to speak to the press, the official said Taliban officials think the promised departure could help the peace process because it could “lead to trust building that the U.S. wants a political solution.”

But there was no sign the Taliban were ready to move on the two major sticking points: Direct talks with the Afghan government and a cease fire while the two sides negotiate Khalilzad’s so-called “roadmap for the future of Afghanistan.”

Peace talks aside, the announced withdrawal has Afghan generals and analysts worried about the ability of the beleaguered Afghan National Afghan Security Force to stave off a Taliban insurgency unfettered by U.S. troops and their pounding air power.

The Taliban are already stronger today than they have been since their ouster in 2001, controlling or holding sway over nearly half the country.

Several high ranking Afghan military officials, who spoke on condition they not be identified because they were not authorized to speak to the media, said the morale of Afghanistan’s undertrained and poorly equipped security forces was already at a dangerously low ebb. The troops routinely complain about reinforcements that arrive too late, equipment that fails and even running out of food.

The officials called America’s withdrawal a defeat, comparing it to the U.S.’s evacuation from Vietnam, and Russia’s 1979 forced withdrawal from Afghanistan that capped a failed 10-year campaign.

U.S. troops invaded Afghanistan in November 2001 in response to the Sept. 11 attacks. Their ouster of the Taliban returned to power former warlords, whose bitter infighting and runaway corruption had resulted in vast tracts of the capital Kabul being destroyed and given rise to the Taliban, who used a strict and harsh interpretation of Islam to restore calm to the country.

Ordinary Afghans have mixed feelings about the presence of U.S. and NATO troops. Many fear their departure believing it will strengthen the Taliban, yet criticize their presence for doing little to improve security, which has deteriorated. Afghans complain bitterly about their deeply corrupt government and see the U.S. — which largely bankrolls the government — as responsible.

Neighbor Pakistan, who has been harshly criticized by Trump for not doing enough to bring the Taliban to the table, had warned that a sudden departure of U.S. troops would result in chaos in Afghanistan and destabilize the region.

“The last thing it (Pakistan) wants is a radical Islamist state on its Western border, even if that eliminates or reduces Indian influence in Afghanistan,” said Shuja Nawaz, author and fellow at the Atlantic Council’s South Asia Center.