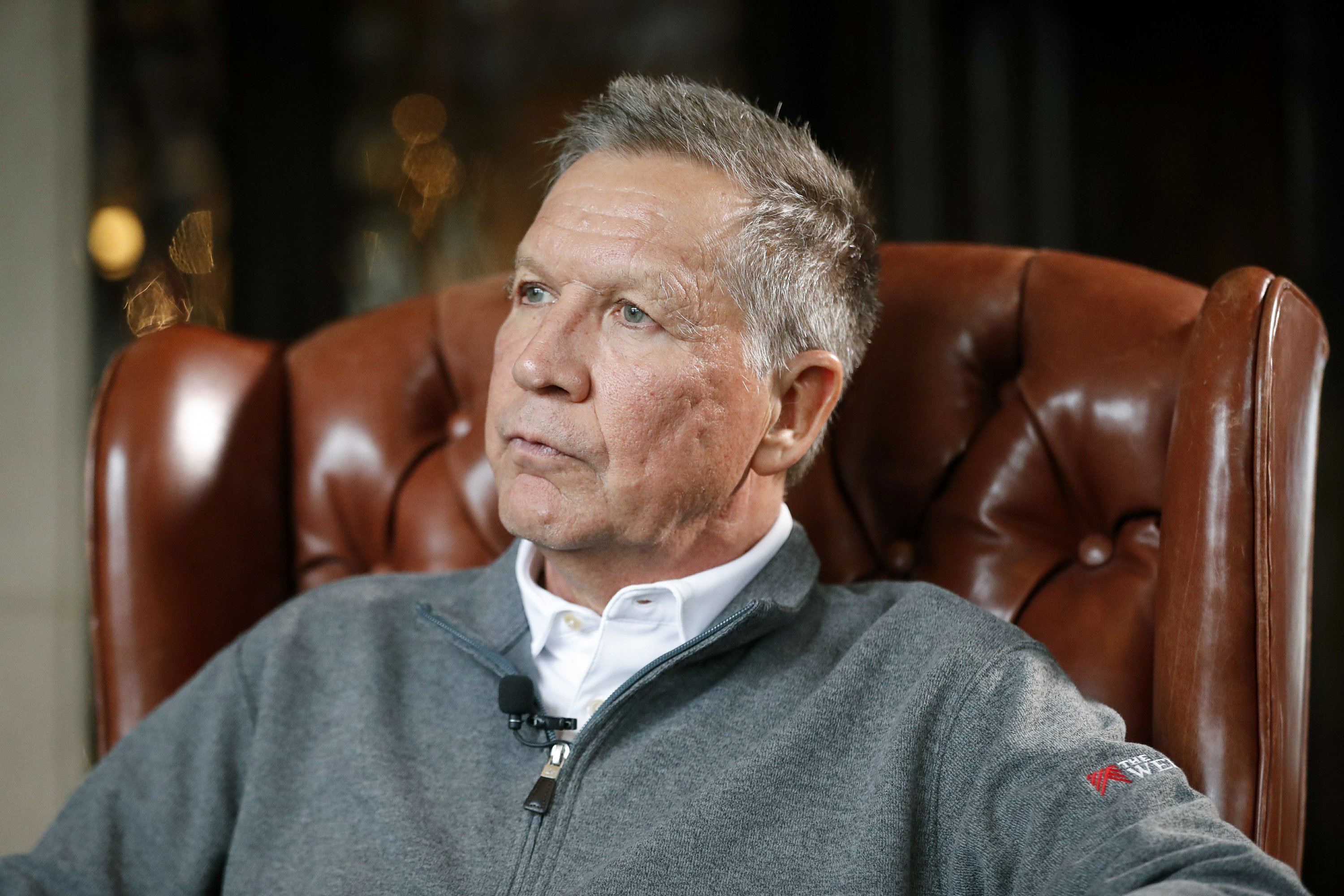 COLUMBUS, Ohio — Ohio has moved again to impose some of the most far-reaching abortion restrictions in the nation, after Republican Gov. John Kasich signed a ban Friday on dilation and evacuation terminations and set up a showdown with lawmakers over his veto of the so-called heartbeat bill.

Kasich had previously signed 20 abortion-limiting proposals into law in this politically divided state since taking office in 2011, including a 20-week ban that both sides agree is unconstitutional. The number of full-service Ohio abortion clinics has shrunk from 16 to seven since he took office.

But the heartbeat bill has twice proven too extreme for Kasich, a potential 2020 presidential candidate who’s spent the past two years in a quest for bipartisan consensus.

The measure calls for banning the procedure once a fetal heartbeat is detected. That can happen as early as six weeks into pregnancy. Kasich vetoed a similar bill two years ago and did so again Friday.

In a veto message, he said the heartbeat bill is likely to be struck down as unconstitutional — but only after a costly court fight.

Ohio lawmakers return to Columbus on Thursday to consider overrides of several Kasich vetoes, although it’s unclear whether they’ll have enough votes to override the heartbeat bill veto. Among factors are vacation schedules and the fact that Kasich’s successor, Gov.-elect Mike DeWine, has said he would sign a heartbeat bill once he takes the helm.

Kasich signed the ban on dilation and evacuation terminations, a procedure known as D&E that is a common second-trimester abortion method. Similar laws have been rejected by the courts.

Janet Porter, president of Faith2Action and the heartbeat bill’s author, said she believes Ohio is more conservative today than it was when her effort began nearly eight years ago. Advances in medical technology that have allowed fetal heartbeat detection earlier in pregnancy have also helped her make her case, she said.

Many Republican lawmakers initially looked askance at Porter’s lobbying tactics, which included teddy bear and balloon deliveries to legislators’ offices, an ultrasound conducted during a committee hearing and a Statehouse flyover. But now she said anti-abortion activists in other states, including Mississippi and Alabama, are looking to Ohio as a model.

Kellie Copeland, executive director of NARAL Pro-Choice Ohio, rejects the suggestion that Ohioans are clamoring for the heartbeat bill any more today than they were in 2011. She said term-limited lawmakers elected from safe legislative districts redrawn in Republicans’ favor are pushing measures that are not necessarily in step with the state as a whole.

“Those of us around at the Statehouse have increasingly become accustomed to the theatrics and the antics of the anti-choice organizations,” Copeland said. “That doesn’t make their policy positions any better or any more in line with public health.”

Opponents of the heartbeat bill include the American College of Obstetrics and Gynecology and the Ohio Medical Association. Ohio Right to Life, the state’s oldest and largest anti-abortion organization, remains neutral.

Elizabeth Nash, a policy analyst for the Guttmacher Institute, a policy group that supports abortion rights, said the heartbeat bill may have won vetoproof majorities for the first time in the Ohio House and Senate as the latest class of conservative lawmakers looks to make their mark on one of the last remaining wedge issues.

“Ohio has added so many abortion restrictions that this was just about the only thing left to pass. Ohio has the 20-week ban, waiting period, counseling, ultrasound, clinic regulations,” she said. “So Ohio has every single abortion restriction on the books. This is what’s left.”

No longer unified around previous wedge issues like gay marriage or gun rights, “Republicans or the conservatives have taken to considering abortion restrictions as the way to prove your conservative bona fides,” she said.

Ohio Right to Life President Mike Gonidakis said the ban on D&E that opponents call “dismemberment abortion” was more successful because his group built up to it over time. About 17 percent of abortions performed in Ohio last year used this method.

“If we could just introduce a bill that banned abortion at the moment of conception and have it signed by the governor and upheld in the courts, we would have done that eight years ago,” he said. “Our problems lie in the federal court. So that’s why the incremental approach works best. If you ask for everything, the courts never say yes.”

“It takes away every excuse that Right to Life has had, the governor’s had,” she said. “You don’t have to be a constitutional scholar to count to five.”