No US charges against Chinese billionaire in alleged assault 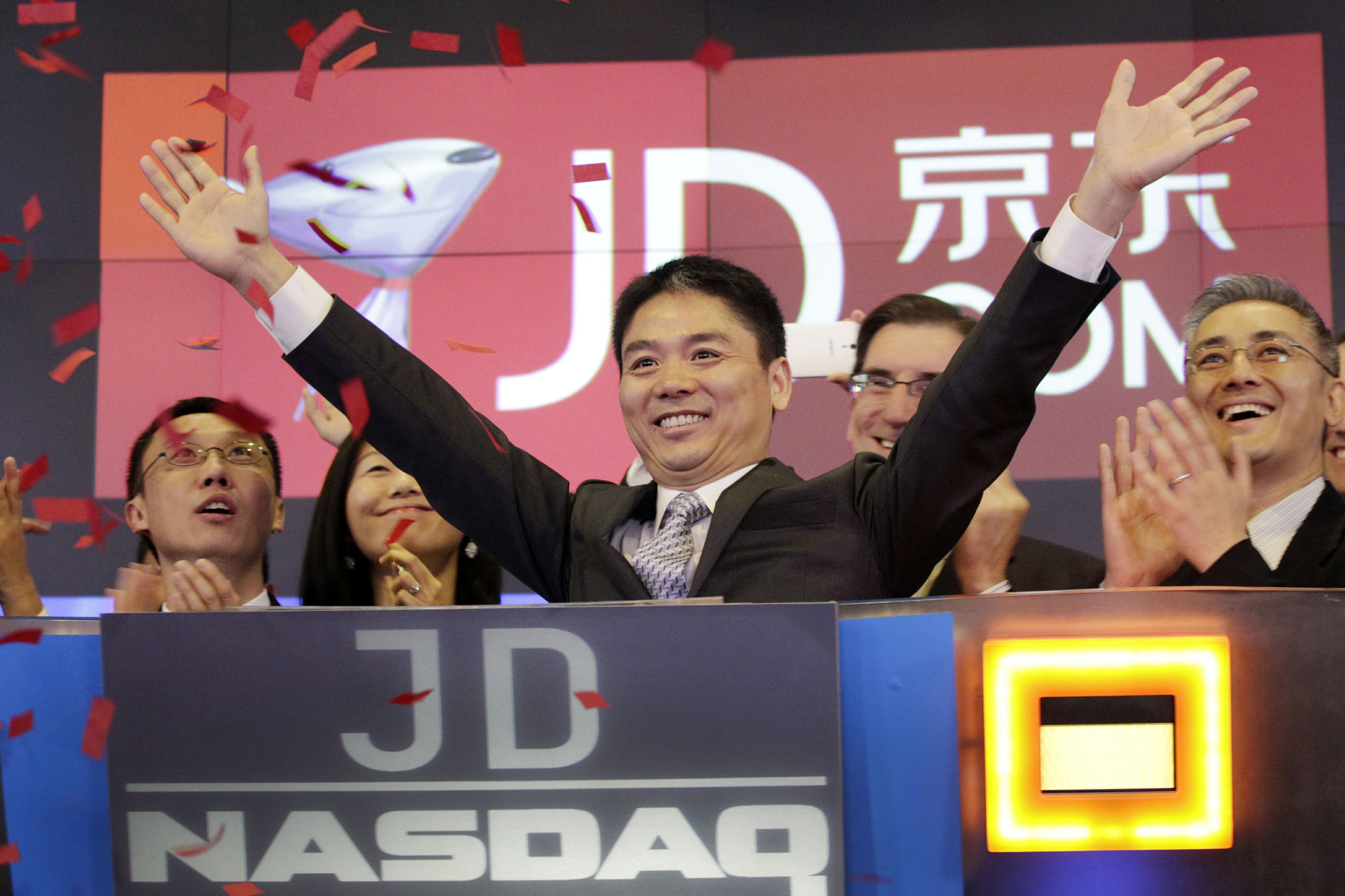 MINNEAPOLIS — Chinese billionaire Richard Liu will not face charges over a rape accusation by a Chinese woman studying in Minnesota because prosecutors said Friday they could not prove his guilt beyond a reasonable doubt.

Liu, founder of the Beijing-based e-commerce site JD.com, was arrested Aug. 31 in Minneapolis on suspicion of felony rape and released within hours. He returned to China.

Prosecutors said that “profound evidentiary problems” would have made it “highly unlikely” that any charge could have been proven beyond a reasonable doubt.

In a statement, Hennepin County Attorney Mike Freeman said that as prosecutors reviewed surveillance video, text messages, police body camera video and witness statements, “it became clear that we could not meet our burden of proof and, therefore, we could not bring charges.”

After the prosecutor’s decision was announced, Liu issued a statement on his Chinese social media account saying, “This proves I broke no law.”

“My interactions with this woman, however, have hurt my family greatly, especially my wife. I feel deep regret and remorse and I hope she can accept my sincere apology. I will continue to try in every possible way to repair the impact on my family and to fulfill my responsibility as a husband,” Liu said in his statement, which JD.com shared in a translation he provided.

He said he did not respond to comments on the internet while the investigation was ongoing to avoid interfering with police and prosecutors.

Liu was in Minneapolis in August for a weeklong residency as part of the University of Minnesota’s doctor of business administration China program. The four-year program in the university’s management school is geared toward high-level executives in China and is a partnership with Tsinghua University School of Economics and Management.

Jill Brisbois, an attorney for Liu, welcomed the prosecutor’s decision.

“This confirms our strong belief from the very beginning that my client is innocent,” Brisbois said in a statement. He said Liu was arrested “based on a false claim,” and that the investigation, “with which he fully cooperated,” vindicates him.

“Even though the prosecutor determined no criminal charges were warranted, Mr. Liu’s reputation has been damaged like anyone falsely accused of a crime,” Brisbois said.

Wil Florin, an attorney for the woman, said prosecutors never spoke to her before deciding not to charge Liu.

Florin said prosecutors never asked to meet with the woman, a Chinese citizen studying at the University of Minnesota on a student visa, and never asked her a question.

“Instead, they waited 4 months until late Friday before the Christmas holiday and issued a press release without even giving her the common courtesy of a meeting to advise her of their intentions,” Florin said.

Minneapolis Police Department spokesman John Elder said, however, that police had spoken with the woman “a number of times.”

Florin later said the woman is planning to sue. In a statement, Florin said a civil jury should determine whether Liu, JD.com and their representatives “should be held accountable for the events of that night. We look forward to that jury hearing the full and complete story.” He would not give details of the planned lawsuit, but told The Associated Press it would be in the U.S.

The woman has not been publicly identified. She is still enrolled at the university, Florin said.

On the night of the alleged attack, Liu and other executives went to Origami, a Japanese restaurant in Minneapolis. The woman went to the dinner as a volunteer, Florin said. She felt coerced to drink as the powerful men toasted her, he said.

Text messages reviewed by The Associated Press and portions of the woman’s interviews with police show the woman claims Liu dragged her into a vehicle and made advances, despite her protests. The woman texted a friend: “I begged him don’t. But he didn’t listen.” She said he raped her at her apartment.

Liu, known in Chinese as Liu Qiangdong, is a prominent member of the Chinese tech elite , with a fortune of $7.5 billion. He is part of a generation of entrepreneurs who have created China’s internet, e-commerce, mobile phone and other technology industries since the late 1990s. The son of peasants, Liu built a Beijing electronics shop into JD.com, China’s biggest online direct retailer, selling everything from clothes to toys to fresh vegetables.

He has continued to lead the company since his arrest.

The announcement on Liu comes at a time of heightened tensions between the U.S. and China over trade and the arrest of another prominent Chinese tech executive.

The U.S. reportedly wants her extradited to face allegations the company evaded U.S. sanctions on Iran. Huawei is China’s first global tech competitor, making it politically important to a ruling Communist Party. But the U.S. government believes that doing business with Huawei is a national security risk.

On the same day the Huawei executive was arrested, President Donald Trump and Chinese President Xi Jinping agreed to a 90-day truce in their trade war while officials try to negotiate an agreement. China retaliated against U.S. imports such as soybeans after Trump imposed tariffs on billions of dollars in Chinese goods. The dispute has roiled stock markets and raised concern that it could hurt the global economy.