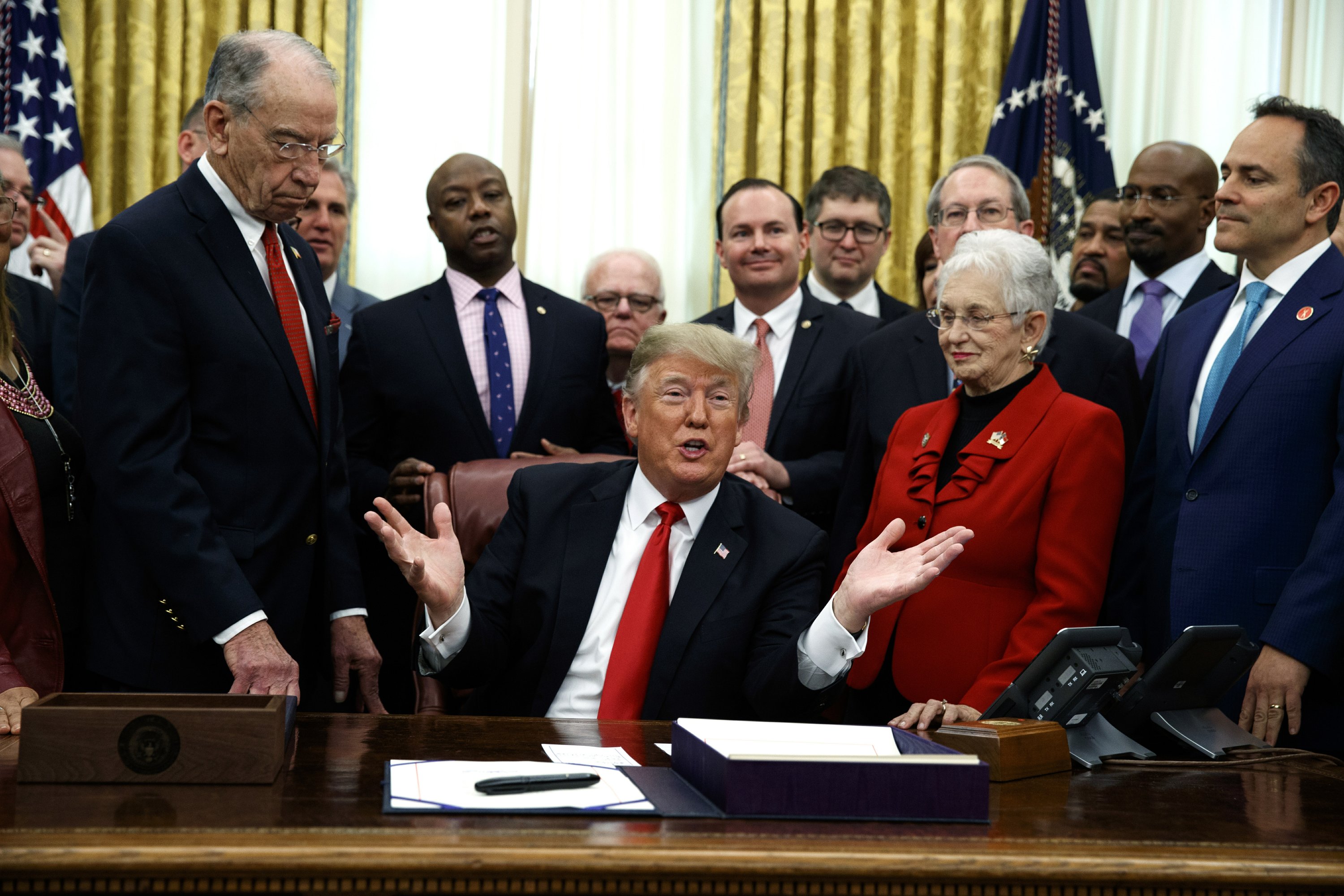 Trump called the bill “an incredible success for our country” and “beyond bipartisan” during an Oval Office signing ceremony.

Lawmakers and advocates also hailed it as a hugely influential package and thanked the president for supporting the issue.

The legislation will give judges more discretion when sentencing some drug offenders and will boost prisoner rehabilitation efforts, among other efforts.

It received the rare support of both Democratic and Republican lawmakers as well as conservative and liberal groups that rarely work together.

Playing a key role behind the scenes was Trump’s son-in-law and senior adviser Jared Kushner, whose father spent time in federal prison when he was younger.