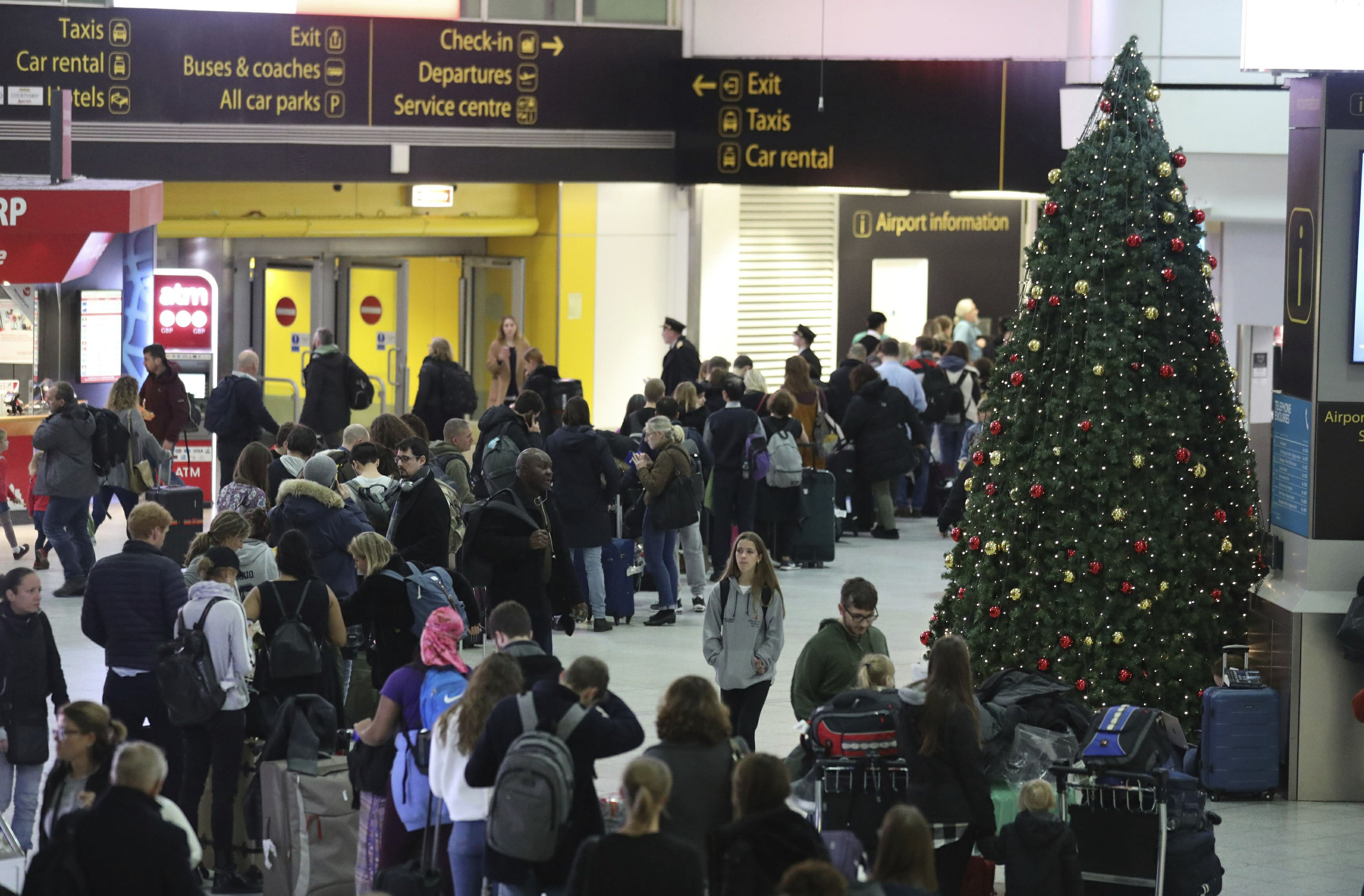 LONDON — London’s Gatwick Airport is seeking to run a full schedule Saturday after police arrested a man and a woman in connection with the “criminal use of drones.”

In a statement, Britain’s second-biggest airport said it is operational but urged passengers, tens of thousands of whom have been stranded since the drone incursions began on Wednesday evening, to check the status of their flights.

“Passengers should expect some delays and cancellations as we continue to recover our operations following three days of disruption and are advised to check with their airline before travelling to the airport,” a Gatwick spokesman said.

“Safety is Gatwick’s top priority and we are grateful for passengers’ continued patience as we work to get them to their final destination in time for Christmas.”

New drone sightings Friday had caused fresh problems for holiday travelers at the airport, which reopened in the morning after a 36-hour shutdown only to hastily suspend flights for more than an hour in the late afternoon on one of the busiest travel days of the year. Officials said extra military capabilities allowed flights to resume after the halt.

The hope is that the airport can make up much of the backlog and get passengers where they hope to be for Christmas now that Sussex police have arrested two suspects. Those arrested have not been named and have not been charged. Police did not say where the arrests that took place late Friday were made.

“Our investigations are still ongoing, and our activities at the airport continue to build resilience to detect and mitigate further incursions from drones by deploying a range of tactics,” said Superintendent James Collis.

“We continue to urge the public, passengers and the wider community around Gatwick to be vigilant and support us by contacting us immediately if they believe they have any information that can help us in bringing those responsible to justice.”

The persistent drone crisis at Gatwick, located 30 miles (45 kilometers) south of London and which serves 43 million passengers a year, has had ripple effects throughout the international air travel system.